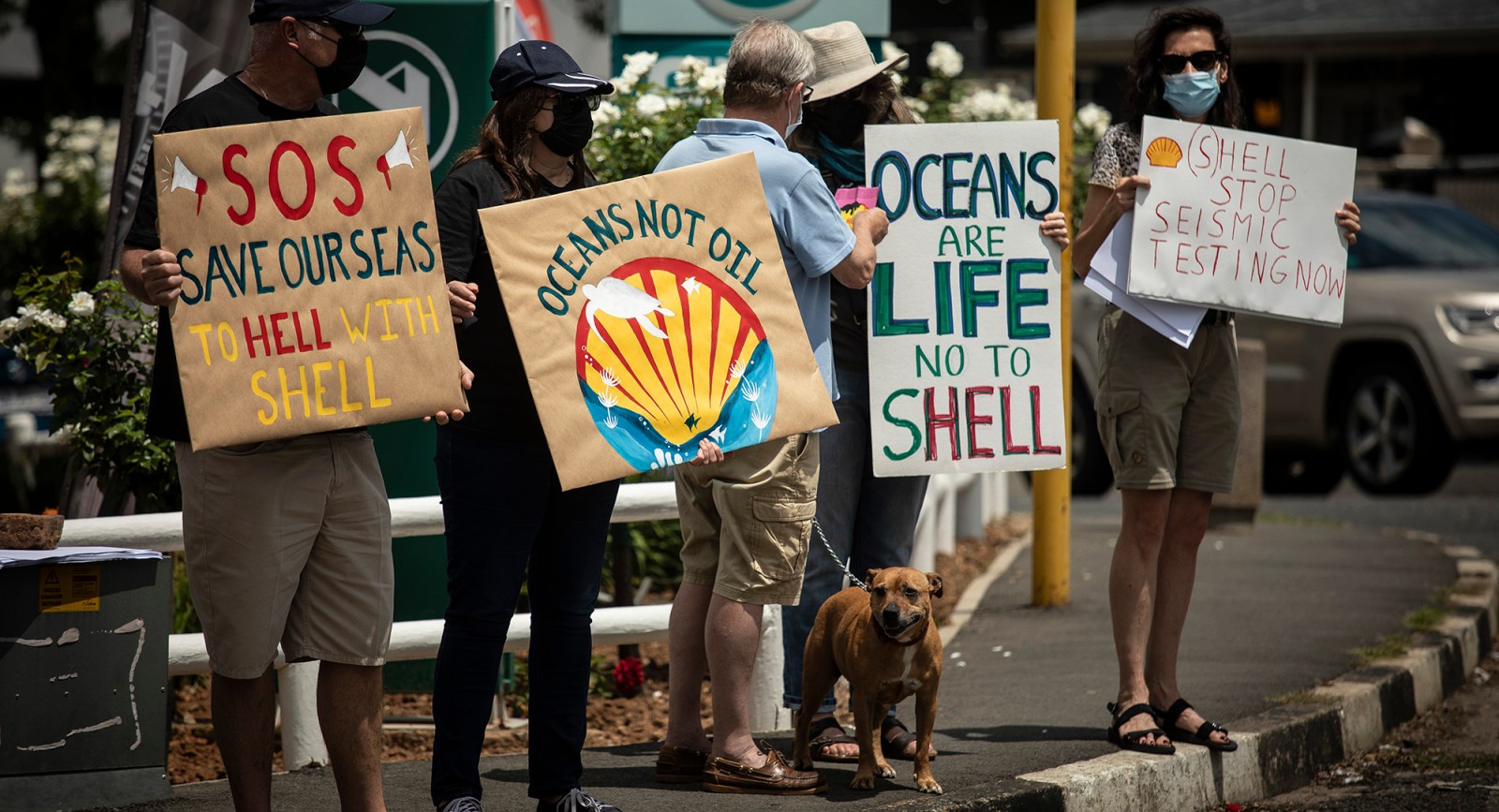 The news comes after widespread protests by environmental activists across the country, a failed court case and another interdict on the cards calling for Shell to halt the survey.

With the Amazon Warrior survey ship already carrying out seismic blasting off the Wild Coast in search of oil and gas, the Eastern Cape Executive Council has supported the seismic survey by Shell and suggested that it will be conducted in a manner that minimises harm to the environment.

Last week, Eastern Cape Premier Lubabalo Oscar Mabuyane’s spokesperson, Khuselwa Rantjie, said the Cabinet had affirmed that exploring sustainable developments is critical if the province is to shift from being one that sends labour to other provinces, to one that creates economic opportunities for its citizens.

“Shell will be invited to brief the Cabinet on the project,” she said.

This comes after widespread protests by environmental activists across the country, a failed court case and another interdict on the cards, calling for Shell to halt the survey.

On Monday afternoon, Pam Ntaka, a spokesperson for Shell Downstream South Africa, confirmed that the survey is under way.

Daily Maverick recently reported that Mineral Resources and Energy Minister Gwede Mantashe lambasted those who protested against the seismic survey for “oppressing” economic development. He called environmental activism “apartheid and colonialism of a special type”.

On Tuesday, environmental law firm Richard Spoor Attorneys and the Legal Resources Centre representing Sustaining The Wild Coast, Mashona Wetu Dlamini, Dwesa-Cwebe Communal Property Association, Ntshindisk Nongcavu, Sazise Maxwell Pekayo, Cameron Thorpe, and All Rise, Attorneys for Climate and the Environment were due to apply for an interim interdict to stop Shell from conducting the survey for hydrocarbon reserves between Gqeberha and Ramsgate. The matter was postponed on Tuesday morning and set down for Friday.

Since the news of the planned seismic survey broke out, there has been a public outcry, leading to the Eastern Cape fuel supplier Express Petroleum  cutting all ties with Shell.

Last week, Vincent Midas in East London said it would no longer support Shell or any of its products through future stock orders.

“Historically, we have always happily been a Shell stockist in the East London automotive after-market. However, we cannot sit idly by and do nothing about the impending seismic surveys and Shell’s potential plans for oil and gas extraction on our majestic Wild Coast,” said the company.

It added that the Wild Coast is one of South Africa’s untouched gems.

“It is… unique and unmatched in all our planet’s oceans… a world of its own… home to an abundance of wildlife, both land and sea; it also offers remote locations that we as South Africans are privileged to spend time in, relax in, and experience the primal beauty of nature.”

It said Shell is “simply another massive corporation looking to grow market share no matter the cost”.

And the National Council of Societies for the Prevention of Cruelty to Animals (NSPCA) said it had formally written to the government and Shell raising their concerns and objections to the seismic survey.

According to NSPCA, Shell claims that these surveys have been conducted by other companies in the past, with no negative damage to marine life.

“Why do we have to lose life, why do we have to wait for an animal to suffer before their welfare and wellbeing is taken seriously? Prevention is far better than cure, and it is disappointing that this lesson wasn’t applied in this case,” said NSPCA executive director Marcelle Meredith.

Meredith said the NSPCA had taken a stand against Shell and would not be using any of the services offered by its service stations.

“We implore the public to do the same,” said Meredith. DM/OBP