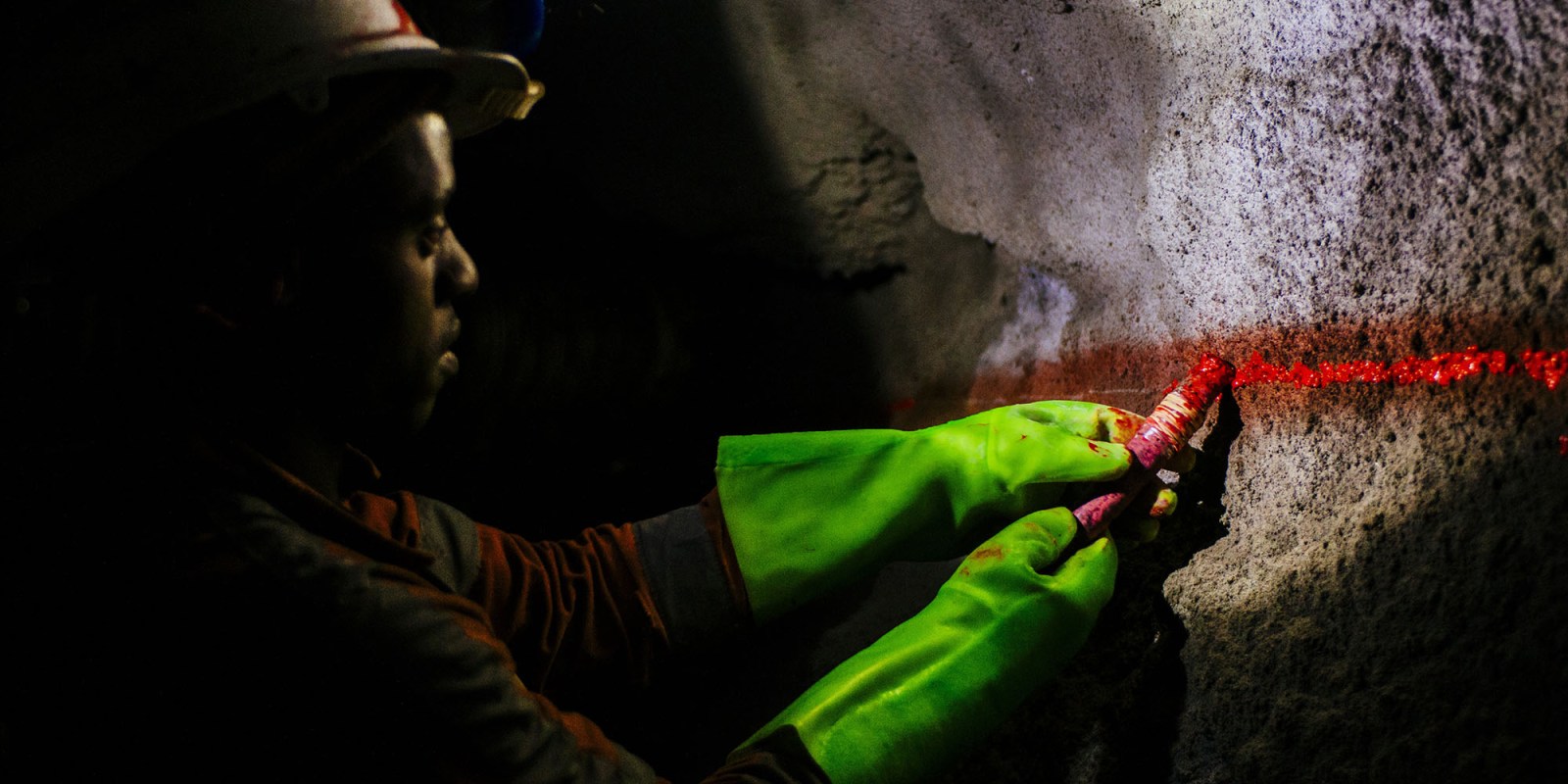 A miner marks a passageway wall inside a mine shaft at the Northam Platinum Booysendal mine in Mpumalanga, South Africa in this file picture. (Photo: Waldo Swiegers / Bloomberg via Getty Images)

Taken together, the data add to the mixed economic outlook for the fourth quarter of 2021. The economy contracted on a quarterly basis by 1.5% in the three months to the end of September, and the rebound this quarter is looking wobbly.

South African economic data for the fourth quarter (Q4) have been a decidedly mixed bag. Thursday’s data release maintained this trend, with mining production in October surprising on the upside and manufacturing surprising on the downside.

The mining data, released by Statistics South Africa (Stats SA), showed that the sector remains on a solid footing. Mining production rose by 2.1% in the year to October and by 3.4% compared with the previous month. There were expectations for a year-on-year contraction, so this was a surprise on the upside.

Mineral sales at current prices increased by 4.8% on an annual basis in October and 12.2% compared with September 2021, signalling that the commodity cycle remains buoyant.

The manufacturing sector by contrast did not fare so well in October, in large part because of the Numsa strike that month.

Manufacturing production fell by 8.9% compared with October of last year and on a seasonally adjusted basis by 5.9% from the previous month. Commentators all pointed to the Numsa strike, which highlights the impact that industrial action can have on the economy. Global supply shortages are probably also hitting production chains.

Taken together, the data add to the mixed economic outlook for Q4 of 2021. The economy contracted on a quarterly basis by 1.5% in the three months to the end of September, and the rebound this quarter is looking wobbly.

Retail trade sales for October were also disappointing, while the Sacci Business Confidence Index for November fell by more than two points and was the first month in 2021 in which the index was lower than the corresponding month last year. On the other hand, agricultural business confidence is at its highest level in two decades.

So, while there have been some green shoots this quarter, there are parts of the economy that are still withering on the vine. DM/BM