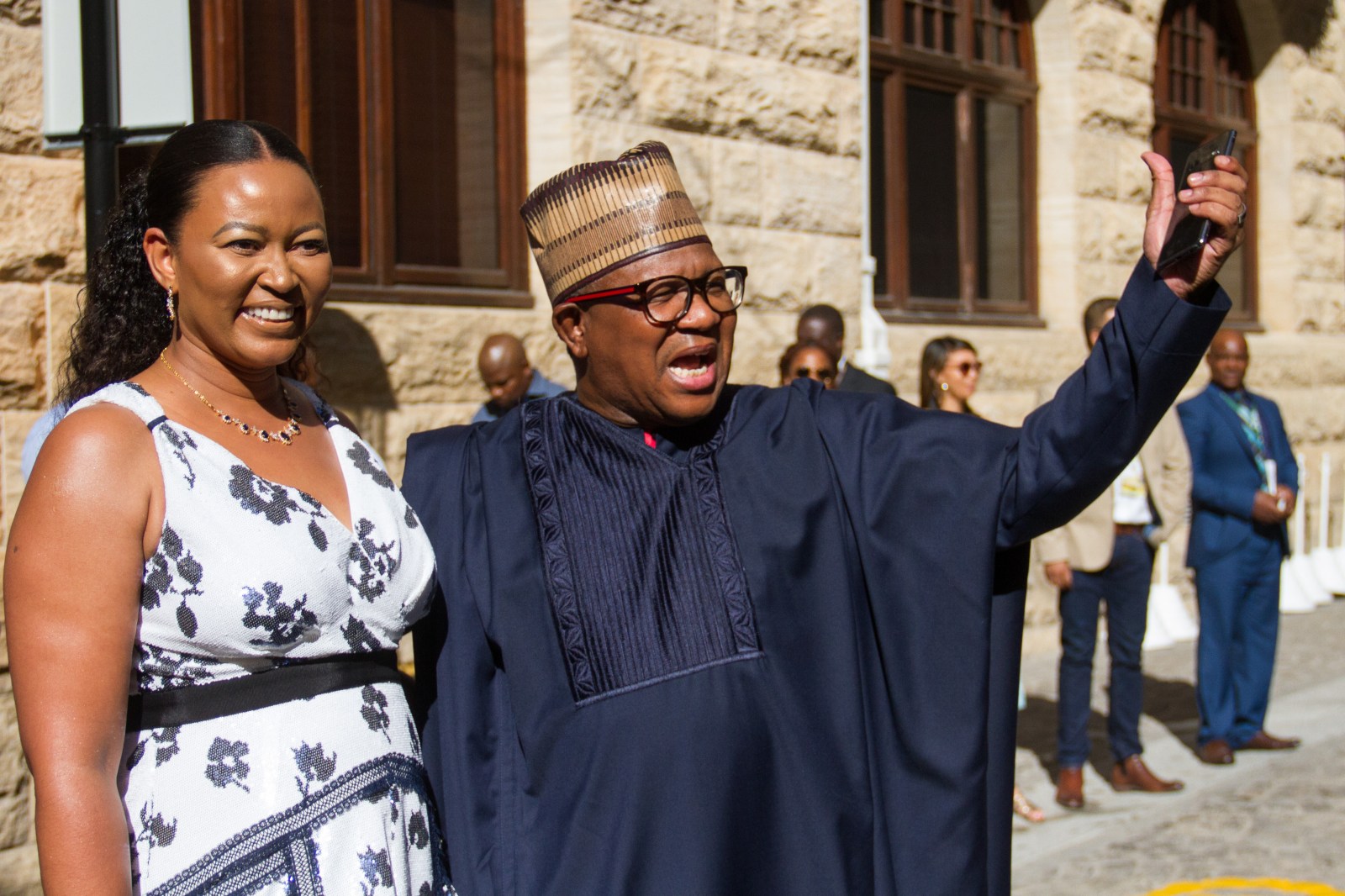 Minister of Transport Fikile Mbalula and his wife Nozuko Mbalula attend the 2020 State of the Nation Address at Parliament in Cape Town. (Archive photo: Ashraf Hendricks)

The minister accuses us of defamation but neglects to point out any factual errors in our article.

Minister of Transport Fikile Mbalula is demanding an apology and R2-million from GroundUp’s reporters Raymond Joseph and Masego Mafata and from Daily Maverick. This follows the publication last Monday of our article The minister, the Lottery boss and the luxury R5.6-million home by Daily Maverick.

The letter of demand from Mbalula’s lawyers, BBMLaw, claims that allegations in our article are wrongful and defamatory. Yet it does not point out any factual errors in the article.

The article describes the strange circumstances in which a house in Bryanston, Johannesburg, was purchased.

The letter claims that Daily Maverick readers will understand the article to mean that (1) Mbalula was associated with Solly Siweya (a businessman) and Phillemon Letwaba (the suspended National Lotteries Commission chief operating officer), (2) he had financial interests with them in relation to the house that is the subject of the story, and (3) he was the “benefactor or influenced questionable lottery grants”.

In fact, the article states: “We have seen no evidence of wrongdoing by the minister. But the circumstances of his involvement and the conduct of his associates do raise troubling questions.”

The letter states that if the demands are not met within five days, “we are instructed to institute the necessary legal proceedings to enforce our client’s rights”.

GroundUp’s lawyer has responded stating that the article was based on documents we obtained, matters of public record such as a Public Protector report, interviews with witnesses and responses provided by people who agreed to provide answers, including Mbalula, whose response was published in full.

“The curious involvement of [Mbalula and his wife’s] offer and sudden disappearance from the scene, are matters of the public interest, and relevant in the context of an article that dealt with Upbrand’s acquisition of the property shortly after [Mbalula’s] offer,” our lawyer’s letter states.

It also states that the facts that a company closely related to Letwaba and a charity that received lottery funding were involved in the sale process are matters of public interest.

“The article does not make any allegation that your client is in any other way associated with persons who are mentioned in the article, other than as referred to in the article. The article specifically does not allege that your client … was in any way involved in the business ventures of Messrs Letwaba and Siweya; was in any way financially associated with Messrs Letwaba and Siweya; or benefitted from or influenced questionable lottery grants.”

GroundUp stands by the article. We will not be apologising to Minister Mbalula, or paying him anything. We will defend any legal action taken against our journalists or us. Daily Maverick editors have informed us they will take the same position.