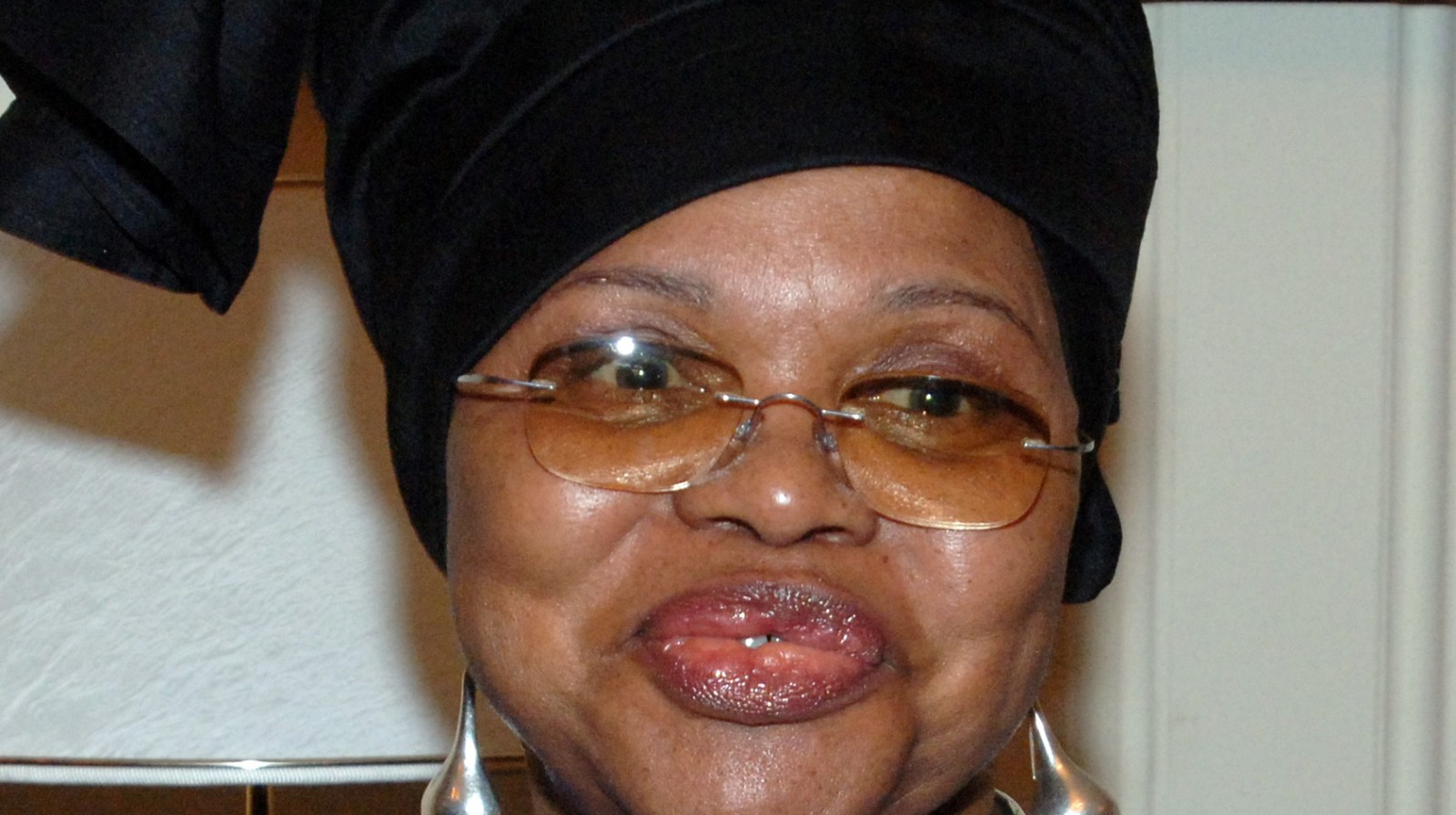 On Monday 6 December 2021, as the Thabo Mbeki Foundation we learnt with deep sadness of the sad passing of our beloved sister, friend and comrade, the Esteemed Member of the Order of Ikhamanga, Ambassador Lindiwe Mabuza, after a long battle with cancer.

Ambassador Lindiwe Mabuza was a self-effacing, guileless, and humane person, who served our country and its people with distinction for well over half a century in various capacities during both the Struggle for our liberation and the democratic dispensation. Following our country’s liberation in 1994, she was among the first women who were tasked to represent our country as ambassadors.

She was a strong supporter of our foundation and we have regularly depended on her to advise us as a member of our Council of Advisors.

Below we publish a comprehensive biography of Lindiwe Mabuza as published in her collection of poems and writings, Tambo Le Nyoka, which best captures her life, work, achievements and accolades. The collection was her tribute to the late President of the ANC, Oliver Reginald Tambo, the late Prime Minister of Sweden, Olof Palme and her dear brother and comrade, President Thabo Mbeki.

Lindiwe Mabuza was born in Newcastle in the former Natal province now known as KwaZulu-Natal. After matriculating she went to study at Pius XII University College, Roma, Lesotho then an affiliate of the University of South Africa but today known as the University of Lesotho.

On a scholarship, she went to Grailville Community College, Loveland, Ohio, USA, where she obtained a Diploma in Home Economics. She returned to Roma to complete her BA degree, majoring in English Literature and Zulu, graduating in 1961. She became a teacher and taught English, biology and Zulu literature at Manzini Central School, Swaziland.

In 1968 she took up the post of lecturer in the Department of Sociology at the University of Minnesota which enabled her to teach Black Literature and South African History within the African American Community to teenagers during the summer holidays at The Way Centre, North Minneapolis. In 1969 she became an Assistant Professor of Literature and History at Ohio University, Athens, Ohio at the Centre for African American studies, placing on the syllabus courses in both literature and history focusing on historical injustices in the US, South Africa, the Caribbean region and Palestine.

In January 1977 she took a giant leap, leaving her job that had guaranteed tenure, to work for the African National Congress (ANC) on a full-time basis.

At the movement’s headquarters in Lusaka, she was assigned work as a radio journalist with ANC Radio Freedom broadcasting into South Africa from the Radio Zambia studios. She became the editor of the journal, Voice of Women (VOW), Chairperson of the ANC Cultural Committee with the specific assignment to ensure the development of Amandla, the ANC Cultural Ensemble, for international mobilisation against apartheid and support for the ANC. There were two tours of Amandla, each covering six countries, plus fundraising campaigns for the construction of the ANC’s premier project, the Solomon Mahlangu Freedom College (Somafco), in Mazimbu, Tanzania.

In 1979 she was appointed by OR Tambo as the Chief Representative of the ANC to the Scandinavian countries, based in Sweden, until 1987. She was responsible for the opening of the ANC office in Denmark in 1985, Norway in 1986 and Finland in 1987.

Following this success, she was transferred to the United States where she opened the ANC office in Washington DC. She served as the ANC Chief Representative to that country from 1989 to 1994. During her tenure, the first visit of the United Democratic Front (UDF) delegation led by Mrs Albertina Sisulu and also the historic visit of Mr Nelson Mandela took place.

President Nelson Mandela appointed her as Ambassador to Germany from 1995 to 1999. Under President Thabo Mbeki she was appointed as the High Commissioner to Malaysia, Brunei and a non-Resident Ambassador to The Philippines (based in Malaysia) from 1999 to 2001. There, the drama of the hostage crisis unfolded with two South African nationals, Callie and Monique Strydom, caught in the middle. Eventually, they were safely released into her keep.

From 2001 to 2009 she served as the High Commissioner to the UK and Northern Ireland. She has garnered a number of awards, both local and international, including:

Mabuza was a prolific writer and has published a number of books and several volumes of poetry.

She initiated and edited an anthology of poems by ANC women titled Malibongwe in 1980 (which was translated into German and Russian) and a volume of short stories by ANC women in exile, One Never Knows, in 1989. She also published three children’s booklets: Mbindi and Goga, Mbindi and the Flying Machine and A-Z South African Animals (2007).

She also initiated and compiled (edited by Pallo Jordan) Oliver Tambo Remembered, a collection of essays by 80 contributors in commemoration of OR Tambo’s 90th birthday.

As a board member of the Thabo Mbeki Foundation, she initiated the book, co-edited by Dr Sifiso Ndlovu and Miranda Strydom, The Thabo Mbeki I Know. She initiated, compiled and edited a compilation of letters to “Uncle OR Tambo” by those who, as children and youths in exile, had encountered him, titled Conversations with Uncle OR Tambo – Childhood Memoirs from Exile (2018).

For over a decade, Ambassador Mabuza served as a member of the advisory council of our foundation. We are privileged to have had an opportunity to directly benefit from her well of experience, and greatly honoured that our foundation’s name was associated with a person of her calibre and stature.

The Patron of the TMF, President Thabo Mbeki, our board and the staff, would like to convey our deepest condolences to Ambassador Mabuza’s family and her fellow cultural workers here at home and across the world.

May her soul rest in eternal peace. DM