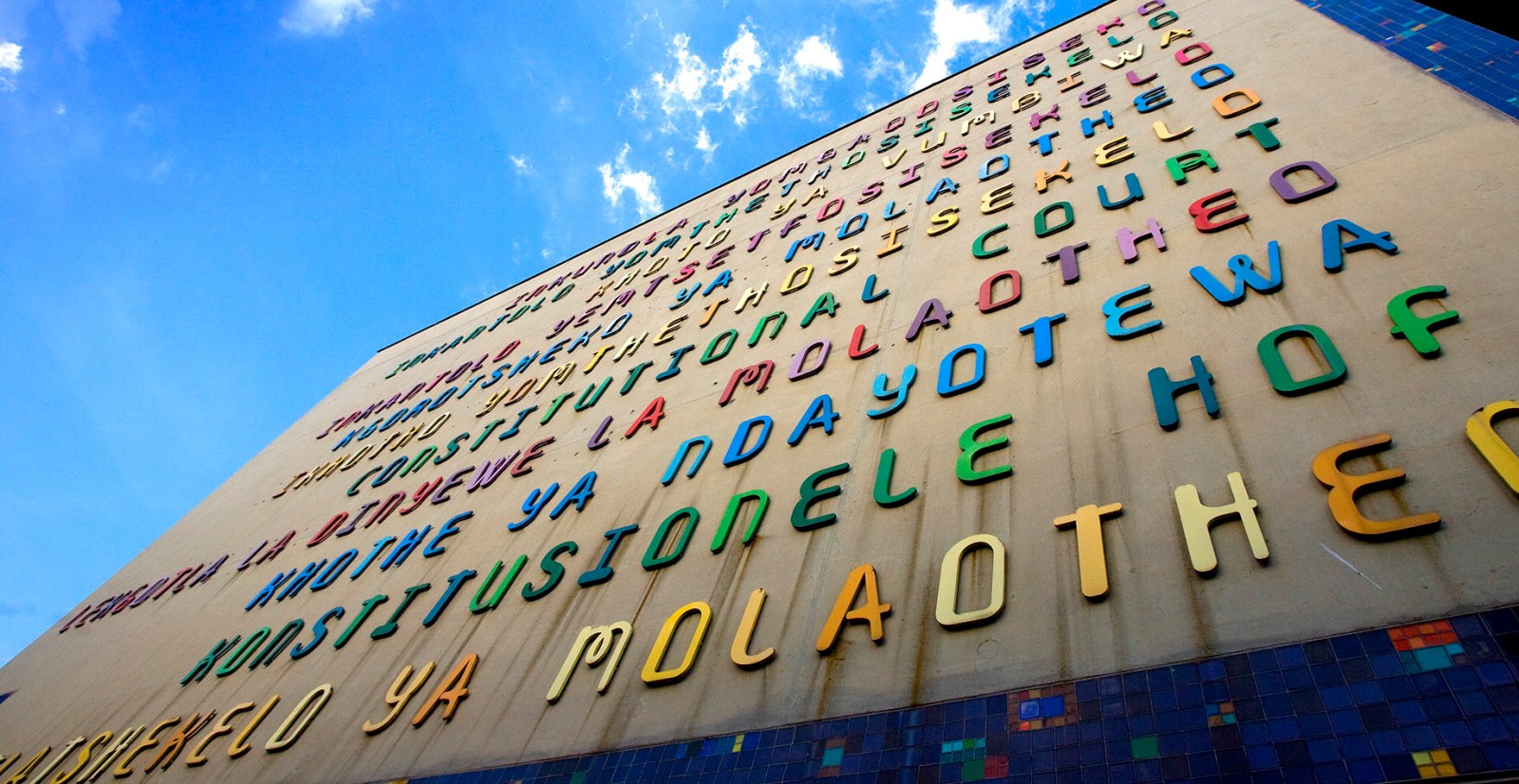 Friday 10 December 2021, marks 25 years of our country’s constitution and Maverick Citizen will be publishing articles throughout the week commemorating the occasion with various reflections from ordinary South Africans and civil society. The articles will culminate in a special newsletter that will go out on Friday 10 December.

The HIV/Aids Conference in Africa (ICASA) will take place from Monday 6 December to Saturday 11 December 2021. The overall objective of the conference is to highlight the diverse nature of Africa’s HIV epidemic and its unique response to it. You can find out more about the conference here.

On Monday 6 December at 6.30pm, the SAMRC Bioethics Advisory Panel will be hosting a webinar titled Is there a case to be made for Covid-19 vaccinations in children? The discussion will also be asking whether vaccinating children will result in a decrease in community spread. You can register to attend the discussion here.

On Tuesday 7 December at 8.30am, the World Inequality Lab will be launching the 2022 World Inequality Report. It will present the most up-to-date and complete data on the various facets of inequality worldwide as of 2021: global wealth, income, gender and ecological inequality. The data and analysis are based on several years’ work by more than one hundred researchers from around the world. Amongst the key findings are that South Africa is one of the world’s most unequal countries in the world, with available estimates suggesting that income inequality in South Africa has been extreme throughout the 20th and 21st centuries.

On Tuesday afternoon at 3.30pm, The Social Change Initiative, Ariadne and the Global Citizens Circle are hosting a webinar titled Tackling violent extremism: Lessons from Greece — what can we learn? Just over a year ago, a Greek court declared the far-right party Golden Dawn a criminal organisation and its leaders were imprisoned. The verdict was the culmination of a hard-fought battle over many years by activists in Greece and internationally. The webinar will focus on the key lessons and insights on the defeat of Golden Dawn — what strategies and approaches were used, what brought about success and what do we need to be vigilant of and cognisant about in the future? You can register to attend here. 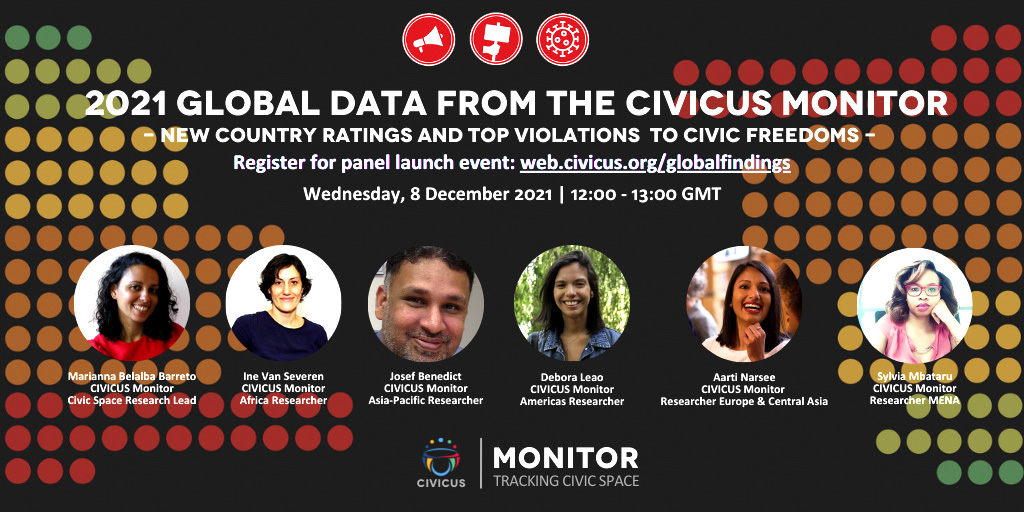 On Wednesday 8 December at 12pm The Civicus Monitor will be launching a report on New Country Ratings and Top Violations to civic freedoms, showing how South Africa has been downgraded by the global rights index. Topics covered include:

The Civicus Monitor is also concerned about the death of public figures who have challenged government and business accountability. You can attend the webinar discussion here.

Later on Wednesday at 6pm, Jacana Conversations will be launching a book titled the International Brigade against Apartheid: Secrets of the People’s War that Liberated South Africa. The book is edited by former government minister, struggle veteran and activist Ronnie Kasrils and the foreword written by former government minister, struggle veteran and historian Pallo Jordan. The launch will discuss the relevance and lessons of international solidarity in the past and the challenges of today. You can register to join the launch here. 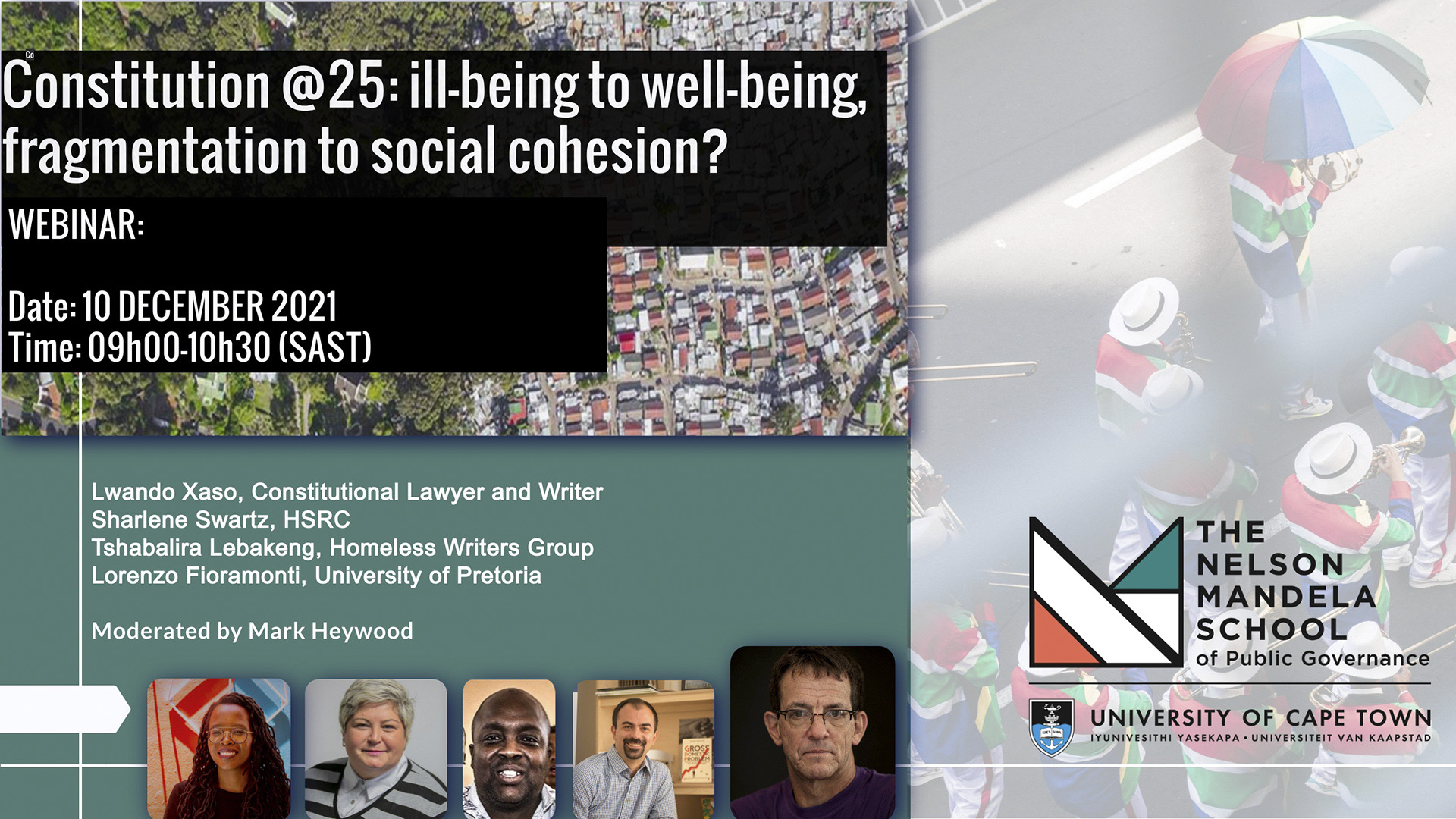 Friday 10 December is Human Rights Day and at 9am the Nelson Mandela School of Public Governance will be commemorating the 25th anniversary of the constitution with a webinar titled Ill-being to Wellbeing — Fragmentation to Social Cohesion which will be moderated by Maverick Citizen editor Mark Heywood. You can register to view the webinar here. 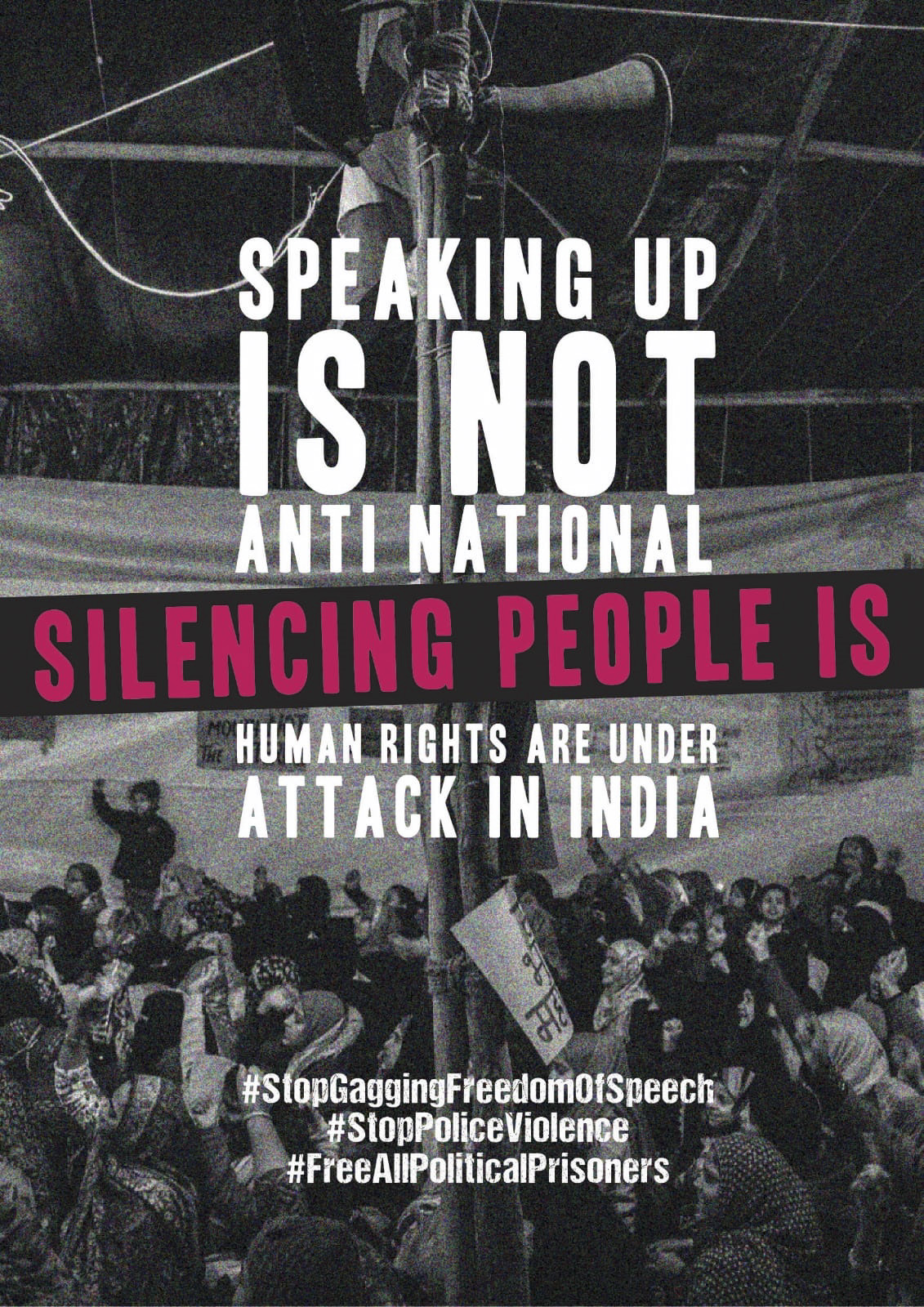 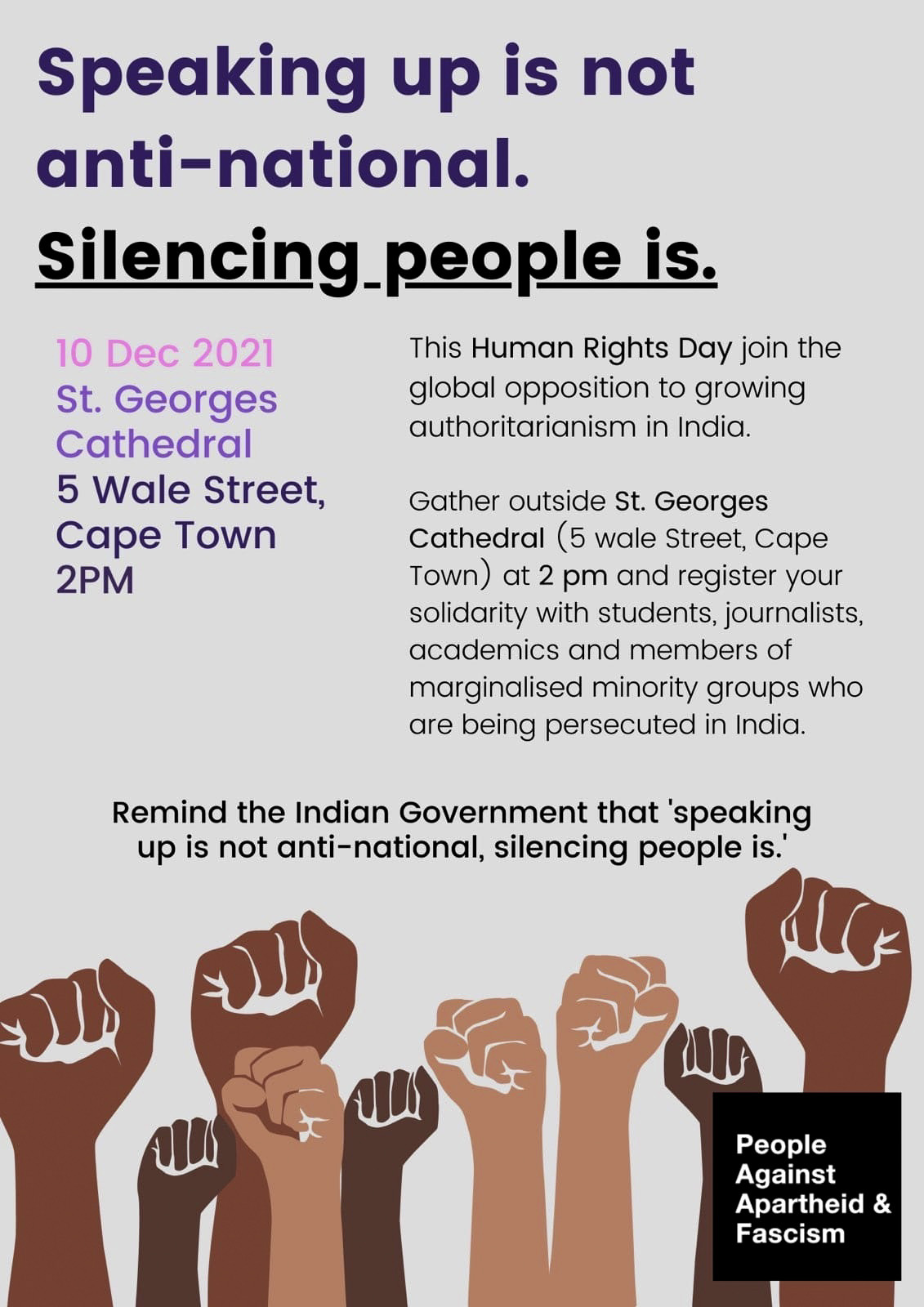 Later on Friday at 2pm, People Against Apartheid and Fascism will be holding a demonstration on Global Opposition to Growing Authoritarianism in India at St George’s Cathedral in Cape Town. DM/MC