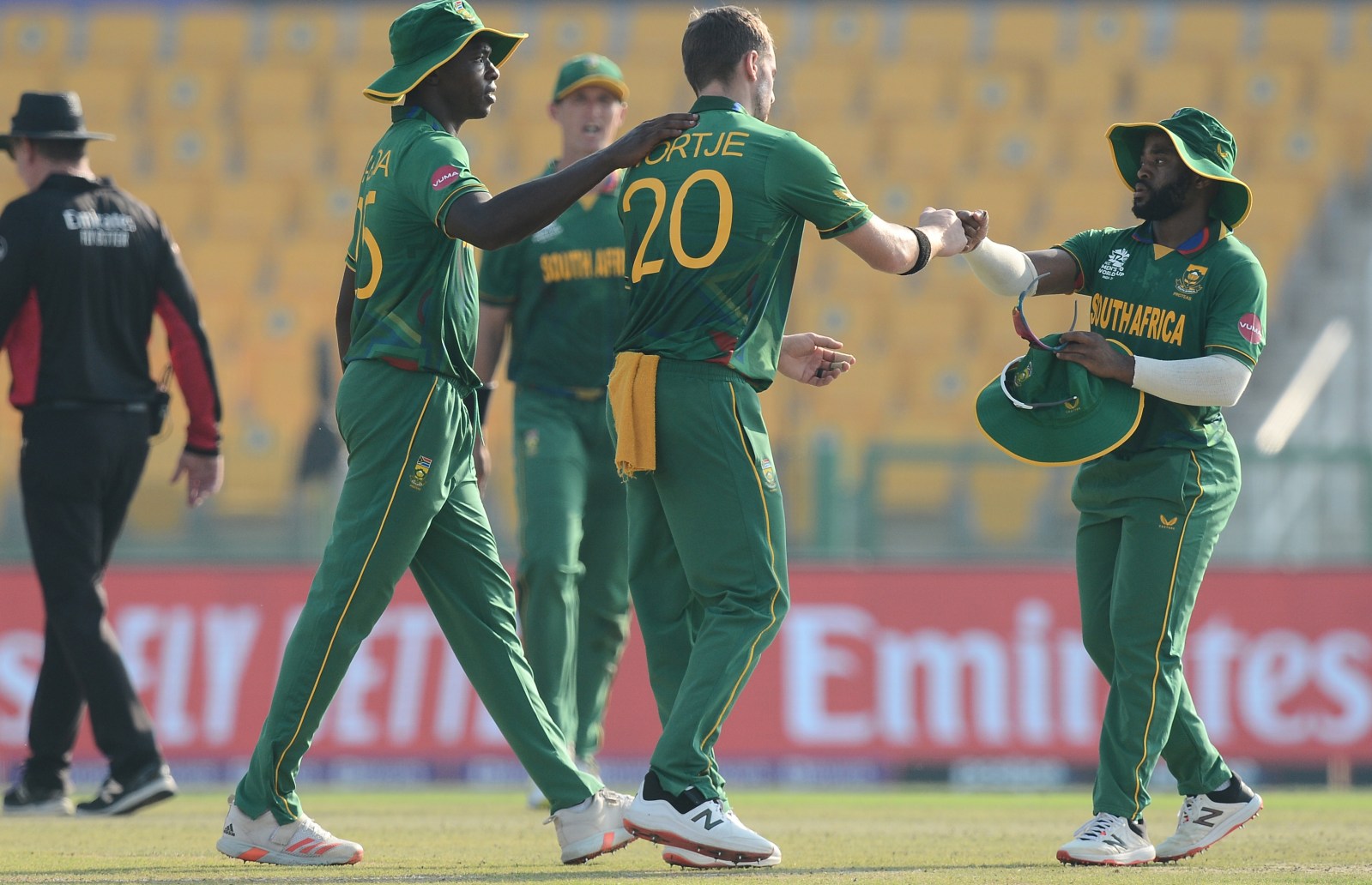 The South African cricket team has a lot of fixtures but little certainty ahead.

Expect the best, and plan for the worst. The Proteas would do well to adopt this motto as they prepare for a bumper schedule of fixtures against the top teams on the planet.

By now, everybody in the sporting fraternity should be familiar with the worst-case scenario. Whole series and tours have been cancelled since the first wave of Covid-19 hit in early 2020. More recently, the Netherlands cut their three-match tour short after the discovery of the Omicron variant and the resultant travel bans imposed on South Africa.

How would the cancellation of India’s 10-match tour impact on Cricket South Africa (CSA)? Earlier this week, Daily Maverick reported that as much as R700-million was riding on the completion of those three Tests, three ODIs and four T20Is. Put simply, if India doesn’t tour, the professional game in South Africa faces serious financial challenges.

How might such an outcome affect the remainder of the 2022 schedule? Would the Proteas tour New Zealand in February for a two-match tour against the International Cricket Council (ICC) World Test Champions, given the restrictions in that part of the world? Could they push through for a nine-match tour of England from July, and then for an important set of matches in Australia over the 2022 festive period?

Fortunately for the Proteas, all of those dominoes are still standing. The travel bans imposed on South Africa have been widely criticised over the past two weeks, and India remain committed to touring the country.

For now, we have reason to hope that India will complete all of the scheduled matches, and that they will help the Proteas in launching the South African season.

And what a season it has the potential to be, with 15 Tests, 12 ODIs and 15 T20Is scheduled for the next 12 months. Test showdowns with cricket’s Big Three – India, England and Australia – will capture the imagination of the wider community, as will the fixtures in New Zealand.

It’s hard to talk about the schedule, though, without acknowledging the challenges the players and coaching staff will face on a day-to-day basis.

Even if these fixtures go ahead as planned, the Proteas will be forced to operate in bio-secure environments. It remains to be seen if the matches in South Africa will be staged in front of live crowds.

Nevertheless, it could be a watershed year for South Africa in all three formats. An optimist might see a feast of fixtures against the best teams on the planet and describe it as a fantastic opportunity to climb the rankings. There’s a chance for the Proteas to claim some big scalps, as well as a chance for the team to progress in key departments.

In the wake of the Big Four

The current ICC rankings paint a bleak picture of the Proteas’ standing in all three formats. The Test side is ranked sixth, while the ODI and T20I sides both sit in fifth place. It’s fair to say that South Africa will go into every big series this season as the underdogs.

That picture doesn’t tell the full story, though. India lost the most recent Test series in South Africa, and have not managed to win in this part of the world over a period of 30 years. Perhaps the Proteas will take heart from that record and will exploit the local conditions to good effect in the coming Tests staged at the Wanderers, Centurion and Newlands over the festive period.

That schedule could change if CSA and India’s cricket governing body are forced to host all the matches in one city or region. Regardless of the venues though, India will view those games as a chance to secure a historic victory on SA soil.

There will be just as much at stake when the Proteas travel to New Zealand in February. South Africa have never lost a Test series in New Zealand, and have only ever lost one game to the Black Caps in that country.

Again, they might be encouraged by that proud record, and another success in New Zealand – this time against the World Test Champions – would be viewed as a statement. It will be easier said than done, though, as the Kiwis have progressed a great deal since South Africa’s previous tour in 2017.

The Proteas don’t have a good record in England. Graeme Smith led the team to famous Test victories in 2008 and 2012, the latter of which culminated in South Africa topping the ICC rankings, but the side lost 3-1 on the most recent tour in 2017.

Overall, England have a mental hold on their South African counterparts, having won all the home and away Test series between the nations over the past five years.

The Proteas have enjoyed more success against Australia in recent times.

Smith and his all-conquering team won the Test series in Australia in 2012, and Faf du Plessis’s side – who were far less consistent overall – managed to replicate the feat in 2016. The most recent rubber staged in South Africa in 2018 – which was dominated by the Sandpapergate scandal – ended 3-1 in the Proteas’ favour.

It will be interesting to see how the selectors approach each tour, and indeed the season as a whole. No player can be expected to play every match. The experience of living and training in a bio-secure environment will place additional mental strain on the players, and that will need to be managed to prevent a dip in performance.

The optimists will hope for clean sweeps of the Big Three and New Zealand, for an improved showing in the ODIs and a first ICC title at the T20 World Cup.

The pessimists will point to the current rankings across all three formats, as well as the team’s fluctuating form in recent years, and predict losses across all of those big matches and series – and a new low for South African cricket.

The Proteas’ results and performances against India over the next two months will shape the rest of their season. It’s important that they win against India in the Tests, and that they exhibit genuine progress in the white-ball disciplines.

If they fail to build momentum and confidence in the big matches staged at home, they will struggle to perform in the more challenging fixtures abroad.

The very completion of this bumper schedule could be viewed as victory for South African cricket, given how many matches and tours have been compromised by Covid-19 over the past two years.

The results against the better teams, however, will reveal how much progress has been made, and what might need to change to ensure a more prosperous future in 2023 and beyond. DM168