SEVENS TO THE FOUR 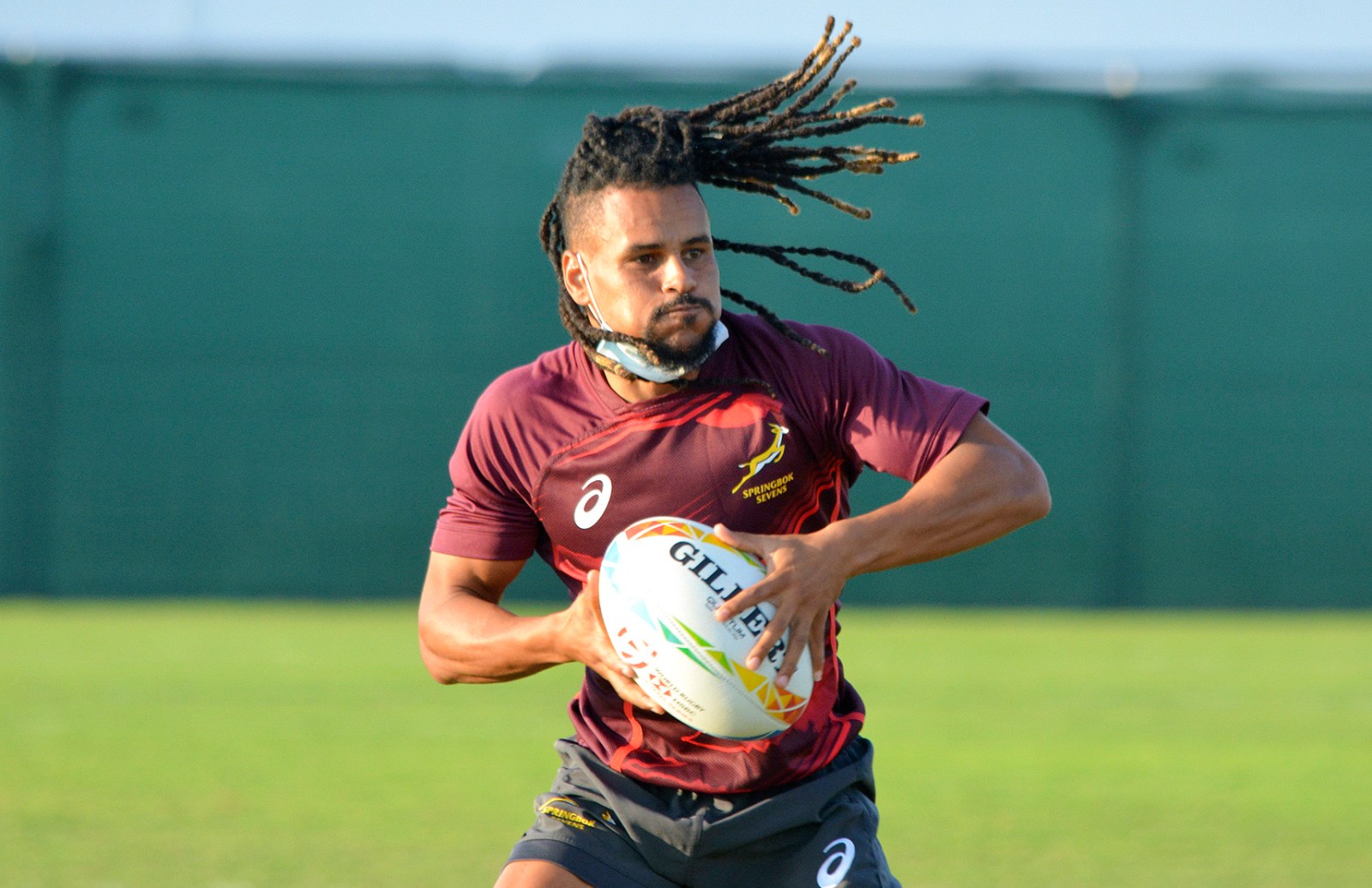 Selvyn Davids in training with the Blitzboks at The Sevens Stadium in Dubai on 29 November 2021. (Photo: David Van Der Sandt/Gallo Images)

In Dubai this weekend, the Blitzboks have set their sights on a fourth straight tournament victory in the World Sevens Series for the first time.

Every week it seems there is another milestone for the Blitzboks to surpass, which is unsurprising as they are unquestionably the dominant team on circuit at the moment.

Last week, the Springbok Sevens opened their 2021/22 campaign in familiar fashion. The Blitzboks stretched their sequence of match victories on the HSBC World Sevens Series to a record 18, passing their 16 consecutive wins in 2009.

They also won a record eighth title in Dubai, and this week, in the same venue for round two of the 2021/22 World Series, they have a chance to win a fourth consecutive tournament for the first time.

The Blitzboks won the only two tournaments of the Covid-reduced 2021 season in Vancouver and Edmonton and started the new season by winning round one in Dubai.

Before the current run the Springbok Sevens had won three tournaments in a row in the 2016/17 season – in Wellington, Sydney and Las Vegas.

Reaching these milestones is something the Blitzboks tend to reflect on when the season is over. During the campaign they are focused on process and execution and if they get those aspects right, the records will inevitably come.

Coach Neil Powell is experienced enough to know that focusing on records will inevitably lead to a mindset that is not centred on the present, which is almost always problematic. Any conversation with Powell never veers into the future. It’s always about the present and laced with phrases such as “protecting the system” and “staying in structure”.

It’s a mindset and philosophy that has penetrated the entire Sevens system where fellow coach Marius Schoeman grooms the players during the pre-season and in between tournaments at their Stellenbosch base.

The experienced Powell also knows that after last week, where the excitement and freshness of a new season carried the team, the challenge will be different in round two.

“You have to get that balance right by doing enough on the pitch and making sure you give the players enough time to recover – from a fitness and mental perspective – from last week’s tournament,” said Powell.

Coincidentally, all the teams are grouped in exactly the same pools as last week, which Powell reckons will be an interesting challenge.

“For me it’s always difficult to play the same opposition twice, because I believe they learn more from you in their defeat,” he explained.

Powell added that this weekend’s action will definitely push the Blitzboks’ fitness levels to the ultimate as they are set to be without the injured Muller du Plessis, while Ryan Oosthuizen will be given as much time as possible to prove his fitness.

“Because of the closure of the international travel border, we cannot fly in any replacements,” he said.

“So, from that perspective we will have to box clever. I just hope we can stay injury free so that we’re able to spread the workload evenly over the two days.”

Meanwhile, the Blitzbok mentor added there are a few areas he has targeted for improvement: “I felt we didn’t do enough to protect the ball, while we can certainly increase the width of our defensive line.”

With the two tournaments just seven days apart, the aim would be to take last weekend’s cup final momentum straight into play on the opening day: “We built up momentum last weekend as we went along, so I would like us to take that (momentum) forward from the first game on Friday.”

Playmaker Ronald Brown has been impressive. He scored 63 points in Dubai last week, which included five tries and 19 conversions. The Blitzboks were also the most disciplined team last week, not conceding any cards.

But despite winning the final 42-7 over the USA, tough forward Zain Davids said the team wants to be even better this week and reduce the errors they made in round one, despite going undefeated.

“It was six tough games last weekend, and the bodies were tired afterwards, but we had to restart and refocus on the new challenges coming this weekend,” said Davids.

“We cannot underestimate anyone. We have a target on our back, and everyone knows we have to work very hard if we want to achieve anything (this weekend).”

The Cape Town-born Davids is a vital cog in the team’s defensive structure, as shown by his tackling proficiency last weekend. The 19 successful tackles he made over the two days placed him joint first in the ranking in that department, while he is also a very strong ball carrier and a menace at the breakdown.

Last week was his 25th World Series for the Blitzboks and he increased his number of matches played to 126. He also scored one try to take his career tally to 20 (100 points).

Since the inception of the World Series in 1999 the Blitzboks have won four titles and played 1,054 matches. They have won 783 of those games, with 14 draws and 257 defeats for a 74% winning average.

Fiji, the third spoke of sevens’ big three, bring an even more impressive historical record into the event. They have won 77% of their 1,047 matches, with only 231 defeats and 10 draws against 806 wins.

The Blitzboks open their Pool A fixtures on Friday morning against Japan (9.12am), followed by matches against Ireland (1.04pm) and Great Britain (6.33pm). DM