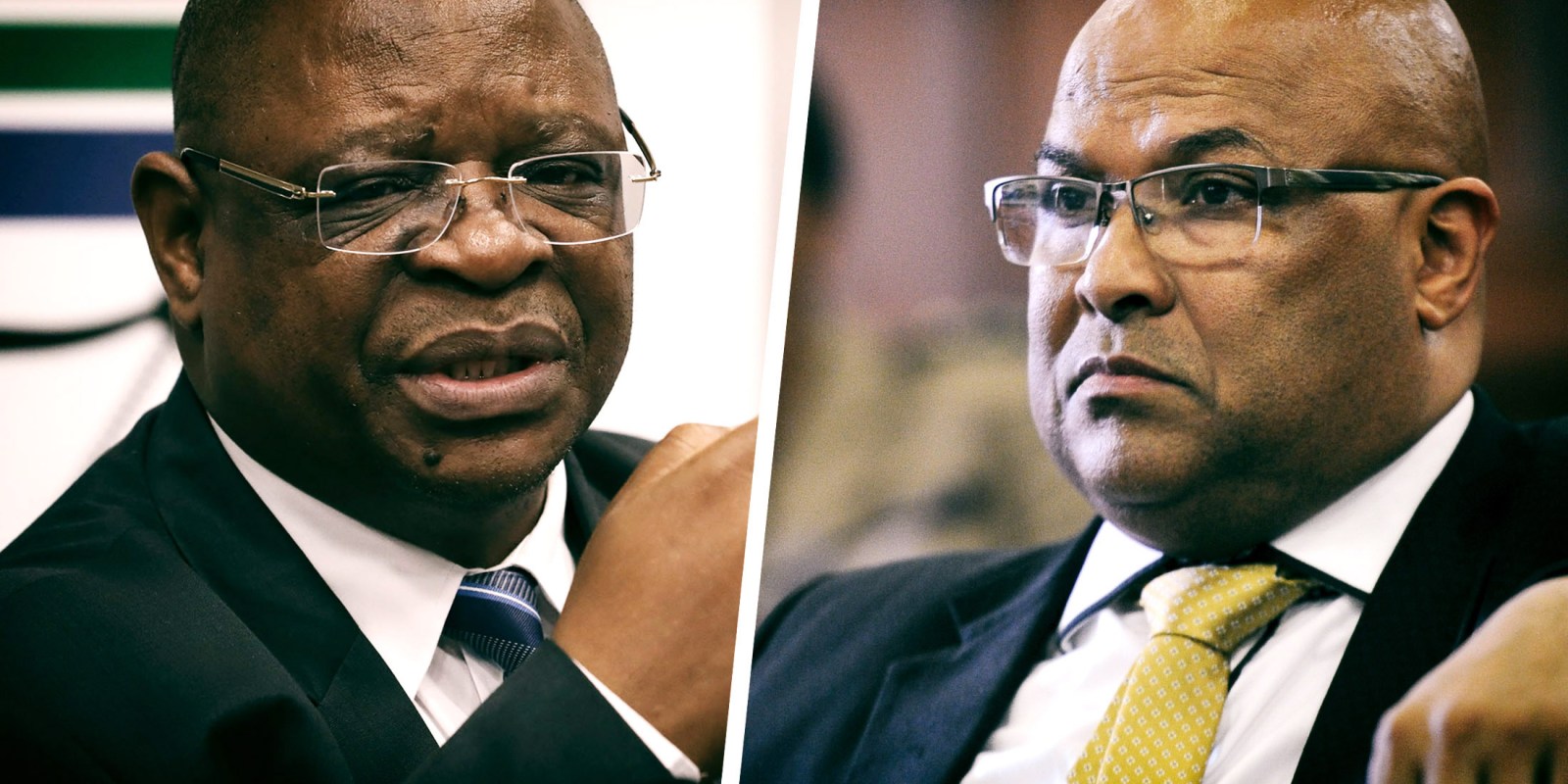 “I can see no reason why it is in the public interest to grant the right to the cross-examination of witnesses. It stands to be dismissed and is so dismissed,” said Zondo, who is the chairperson of the Commission of Inquiry into State Capture. The commission has to complete its report by 31 December, when its term expires.

The two were former acting DG Loyiso Jafta, who gave explosive testimony of how the intelligence services had been captured and corrupted, and the acting DG Gab Msimanga. Jafta is now the DG of the correctional services department.

Jafta and Msimanga had set conditions, including that Fraser had to be specific in which documents he required; had to agree to peruse them on-site; had to determine the relevance to the commission of the documents he wanted; and had to agree that certain information might be redacted.

Fraser and his attorneys had failed to respond to the two acting DGs who offered to help him. Instead, he launched an application against the SSA.  The judge questioned his motive for the legal grandstanding when the SSA had already said it was willing to give him the documents he wanted under certain conditions.

“Why did the applicant’s (Fraser’s) attorneys not respond and accept Jafta’s invitation to obtain the documents?” Zondo asked in his ruling.

Fraser had been warned that he could not be guaranteed oral testimony. He had started his application late in the day after refusing a request to investigate with the commission. Zondo said Fraser had left the commission unsure of what was going on, even though he had been granted an opportunity to file a late affidavit, after securing the agreement of the SSA to give him the documents.

The commission wrote to him, but by the end of July he had still not responded and had failed to do so even at the point when the judge dismissed his application to cross-examine the witnesses.

Fraser has submitted his own affidavits, but these fell far short of complying with the commission’s rules of evidence, Zondo said. He had made a broad affidavit rather than a specific one detailing which parts of the evidence he disagreed with and why.

Jafta — as well as two witnesses who were not named — revealed how an estimated R9-billion was looted by the SSA and used to prop up the Zuma regime.

Maqetuka, Shaik and Njenje gave testimony that revealed they had been fired for warning that the Gupta family’s relationship with Zuma was a threat to the national interest.

Mufamadi chaired a high-level panel into intelligence which found that the doctrinal shift in intelligence — where agents swore allegiance to the president — allowed the erosion and capture of the SSA under Zuma.

Fraser opposed the October 2021 nomination of Zondo for the position of chief justice, but the commission refuted his allegations. Fraser also laid perjury charges against six witnesses who appeared before the Zondo Commission earlier in 2021.

In 2018, Fraser was appointed national commissioner of correctional services by President Ramaphosa. In 2021, he overrode a decision by the medical parole board and granted Zuma an early exit from prison where he had just begun a 15-month sentence on contempt charges. That decision is being contested in court. DM