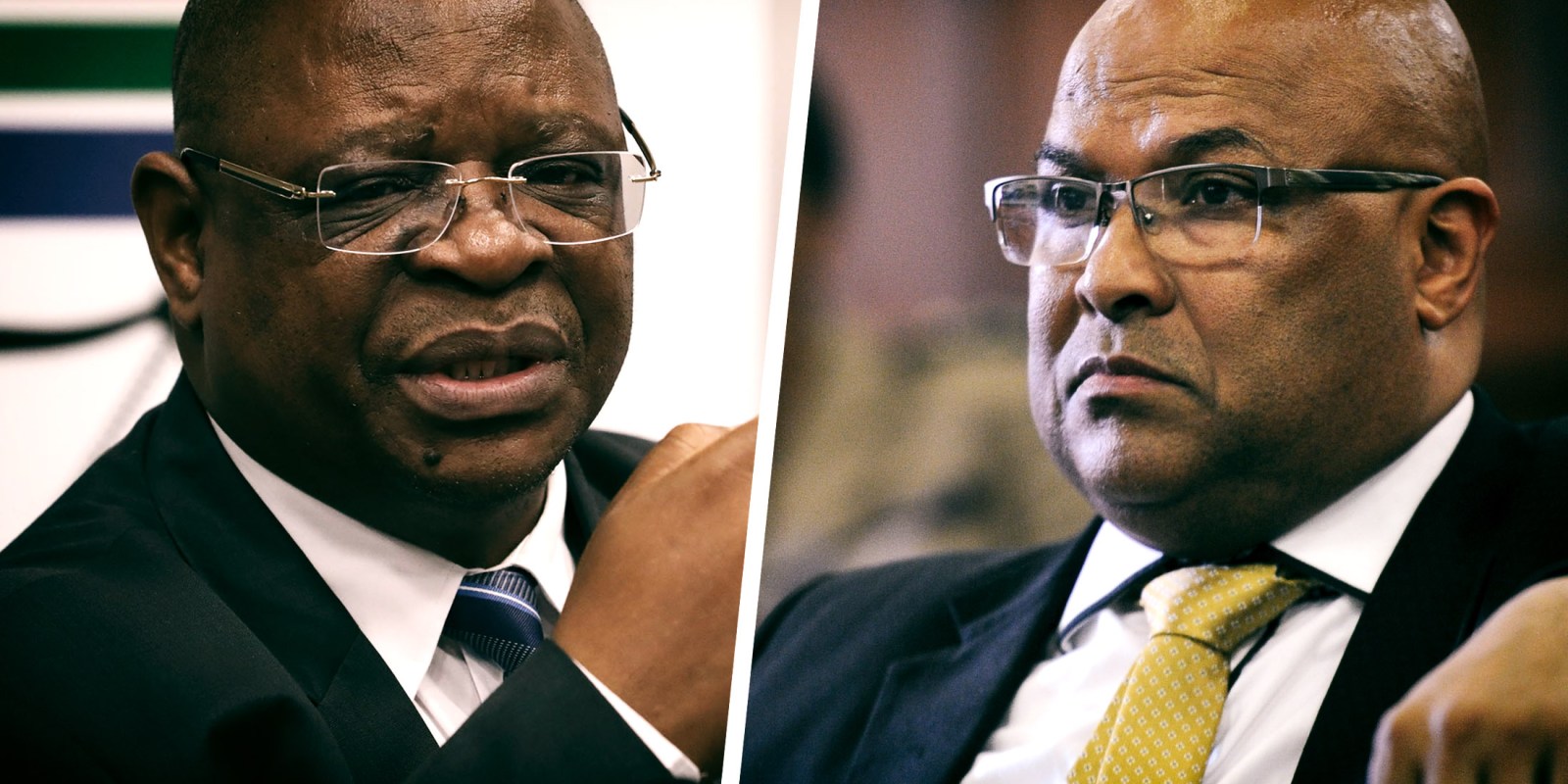 The State Capture Inquiry has dismissed Arthur Fraser’s claim that Deputy Chief Justice Raymond Zondo hasn’t given him a fair hearing and should not be considered as a nominee for Chief Justice.

Former State Security Agency (SSA) and Correctional Services boss Arthur Fraser ignored multiple opportunities to present his side of the story at the State Capture Inquiry and declined an offer to submit evidence he claimed would expose corrupt presidents and judges, the inquiry said in a statement on Thursday.

It was responding to an objection Fraser lodged with the panel appointed by President Cyril Ramaphosa to compile a shortlist of candidates for the position of Chief Justice. Fraser said inquiry chair Deputy Chief Justice Raymond Zondo, one of eight candidates being considered, is “no longer fit to be a judge, let alone chief justice of the Republic of South Africa”.

Fraser was appointed to lead the SSA by former president Jacob Zuma in 2016 and has been implicated by multiple witnesses at the inquiry in widespread corruption at the spy agency, large parts of which were allegedly repurposed to protect Zuma and his allies.

In one of his last acts before he was replaced as Correctional Services national commissioner, Fraser controversially granted Zuma medical parole in September.

“Deputy Chief Justice Zondo made sure that I neither present my version, nor get an opportunity to cross-examine those he called to testify against me. No independent-minded judge would act in this manner,” Fraser told the panel.

He said Zondo allowed 10 witnesses to “present falsehoods” while never allowing him a chance to defend himself. He claimed he “had reason to believe” the Deputy Chief Justice did so to win Ramaphosa’s favour and become the country’s next Chief Justice.

Fraser’s attacks on Zondo follow a similar approach to that of Zuma, who repeatedly claimed Zondo was biased against him and that he had been treated unfairly despite his repeated attempts to frustrate the commission’s work and refusal to participate in the contempt proceedings that ultimately led to his imprisonment. Fraser and Zuma are both represented by Mabuza Attorneys.

In responding to Fraser, the commission also followed the same approach it took with Zuma and pointed out that he had declined opportunities to participate and present evidence.

Under the commission’s Rule 3.3, the inquiry is required to inform parties who are implicated by a witness. Those parties can then apply to present their own evidence.

“It is not clear why, if Mr Fraser felt that he had been implicated by certain witnesses in wrongdoing, he did not follow the Rules and apply for leave to testify,” said the commission in its statement.

In July 2020, advocate Muzi Sikhakhane, representing Fraser, told the commission his client was prepared to reveal state secrets and expose “past and present” presidents, judges and parliamentarians who had subverted the state.

The inquiry said one of its investigators then contacted Fraser’s attorney to arrange an interview, but the attorney was uncooperative and said they would use “their own channels and methods” to further Fraser’s claims.

The Zondo Commission, which is meant to be wrapping up its work, admitted Fraser had applied to cross-examine witnesses, but his application had not yet been decided on due to the comprehensive written statements he submitted.

Zondo was recently granted an extension to complete his work by the end of December, but the inquiry claimed Fraser’s cross-examination application would “be decided shortly”.