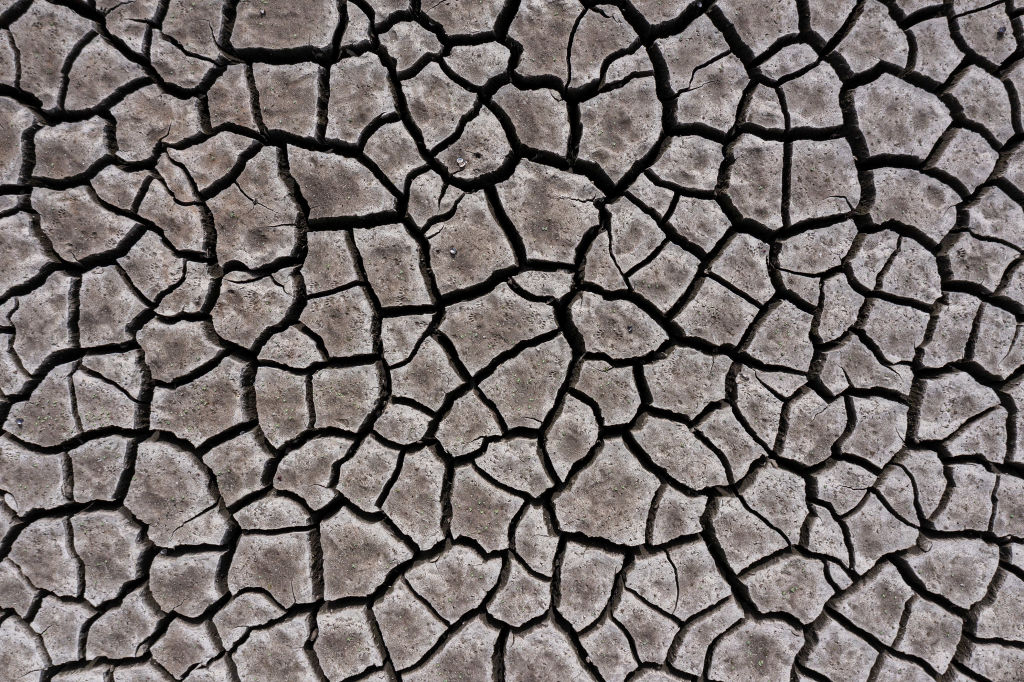 A cracked lake bed at Nicasio Reservoir during a drought in Nicasio, California, U.S., on Wednesday, Oct. 13, 2021. Residents failed to significantly cut back their water consumption in July, California state officials announced, foreshadowing some difficult decisions for Governor Newsoms administration as an historic drought lingers into the fall. Photographer: David Paul Morris/Bloomberg via Getty Images

The African continent is heating up more, and faster, than other regions in the world according to the recently released State of Climate in Africa Report. By 2030, the report says up to 118 million extremely poor people will be subject to the devastating impacts of drought and intense heat.

Many of the temperatures presently being recorded in Africa, and those projected in the next decade, are already close to the limits of human survival, or “liveability”.

The general limit of heat we should live in is 35°C wet-bulb temperature, which is a measure of both air temperature and humidity. Beyond this, the body struggles to cool itself.

In northern Mali, for example, many communities have to make do with a rainy season of just three months, from July to September. For the rest of the year, temperatures approach 50°C. The consequences have been catastrophic, impacting health and agriculture and livestock activities. Younger generations have no option but to leave as they cannot survive in these conditions.

Extreme heat is a serious health hazard. It can have very negative health effects on the human body. The body responds to heat stress by redistributing blood flow to the skin and producing sweat, thus cooling the body. These blood flow changes increase the demand on the heart, making it work harder. Additional sweat production can also lead to dehydration, reducing blood volume which strains the heart further and also causes damage to organs such as the kidney.

Despite this, extreme heat has drawn less attention than other climate risks, such as flooding and drought.

The 26th UN Climate Change Conference of the Parties (COP26) provides an opportunity to focus in more detail on the health effects of extreme heat in African countries and elsewhere. Particular attention should be paid to how vulnerable groups like women, newborn children and poorer people can be helped to deal with or mitigate against these effects.

There are various ways in which rising temperatures will affect people.

Heatwaves – generally considered to be several days of excessively hot weather, which may be accompanied by high humidity – worsen the risk of death from heatstroke. This happens when the body is unable to control its temperature which then rises rapidly to 40°C or more causing internal organ damage.

It also means more people with certain ailments – such as kidney or respiratory diseases – are at a higher risk of dying.

As temperatures rise, there’ll be an increased spread of infectious diseases, such as malaria and dengue fever. This is because more areas will become suitable for vectors, like mosquitoes that carry malaria.

Increased heat will also result in more drought which will result in crop failure and livestock deaths. This will lead to under- and malnutrition, especially in children, with higher rates of stunting or worse a result. Projections using temperature changes in sub-Saharan Africa suggest considerable increases in malnutrition. For instance, it’s expected that by 2100 there’ll be an increase in prevalence of wasting in western Africa by 37%, and 25% for central and eastern Africa.

More heat also means more wildfires. Wildfires affect humans in several ways including burns, pollutants from smoke and psychological trauma. Increased vulnerability to wildfires is expected in East Africa due to a combination of temperature change and unsustainable land management practices, such as clearing and setting fire to land to plant crops.

It is important to understand which groups are most at risk from the negative effects of extreme heat.

A review of climate change and health literature earlier this year found a greater mortality risk from heatwaves for children, especially infants. Children are more at risk as they have smaller surface to body ratios than adults (increasing dehydration and heat stress risk) and they are still growing with underdeveloped systems, such as respiratory and immune systems.

Older people are more vulnerable to heat stress because their bodies are less able to adapt to changes in body temperature and they may have chronic medical conditions.

Extreme heat is also a high risk factor for pregnant women and their babies. A summary of evidence on the obstetric risks of heat reported many associated adverse effects including maternal hypertension and placental abruption (the separation of the placenta from the uterus which can cause pregnancy complications), stillbirths, preterm birth, and low birth weight. Some of these complications could be because extreme heat causes dehydration and may lead to contractions and fainting. Exposure to extreme heat in a woman’s first trimester may also cause foetal heart and neural tube defects.

Finally, heat is expected to have worse outcomes for more vulnerable members of society.

A review of the effects of climate change – in low- and middle-income countries found that residents of informal urban settlements are particularly at risk. That’s because of vulnerabilities like limited access to healthcare, poor sanitation and overcrowding. A case study of informal settlements in Dar es Salaam, Tanzania, reinforces the review’s findings: it shows that higher temperatures pose a significant risk to health – for instance because tin roofs exacerbate heat stress – even if the city doesn’t reach extreme temperatures.

As for those living in rural areas, such as pastoralists, aside from the stress extreme heat puts on their bodies, pastoralists will be vulnerable to drought and food insecurity.

These are not problems for the future. As the examples above and many others highlight, Africa is already feeling the reality of heat stress. All the projections suggest it will only get worse, yet nearly all heat-related adverse health outcomes and deaths are preventable.

But the continent has limited research capacity to examine these challenges and inform policy. Most of the research has focused on current impacts and that risks will continue to increase with additional climate change. Moving beyond this to identify solutions that are effective in the African context is an essential step.

There’s low scientific growth in publications output and a large evidence gap both in understanding heat stress and relevant interventions to adapt to these changing environmental circumstances.

The research that needs to be done includes vulnerability assessments, urban heat island evaluation and studies that focus on heat adaptation measures that might prevent the worst effects of extreme heat.

In addition to more research, the continent needs immediate financial and technological assistance to adapt to the warming environment and to support research.

Heat risks are complex. They require strong research foundations and integrated planning, for example across health systems and urban planning. Early warning systems are also needed that actively involve communities to avoid or mitigate at least some adverse effects.

It is imperative that people from different disciplinary backgrounds work on climate and health issues together, coordinate, and develop new ideas together. One example is the new network – CHANCE (Climate-Health Africa Network for Collaboration and Engagement) – which is funded by the European Commission. It aims to facilitate interactions and create greater coherence between these, sometimes, siloed communities of practice.

It’s imperative that all of this happens fast. People are already living with the effects of a warming environment, with devastating effects. DM/ML

Caroline Gichuki, an emerging researcher in the field of climate change and health, helped in the writing of this article.