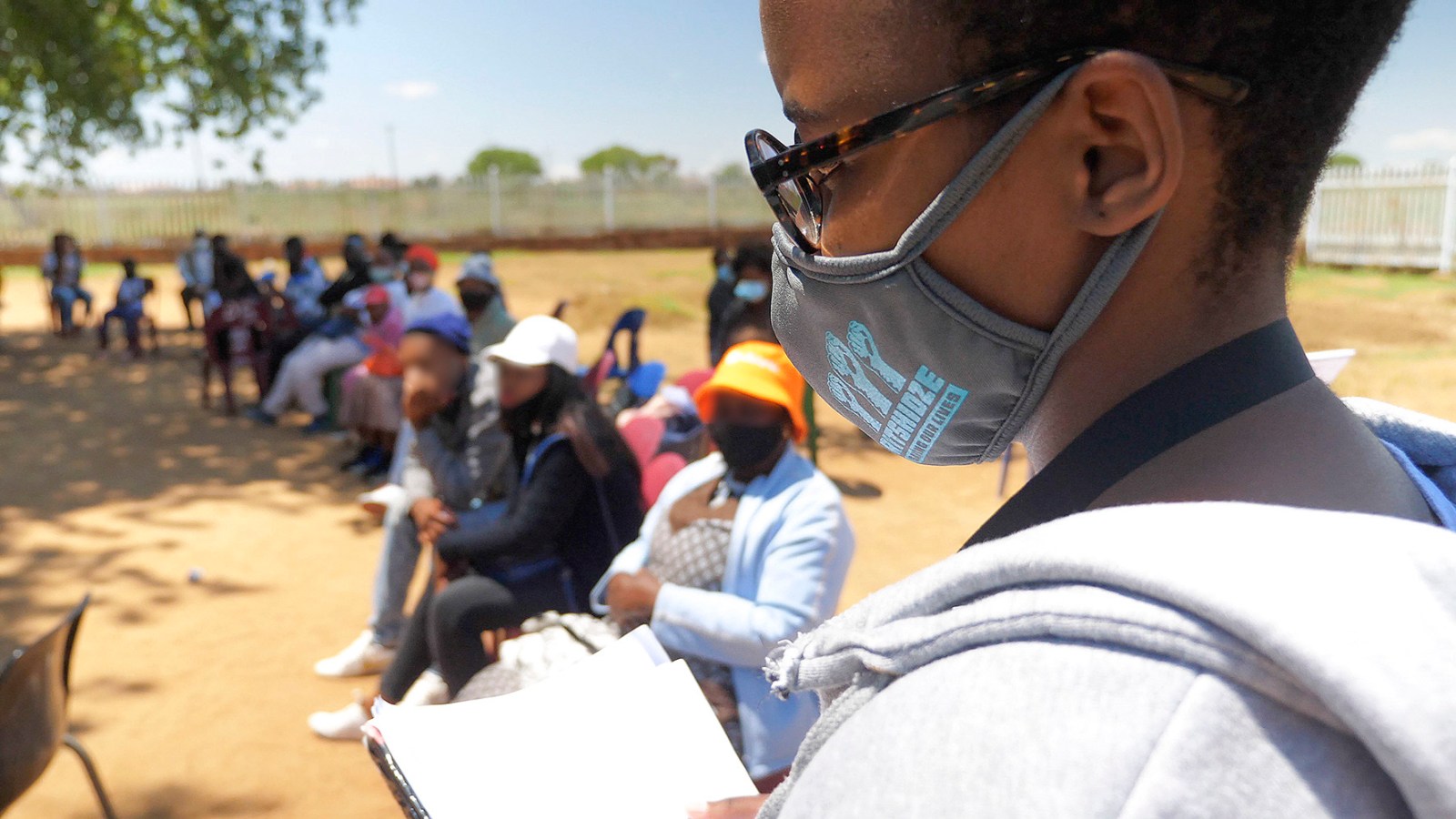 Although a new community healthcare monitoring report notes some improvement in filling vacancies at Gauteng clinics, concerns remain over staff shortages and the impact this has on providing quality care, especially to people living with HIV.

Last year, community healthcare monitoring group Ritshidze in its report on the state of healthcare in Gauteng, among others, observed long waiting times due to staff shortages, which health activists and clinic monitors say are making it difficult for people living with HIV to stay on treatment.

Ritshidze, in that report which was sent to the provincial health authorities, made several recommendations to the Gauteng Department of Health. This included, among others, that the department releases its provincial human resource plan by the end of January 2021, including a comprehensive list of current vacancies, with all vacant posts being filled in the province in the financial year ending 31 March 2021.

According to Ritshidze, this did not happen.

A follow-up report launched by Ritshidze this month found that many of the same challenges from last year’s report persist. From August to September, the group monitored the same clinics as last year. The report covers 118 clinics — 48 in Johannesburg, 39 in Ekurhuleni, 23 in the City of Tswane, and eight in Sedibeng.

Reflecting on the consequences of staff shortages, Ndivhuwo Rambau, of Ritshidze, says that when clinics are understaffed, it means healthcare workers are overburdened. “This leads to longer waiting times, limited time to attend to public healthcare users, and at times, bad attitudes,” she says. “These factors directly contribute to people living with HIV  starting and staying on treatment and this can be linked to the province only attaining 72% of people living with HIV who know their status and are on treatment.”

According to nursing union Denosa, they have been raising these concerns around the shortage of nurses, but the situation has become dire, particularly since Covid-19. “One of the contributing factors to this shortage is that the province is not training enough nurses and the change in the nursing curriculum did not help the situation either,” says Bongani Mazibuko, Denosa’s provincial secretary for Gauteng.

Mazibuko says the department needs to advertise posts and fill them. “They also need to ensure that the staff at the clinics are safe and that they have resources to work with. It’s very frustrating for the nurses to come to work, but they don’t have resources and they are not safe. Those are just some of the reasons we are losing some of our nurses to the private sector.”

Mazibuko says nurse shortages definitely contribute to poor service delivery in clinics. “Due to the shortage of nurses, you find one nurse having to see 90 plus patients a day, at a clinic level, which is not sustainable.”

Filing systems at some clinics in disarray

According to Sibongile Tshabalala, chair of the Treatment Action Campaign (a Ritshidze member organisation), the biggest reason for disorganised filing systems is the fact that clinics have too little space to store them.

“Messy and disorganised filing systems cause disruptions to public healthcare users, increase waiting times, and increase the burden on already overstretched healthcare workers,” Tshabalala says. Ritshidze’s data shows that 29% of patients interviewed thought that queues were long at facilities because it takes too long to find files, the filing system is messy, or files are lost.

Tshabalala says that government has been talking about electronic medical records for many years, yet they don’t see this at clinics.

Thabang Mhlanga, of the National Association of People Living With HIV/Aids (also a Ritshidze member organisation), said they will now push for “maximum accountability”, starting with a presentation of the findings at the next meeting of the provincial Aids Council.

One representative from the Johannesburg Health District office, Mathlodi Mogorosi, asked for the recommendations to be escalated to specific departments. “There are issues for the national department, for Sanac, for the (health) MEC’s office, for the HOD, for chief directors at the province and the district chief directors and then us as district programme managers. So, in that way, you will be able to hold each unit responsible. Mogorosi said the Johannesburg district is currently interviewing nurses that will specifically look into the key population’s programme. “We are looking at having key population-friendly facilities in Johannesburg. It is a priority for us,” she said, adding that the district will visit the clinics so that they can get to the bottom of the issues that were raised in the report.

Nompumelelo Ndou, a primary healthcare manager from Ekurhuleni South District who attended the launch of the report, called the observations “eye-opening”. Ndou said she will escalate the concerns raised to the Ekurhuleni district management team, but reminded that there are issues that cannot be resolved overnight and which will need long-term interventions.

Although the Gauteng Department of Health welcomed the Ritshidze report, Kwara Kekana, the department’s spokesperson, did not provide a detailed response to the new report and the progress or lack of progress  since last year’s report.

Kekana said the department is working with organisations such as the TAC to improve patient experiences of care in Gauteng Health facilities.

On the number of vacancies listed in the report, she said that the department “always endeavours to fill posts as quickly as possible when they become vacant”.

To improve the experience of healthcare users in district and PHC facilities, the department also set itself a target of getting 75% of PHC facilities to maintain “average treatment waiting times below the agreed benchmark of 100 minutes” but only achieved 56% on this target in the 2020/21 financial year.

“Shortage of staff due to self-isolation owing to the increase in Covid-19 cases,” is cited as a reason for this underperformance. It also notes power failures in Tshwane “which impeded the smooth running of the healthcare system”, and cite “fragmented filing systems and shortages of IT tools such as computers to capture waiting times,” as some of the reasons.

Commenting on complaints about the filing system and questions about the electronic filing system, Kekana referred Spotlight to a statement the department released in November last year announcing the upgrading of its information technology system with a new programme called Health Information System (HIS). This system was said to improve the patient experience and “create an effective and efficient work environment and reduce long waiting times in hospitals and community healthcare centres”. This new system was set to be “implemented in over 30 hospitals and 33 Community Health Centres and Primary Healthcare facilities in the province”. By the time of publication, Kekana had not provided details on the progress of the implementation of this new system. DM/MC