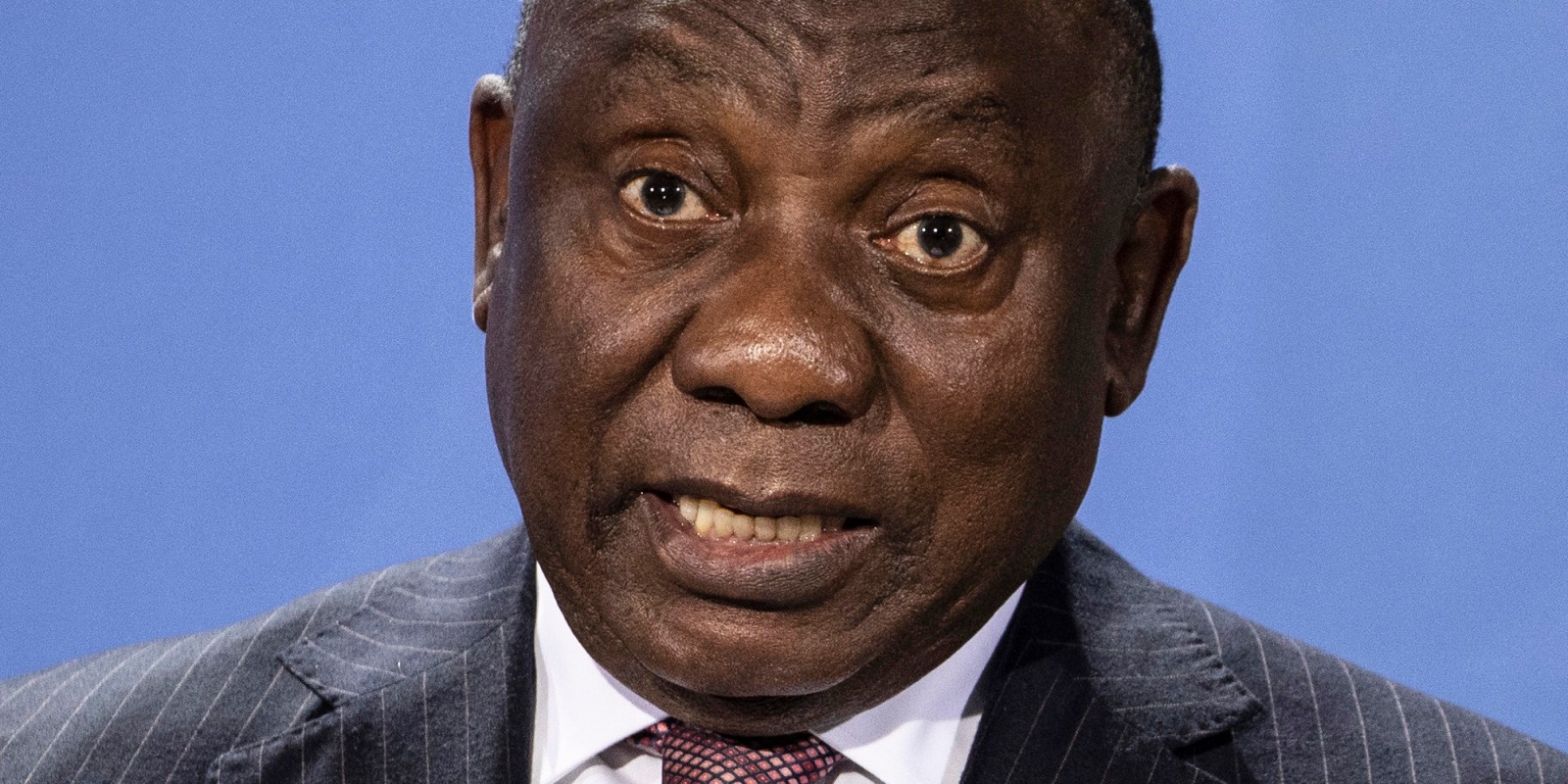 Shortly before leaving for Abuja, Nigeria, on Tuesday morning, President Cyril Ramaphosa had some harsh words for countries that have restricted travel to South Africa since the Omicron variant was identified.

Ramaphosa was embarking on state visits to Nigeria, Ghana, Ivory Coast and Senegal to discuss economic recovery efforts in Africa post-Covid-19, when he again called on the “unscientific” and “discriminatory” travel restrictions be lifted.

“We’ve rejected this notion that is being propagated by more developed economies and some smaller countries, that the Omicron variant should lead to a blockage and a ban of travel,” Ramaphosa told a group of journalists on Tuesday.

In his #familymeeting address to the nation on Sunday evening, the president had sharply criticised countries that implemented travel bans on a number of southern African states. This, after the identification of the Omicron variant of Covid-19 by scientists in Gauteng last week.

Within hours of identifying the Omicron variant of concern, the UK had restricted travel from South Africa and some of its neighbouring states. And once South Africa was added to the UK’s Red List for travel, it was as though a starter’s gun had been fired, with a number of other countries quickly closing their borders to flights from southern Africa.

Building on remarks from his Sunday address, Ramaphosa said the closure of borders “goes against the G20 Rome spirit”, when G20 countries agreed last month to open up travel to revitalise the global tourism industry which has been devastated by the pandemic.

“For South Africa and the southern African region, the tourism industry is one of our key industries. So this is unfair… this is discriminatory against us, and they are imposing a very unfair punishment and we reject it – and we call on them to lift it with immediate effect,” Ramaphosa said on Tuesday.

“We are insisting that these bans be lifted, because you do not try to contain a virus through imposing bans unscientifically and indiscriminately.”

Ramaphosa’s criticism has been supported by the World Health Organization (WHO), as well as Health Minister Dr Joe Phaahla, who on Monday said there was no basis for instituting a travel ban.

In response to a question from Daily Maverick on Tuesday, Ramaphosa said he was “concerned” about those African countries – including, Rwanda, Egypt, Mauritius and Seychelles – that have imposed travel restrictions on South Africa. He said he hoped discussions will take place on the issue.

“I am concerned… But we would like to have a discussion with them in a way where we would prefer that they do not react like our former colonisers, who are very quick to close Africa down,” said the president.

“We want to have a discussion with them because I think it is most unfortunate that they, too, have joined in this.”

South Africa and its scientists should be applauded – not punished – for having swiftly alerted the world about the Omicron variant, which has now been identified in a number of countries around the world, said the president.

“We in the South have proven that we’ve got the scientific capability to identify a very threatening variant of Covid-19.

“It is out of our transparency and our responsibility to the world to demonstrate that we’ve found this variant, and we least expected to be punished by the various countries for what we have disclosed very transparently,” said Ramaphosa. DM