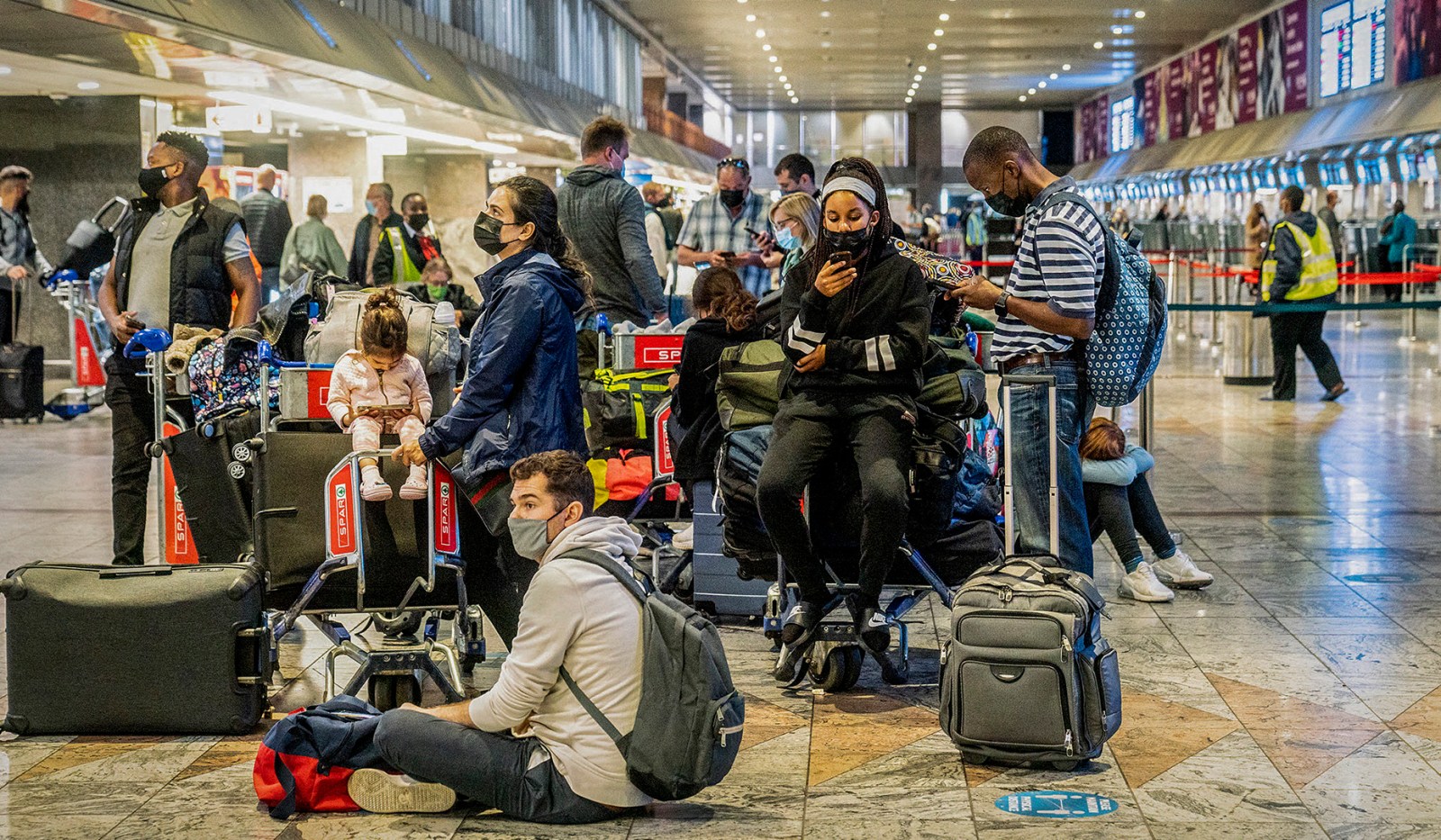 Health Minister Dr Joe Phaahla said he would deliver a statement the World Health Assembly expressing the government’s anger and outrage over a series of travel bans instituted by other countries after local scientists identified the Omicron variant of the coronavirus last week.

Health Minister Joe Phaahla said he will present a statement at the World Health Assembly on pandemic preparedness to express South Africa’s outrage over an increasing number of travel bans after local scientists identified a new variant of the coronavirus.

The new variant was named Omicron by the World Health Organization on Friday and has been identified as a variant of concern. It has an unprecedented number of mutations and infectious disease specialists have indicated they are not yet sure what some of the mutations will do.

On Monday morning Phaahla said there was no basis for a travel ban.

Since the announcement travel bans have been placed on South Africa by the US, the UK, Canada, Israel, the European Union, Turkey, Sri Lanka, Oman, the United Arab Emirates, Thailand, Brazil and Guatemala, along with specific bans from the Netherlands and Germany, among others. Mauritius and the Seychelles have also banned travel from South Africa.

“We are engaging with other countries to convince them that it is unnecessary. We are supported by the WHO. I had an engagement on the request of the US secretary for health and a high-level team over the weekend. He expressed his appreciation of our medical scientists and our stance to share the information as soon as we could. He pledged support to us.

“My response was that we appreciate his support. But I said the actions of your government does not say that to our people. I said what you can do is to say that the travel bans are just making things more difficult and it is in contradiction of what you are saying.”

He said President Cyril Ramaphosa, Minister of International Relations and Cooperation Naledi Pandor and her department were engaging with countries that had instituted travel bans against South Africa.

The head of public diplomacy in the department, Clayson Monyela, said the Mauritius travel ban was the most urgent.

Monyela said they were informed by Mauritius that there will be further restrictions on South African flights with immediate effect on Monday.

“No incoming  flights from South Africa are allowed.”

He said some South Africans were stranded in capitals around the world, and he urged them and their families to contact their nearest embassy or consulate for help.

Monyela said it was regrettable – sad, in fact – to have to talk about restrictions placed on South Africa by other African countries.

“Some of these countries received vaccine donations from South Africa,” he said.

“Travel bans must be released immediately,” Monyela added, expressing hope that the impasse can be solved as soon as possible.

Regarding the UK, he said South Africa was still on the Red List and even though a small number of flights had resumed it was for UK citizens and holders of residents’ permits to go home.

“If you discover something that is a threat to life, whether it is Ebola in West Africa, typhoid fever or any other disease, especially an infectious disease, we are obliged to report it so that the WHO can alert member states,” he said.

While many people felt they were in too great a hurry and their silence could have avoided the travel bans, it would have been detrimental to South Africans.

“We did not want South African citizens to live in false security,” the minister said.

Following reports that travellers who presented negative PCR tests at OR Tambo International Airport tested positive for the virus after arrival in the Netherlands, Dr Ann von Gottberg from the National Institute for Communicable Diseases said she does not believe their PCR testing failed.

She said it was a sign of the high number of people infected.

She explained that between the first PCR test in South Africa and the test in the Netherlands it was likely that the virus had incubated, but added that they must explore the reasons for this.

“I don’t think it is a failure of our laboratories,” she said. DM/MC