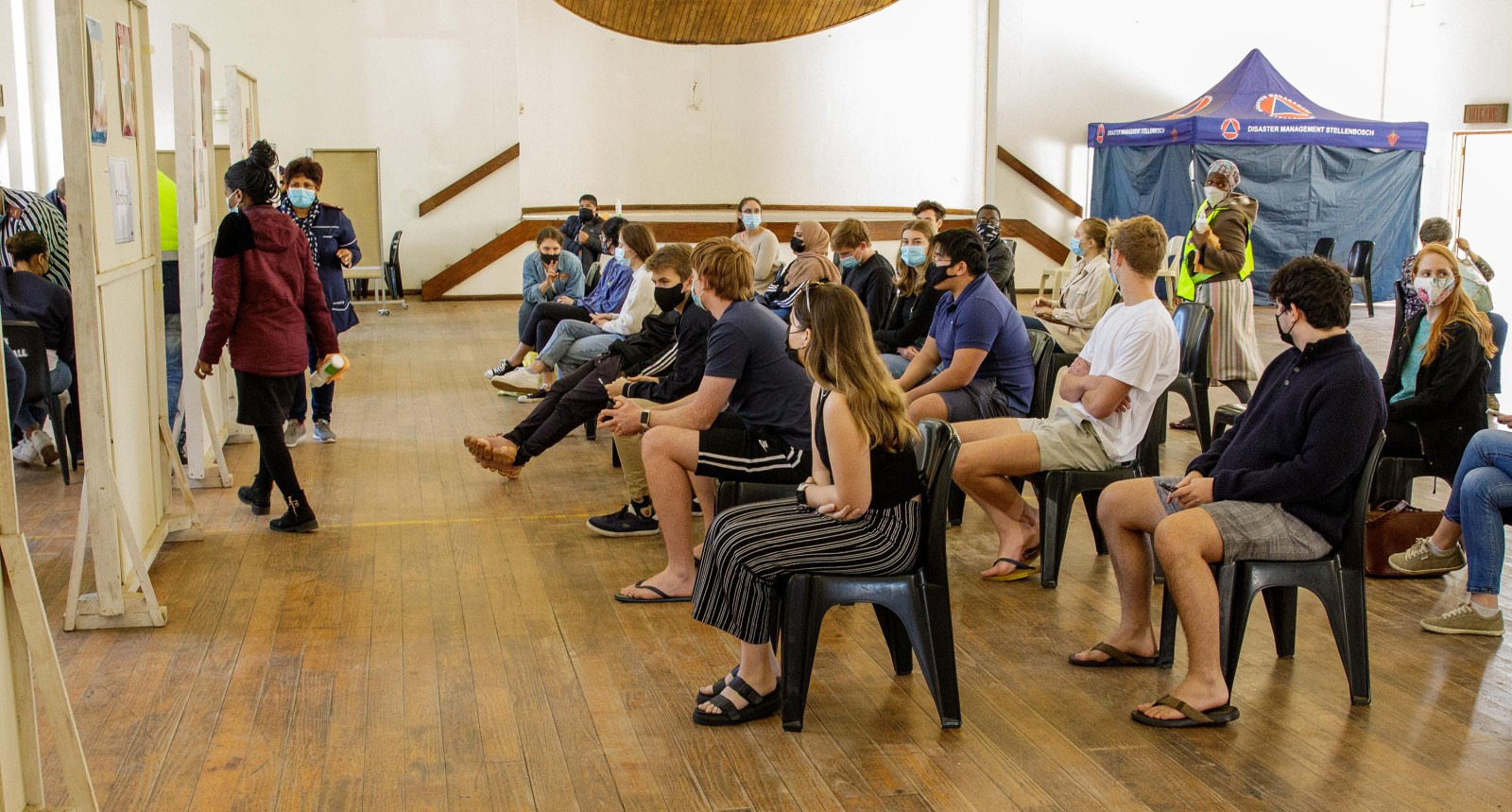 As the 2021 academic year draws to a close, more universities are announcing that Covid-19 vaccination will be mandatory next year. The University of Free State will restrict its campus to those who are vaccinated or have been provided with an exemption.

While the University of the Free State won’t force anyone to be vaccinated, its rector and vice-chancellor Prof Francis Petersen said “the institution has the right to require vaccination if you want to access the institution’s premises, in order to protect our staff and students”.

Petersen briefed journalists virtually on Monday, 30 November to discuss the university’s policy for Covid-19 vaccinations. He announced that the university council had approved a vaccination policy that would be implemented on 14 February 2022.

The university’s council approved a vaccination policy on 26 November. This would restrict access to the campus to those who were vaccinated or those who had been provided with an exemption. Petersen said the policy was formulated in consultation with internal stakeholders such as the university senate, which passed it with 84% support.

The policy says the university will not force anyone to be vaccinated, but only the inoculated will have access to the campus while “at the same time considering applications for exemption based on medical and religious grounds, natural immunity objections, other legally acceptable exemptions, or those participating in clinical trials approved by the South African Health Products Regulatory Authority (Sahpra). Employee and Student Vaccination Exemption Committees will evaluate applications for exemption… These committees will operate independently, and will include medical, religious, legal and psychology experts.

The policy applies to students, staff and ad hoc contractors. According to the policy, vaccinated people will be required to upload their vaccination certificates on to an electronic platform to obtain access to the campus.

“Students, ad hoc contract workers, and students who are not vaccinated, who do not have an approved exemption or deferral, and who do not have a SARS Covid-19 PCR negative result that is not older than a week, will not be allowed access to the campuses or facilities… only vaccinated students will be allowed to access on-campus accommodation,” reads the policy.

Petersen told journalists that the university followed due process by “referring the proposed policy to all its governance structures for consultation — including obtaining opinions from reputable legal firms in the country.”

Students who are not vaccinated by 14 February 2022 will not be prevented from registering, but they will be allowed access to the campus only if they are vaccinated or granted an exemption.

UFS is not the only institution of higher learning that has implemented a vaccination policy. The University of Witwatersrand, University of Cape Town and University of the Western Cape are among those that have announced mandatory vaccinations for the 2022 academic year.

Responding to a question by EFF MP Sinawo Tambo, the minister said: “However, I am aware that universities have sought legal advice on the matter and that in some universities, discussions were held with their stakeholders prior to making decisions on this matter, which is a critical part of considering any vaccination strategy and any requirement for access based on proof of vaccination”.

The South African Union of Students (SAUS) disagrees with mandatory vaccinations. The union said while it supported encouragement to have students vaccinated, students and workers “must be afforded their constitutional rights to determine and choose to vaccinate”.

The union said mandatory vaccinations would “undermine all legitimate efforts” to vaccinate citizens, particularly students. “This is due to the fact that, any coercing of students outside intellectual and scientific persuasion, only undermines science,” reads the SAUS statement.

The organisation said it believed universities had not exhausted all efforts to engage with students and workers about taking vaccines. “Universities inherently are spaces of debate, science and intellectual discourse, and any coercion flies in the face of that reality, and is inconsistent with how a university must behave,” read the statement.

On Sunday, 28 November, President Cyril Ramaphosa announced in a presidential address that a task team would undertake “broad consultations” on vaccination mandates for specific locations and activities. DM