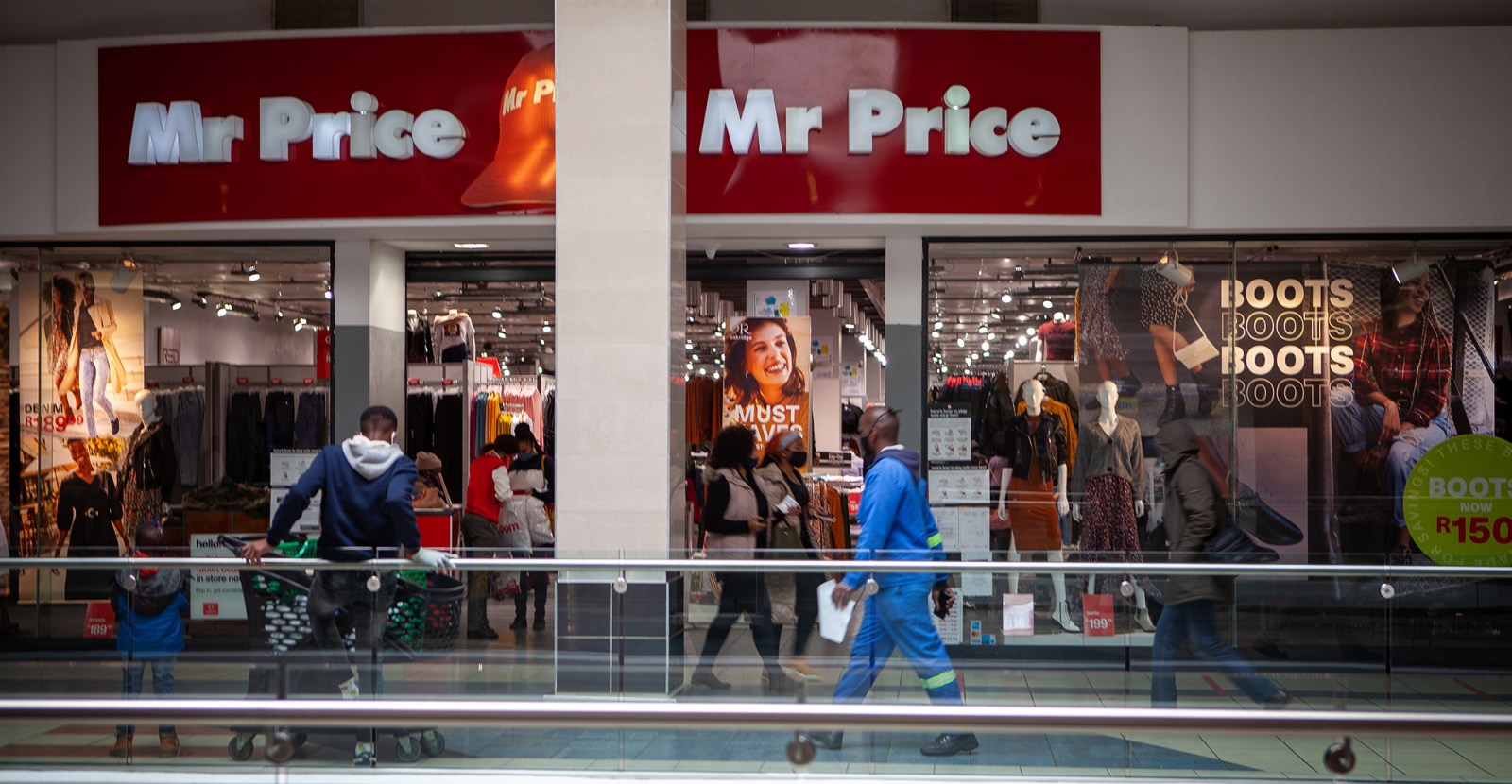 For some South African retailers, it has, to quote Charles Dickens, been the best of times and the worst of times.

Discount retailer Mr Price saw 111, or 7%, of its stores “entirely looted” in the wave of unrest that rocked Gauteng and KZN in July in the wake of the jailing of disgraced former president Jacob Zuma.

Yet the company posted a 46.4% increase in headline earnings to 448.3 cents per share in the six months to 2 October 2021. For shareholders, this translated into a dividend of 282.4 cents per share, an increase of more than 34% and a payout ratio of 63%. Mr Price’s cash resources sit at R3.9-billion and it has no debt, so it is in a position to dish out dividends.

Investors gave a thumbs-up to the results as the company’s share price rose by almost 4% on Thursday.

The company’s retail sales also grew by 37.8%, which must be put into some context – the comparable six-month period last year would have included the harshest lockdown months to contain the Covid-19 pandemic, and an economy that was melting down. But the company also grew its market share by 210 basis points according to its Sens statement, which is over 2%. And growing market share by even seemingly small amounts can be huge for the bottom line.

The bottom line is that hard-pressed South African consumers are clearly seeking value or discounts – effectively cheaper stuff. Mr Price does not target high-end consumers. Cash sales accounted for 85.7% of group retail sales, but the company probably has many middle-class customers who might not flag their shopping preference to their peers.

This trend has also shown up on other fronts, such as the boom times for caravan parks and camping sites compared with other kinds of tourist accommodation.

Mr Price is also rebounding from the July carnage. The company said 96 of its 111 looted stores would be operational by the end of November 2021 and it opened 48 new stores during the period in question. That is testimony to the South African spirit. There is good news emerging from the debris of July.

The company did have an “R185m write-off for losses incurred for stock, cash and property, plant and equipment relating to the civil unrest”.

“The group is well positioned to continue delivering against its recently communicated new long-term strategy of becoming the most valuable retailer in Africa. This will entail strong execution within its existing business to continue market share gains, increased innovation to launch new organic concepts and further acquisition activity should opportunities meet the group’s criteria,” the company said.

To lean on Dickens again, there is also a tale of two retail sectors at play here. Luxury goods giant Richemont also recently posted stellar interim results. The really affluent have for the most part weathered the economic storms unleashed by the pandemic rather well. Many other consumers are seeking discounts. DM/BM