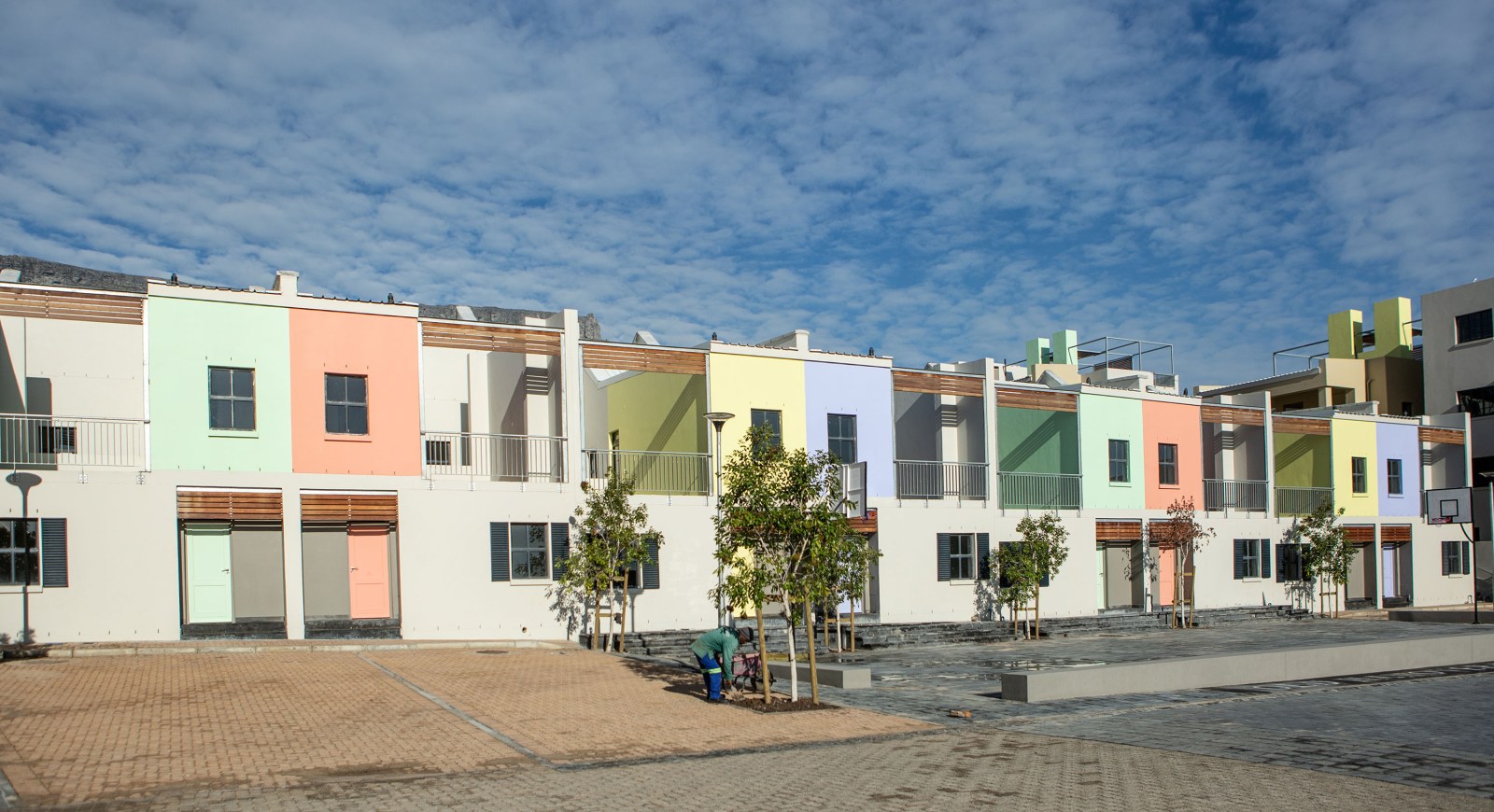 Elderly District Six land claimants and their families say delays in the handover of housing units are causing anxiety — some claimants are worried they will die before taking occupancy of their homes. Above, a redevelopment in Hanover Street, District Six. (Photo: Gallo Images / Misha Jordaan)

Several complaints were made about delays by the City of Cape Town in issuing occupancy certificates for 108 newly built units in District Six.

Land claimants and their families appeared before the Western Cape legislature on Wednesday to express concerns over communication on when families could move into housing units in District Six, Cape Town.

The legislature’s oversight committee on human settlements took oral submissions by claimants about their claims experience and the restitution process.

“I would like to see my mother settle in the places she grew up in,” said Tanya Davids, who appeared before the committee on behalf of her mother. Davids’ mother is one of hundreds of claimants who wonder when they will be able to return to their once-loved community.

District Six, in Cape Town’s City Bowl, was a multicultural and multiracial area. In 1966, the apartheid regime declared the area “Whites Only” and thousands of people were forcibly removed from the area. Families were split up when people were moved to areas including Mitchells Plain, Langa, Hanover Park and Manenberg.

Since the end of apartheid, land restitution has been a slow process filled with stumbling blocks and stop-start developments to bring claimants, mainly the elderly, back to the place they called home.

The latest stumbling block is the allocation of 108 housing units in District Six, which were scheduled to be completed by December 2020, but this was delayed due to the Covid-19 lockdown. Further delays pushed this deadline to September 2021.

No official date has been given for when claimants can move into their units.

Davids said the process for land claims was not “transparent” as they did not know where they were in terms of the land claims process.

“This cannot be the way we treat our aged,” she said.

Davids said her grandmother was 79 years old when she died and her mother, Gloria, is in her 70s. Davids suggested informing claimants on which government department was responsible for specific duties related to the restitution process.

Davids is not the only one concerned about the restitution process.

Jeff Alexander said his mother, May, had been allocated one of the 108 units, but had received no communication from the department about when she could move in.

Alexander told the committee his mother had become depressed because she believes “she’s going to die before she gets her unit”. He said his mother wanted to know when she would be moving in and had asked, “When are we going to get keys?”

Moegamat Sedick Khan spoke on behalf of his father, Yusuf, a former rugby player. Khan said his father had been allocated a unit, but this unit required him to walk up a few flights of stairs, which he could no longer do. “How is my dad supposed to climb up?” asked Khan.

The session was predominantly to hear issues raised by land claimants and their families. Committee chairperson Matlhodi Maseko stressed that while land restitution was a national government competency, human settlements, a provincial competency, fell under her committee’s aegis.

Thoko Didiza, the agriculture, land reform and rural development minister, did not attend Wednesday’s meeting. Maseko said the national department had sent a letter saying that if she wanted Didiza present at the meeting, she needed to approach the National Council of Provinces.

“They’ve chosen not to come to the meeting again,” said Maseko. In June, the department missed a similar meeting, despite assurances that the development of the 108 units was well under way.

During the meeting, several complaints were made about delays, specifically related to delays in the City of Cape Town issuing occupancy certificates for the 108 units. The City of Cape Town Mayoral Committee Member for Human Settlements, Malusi Booi, told the meeting the city would continue to do its “level best” to solve the issue.

Committee member Pat Marran said, “We have to make sure before these people die, these issues need to be sorted out.”

Marran suggested that Western Cape Premier Alan Winde take up the issues of delays with President Cyril Ramaphosa when they met again. DM