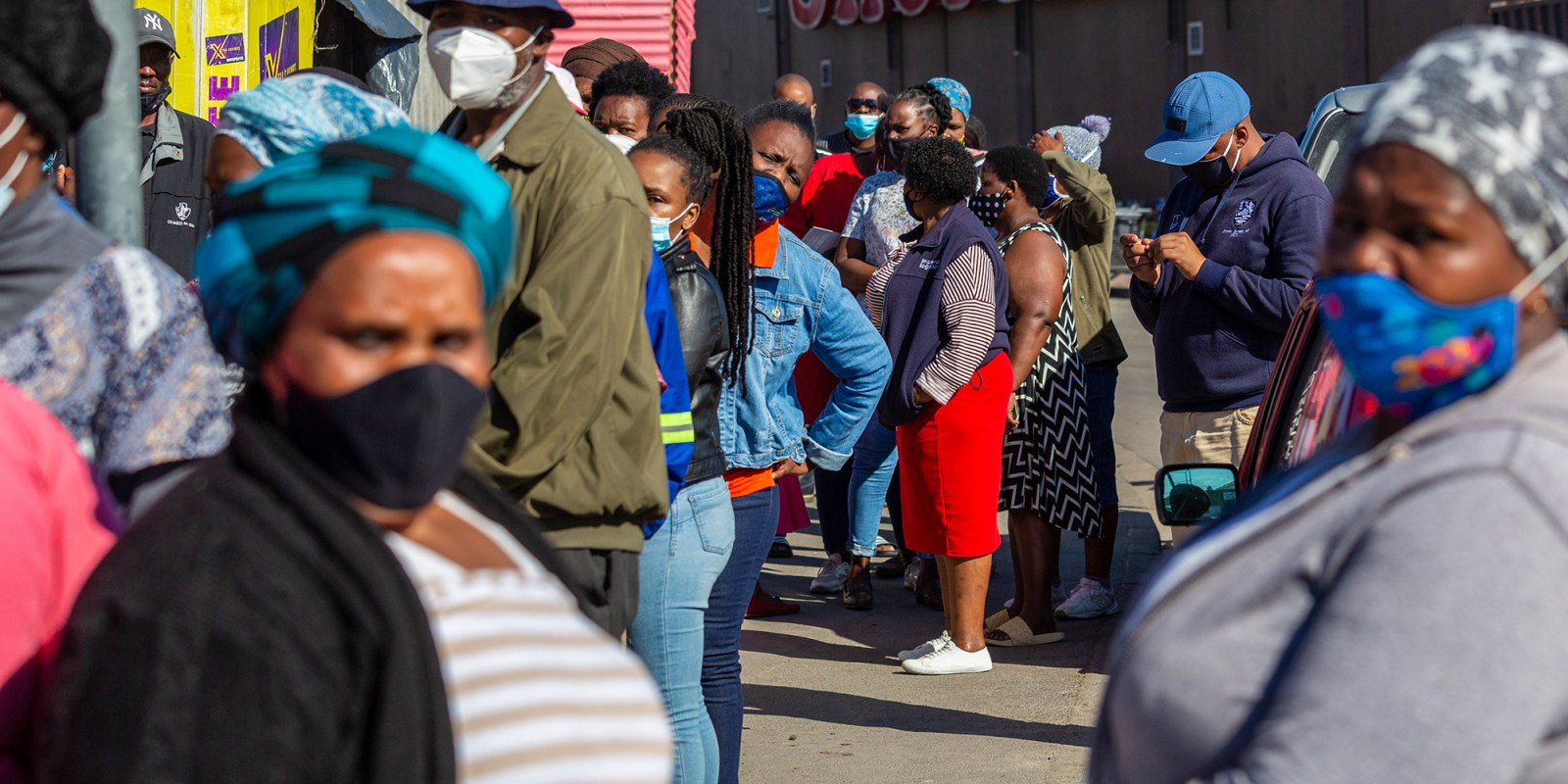 Michigan is the latest US hotspot, with a seven-day case rate more than triple the national average as the nation struggles with yet another surge. Denver is renewing a mask mandate.

Deaths in Europe from Covid-19 will reach 2.2 million by March based on current trends, the World Health Organization warned, pushing for more vaccinations. The US Centers for Disease Control and Prevention moved its travel advisory for Denmark and Germany to the highest level

European Union officials are trying to agree on how to manage vaccine roll-outs. Germany’s top health official reiterated that the country can’t rule out any measures to contain the fourth wave, while its inoculation drive showed signs of reviving. France’s prime minister tested positive. 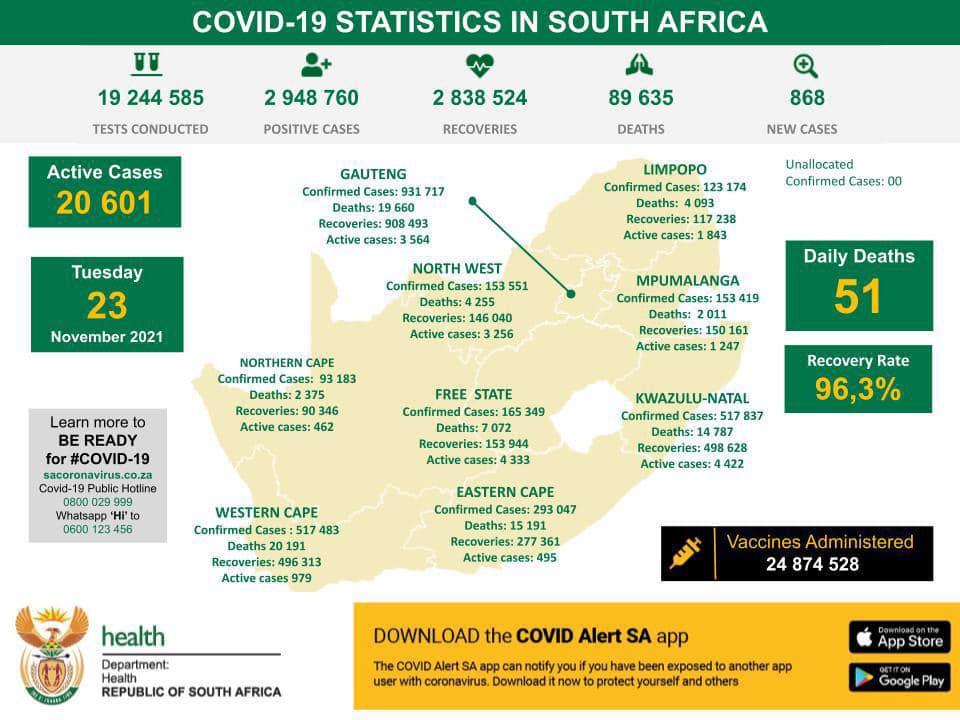 The US Centers for Disease Control (CDC) and Prevention moved its travel advisory for Denmark and Germany to the highest level in response to recent surges in infections across Europe. Both Denmark and Germany are ranked as Level 4, or “very high,” which means Americans should avoid all travel there, and make sure they are fully vaccinated if they do visit.

“We need them to be vaccinated for the safety of each other and their families, their communities, for the safety of the passengers,” the mayor said at a briefing on Tuesday. “It’s worked for the New York City workforce, it can work for the MTA as well.”

De Blasio has been pushing for vaccinations as the city and state confront a rise in Covid-19 cases with the weather turning colder and people spending more time indoors. However, the MTA has seen a shortage of subway operators this year, which could make a vaccine mandate challenging. The state-controlled agency, which is responsible for city public transportation, is still recovering from a hiring freeze during the pandemic when ridership plummeted.

Maintaining a distance of 1.5m will once again become mandatory in the Netherlands starting on Wednesday as cases continue to rise. People were already encouraged to maintain social distancing, but the caretaker Dutch Cabinet said in a statement on Tuesday that the rule is now mandatory and can be enforced by police.

Weekly coronavirus cases rose by 39% on Tuesday from 110,558 infections in the week prior to 153,957 infections. The national health service said the biggest spike in positive tests was reported in children up to the age of 12. Covid-19 weekly hospital admissions rose by 19% with nearly half of the admissions coming from patients aged 60 to 79.

AstraZeneca will open labs for its Covid-19 products at a new UK research and development site this year as the drugmaker faces questions about the future of its vaccine in its home country.

The labs, which will be based at the R&D hub in Cambridge, England, opened on Tuesday, will house a unit for vaccines and will also focus on the company’s antibody cocktail, which is expected to receive US and UK authorisation in the coming months.

The UK ordered 100 million doses of Astra’s vaccine last year but ultimately limited its use to people over 40 after a very rare blood-clotting side effect emerged. Britain is only relying on vaccines from Pfizer and Moderna for its booster programme, leaving Astra on the sidelines.

Deaths in Europe from Covid-19 will reach 2.2 million by March based on current trends, the World Health Organization (WHO) warned, advising countries to vaccinate more to avoid further lockdowns.

Covid is now the leading cause of death in Europe, and the number of reported daily fatalities approached 4,200 last week, double the level at the end of September, the WHO said on Tuesday. The cumulative total is 1.5 million in the WHO’s European region.

The WHO said it expects intensive-care units in 49 out of 53 countries in the region will have high or extreme stress between now and the start of March.

Helsinki to push for remote work, use of masks

Helsinki and its surrounding cities are set to recommend a return to remote working as well as extended mask use as cases mount.

When remote work isn’t possible, employers should require mask use at workplaces even if social distancing is possible, a group that drafts recommendations for municipal authorities said in an emailed statement. Mask use will be recommended in all public indoor spaces and public transport, including schools starting at the age of 12.

The recommendations will be in place until January 16.

Zoom Video Communications shares were down about 12% on Tuesday morning after the video-conferencing company reported a smaller-than-projected number of large customers for a second straight quarter, stoking concerns about growth as more workplaces and schools open back up.

Germans line up at vaccine centres

Germany’s sluggish vaccine campaign is rattling back to life, with many snapping up online appointments for shots and others enduring hours of lines in the cold to receive more protection against the coronavirus.

Some are taking to Twitter to voice frustration, elation or both at the surge in demand for shots. Comments thanked those hardy enough to brave the elements for a shot, while others criticised authorities for not better organizing the latest inoculation push.

The number of hospitalised Covid-19 patients in Poland rose by 962 to 18,320, the Health Ministry reported on Tuesday, the biggest daily increase since April. The number of patients requiring ventilation rose by 35 to 1,551.

Slovakia’s ruling parties took a step closer to imposing a stricter lockdown, which the country’s prime minister said may be needed to contain one of the world’s worst outbreaks.

Separately, the Czech government is considering mandatory vaccination for people over age 60, as well as healthcare and social-care workers, the outgoing prime minister, Andrej Babis, said. The government is waiting for an opinion from the health ministry due next week, Babis said.

European Union countries pushed for an agreement on how long vaccinations protect people and how to manage booster shots as they try to counter the pandemic’s fourth wave and safeguard free travel.

“We need to agree on a common rule for when vaccines expire, and when the booster should be administered,” Luxembourg Foreign Minister Jean Asselborn told reporters on Tuesday as European affairs ministers met in Brussels. “That can’t be different in Luxembourg to how it is in Greece or in Germany or in France. That’s totally against the interests of European citizens.”

Austria’s latest efforts to curb the pandemic may cost as much as €1.2-billion a week and force some 400,000 workers onto a government-subsidised job programme.

French Prime Minister Jean Castex tested positive for Covid-19 as a new wave of cases spreads across Europe. Castex will be isolating for 10 days, his office said.

Although France hasn’t put new restrictions in place like Austria and Germany, the latest wave is hitting the country “at a blazing speed”, government spokesman Gabriel Attal said on Sunday. President Emmanuel Macron’s government is reinforcing health-pass checks in enclosed areas and this week will discuss opening up its booster-shot campaign to more adults, he said.

German Health Minister Jens Spahn reiterated that the country couldn’t rule out any measures, including lockdown, amid a spike in Covid cases Chancellor Angela Merkel has called worse than anything Germany has experienced so far. Some regions are in a “very, very dramatic” situation, Spahn told DLF Radio in an interview.

Merkel told officials from her CDU party on Monday that hospitals would soon be overwhelmed unless the fourth wave of the virus is broken, according to a person familiar with her remarks.

Goldman Sachs Group economists predicted that the newest Covid surge will lead to “additional targeted restrictions” in the euro area’s four biggest economies – but they expect blanket national lockdowns to be avoided.

That points to a hit to the euro-area economy of 0.2 percentage points in both the final quarter of this year and the first three months of 2022, economists said in a note to clients. The impact on Germany will be worse than that in Italy and Spain, they said.

Their downside scenario, with a repeat of last winter’s lockdowns, sees a 1.4% cumulative decline in euro-area output. The note comes as Europe moves again toward restrictions to curb infections that threaten to overwhelm health systems.

Hong Kong and Chinese government representatives will meet in the mainland border city of Shenzhen on Thursday to further discuss a quarantine-free travel plan between the two sides, Lam added. Hong Kong and China are currently the last major Covid Zero holdouts, imposing tough restrictions on inbound travellers, and reopening the border with the mainland is a key priority for Lam’s government. DM