LEAGUE OF THEIR OWN 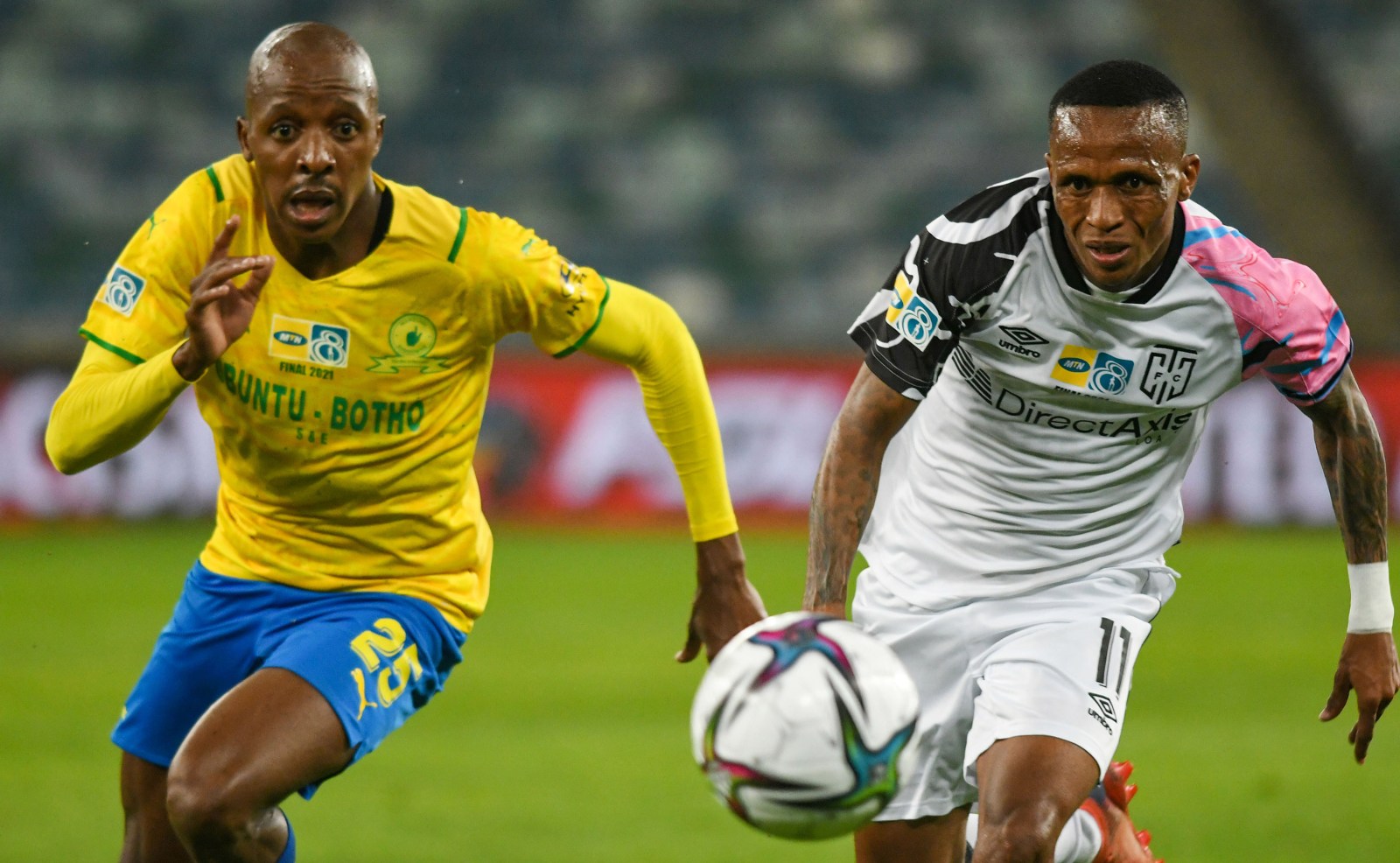 After an international break-enforced hiatus, the DStv Premiership marathon continues, along with the jostling to finish as high as possible on the log.

Nine teams have come with their arsenal of weapons trying to break down the wall of Mamelodi Sundowns. All nine have been repelled. Cape Town City are the latest to make an attempt as the DStv Premiership returns this weekend.

City have been the epitome of unpredictability so far this season. Inconsistent form has seen Eric Tinkler’s men win three, draw three and lose three from their nine games.

During that run they have scored just eight goals, four of which came when they edged Golden Arrows 4-3 in October. In contrast, the rampant Sundowns have scored more than double that, finding the net 17 times from nine games.

At the rear the Citizens have been fragile, conceding 11 times so far. Sundowns have been anything but, and are on a Premier Soccer League clean sheet record run. They will be chasing their 13th consecutive clean sheet, dating to the end of last season.

Despite the apparent gulf in form between the two sides, the Capetonians are unlikely to be devoid of confidence. The sides have clashed 10 times in the league since the 2016/17 season. Tinkler’s men have been victorious in five of those, while Masandawana have managed to win four. One ended in a stalemate.

Tinkler says he expects his team to be more competitive against Sundowns than they were in their last match versus AmaZulu. That 2-0 defeat extinguished a run of two wins on the trot for the Citizens.

“Obviously we were very disappointed with the performance and result against AmaZulu. It was at the back end of a tough week after losing the MTN8 final [to Sundowns] – possibly psychologically the players weren’t in the right space. But I don’t think we can use that as an excuse, our performance against AmaZulu was simply not good enough,” City coach Tinkler said.

“We want to see a good response from the team this weekend. A tough game against Sundowns, but it is at home; we need to be positive, dictate, play without fear, and we need to get back to winning ways – that is very important.”

However, against a Sundowns side that has claimed 10 points from four away matches this season, it will be difficult for City to take control of the game. Even on home soil.

As they defeated Marumo Gallants 4-0 in Limpopo last time out, Masandawana demonstrated that they have little regard for whether they are the home side or visitors; if you play badly, they will punish you.

Regardless, Sundowns co-coach Manqoba Mngqithi says his team is aware of the threat posed by City, especially on the counter. In the same breath, he says they are also aware of the team’s frail defence.

“We are facing a very good team. Very organised, very dangerous offensively, very dangerous on transition from defence to attack. But they are a team that also has some defensive frailties that we can try and capitalise on,” said Mngqithi.

“At Sundowns all we want is to win and to play good football, our type of football. But we must do that with a lot of respect for what the opponents are also capable of… We are playing against a very good team, and they showed that even in the MTN8.”

Elsewhere, Orlando Pirates will be looking to bounce back from their 2-1 defeat in the Soweto derby when they clash with Golden Arrows at Princess Magogo Stadium in Durban.

New Pirates recruit Olisa Ndah and his teammates will be keen to make amends for their display as they lost against bitter rivals Chiefs. The Nigerian defender gave away a penalty in the dying embers of the game, gifting Amakhosi all three points.

“I don’t know much about them (Arrows),” said Ndah. “From what I’ve seen I think they’ll try and counterattack, as well as build from the back. On our side, we can use our high press, because it’s been working for us.”

Meanwhile, Amakhosi – up to sixth after collecting maximum points in the derby – will be eyeing a second successive victory to try to close the gap on those above them.

“They have also not had the greatest of starts so they are looking for maximum points. They will want to start picking up points so they can move away from the bottom half and we are aware of it. We are also looking for the three points so we can move up the log table. It will be a tough game,” Sekgota said. DM