The future of South Africa’s youth: An urgent, uncomf...

The urgent conversation that we should be having every day: The future of South Africa’s youth 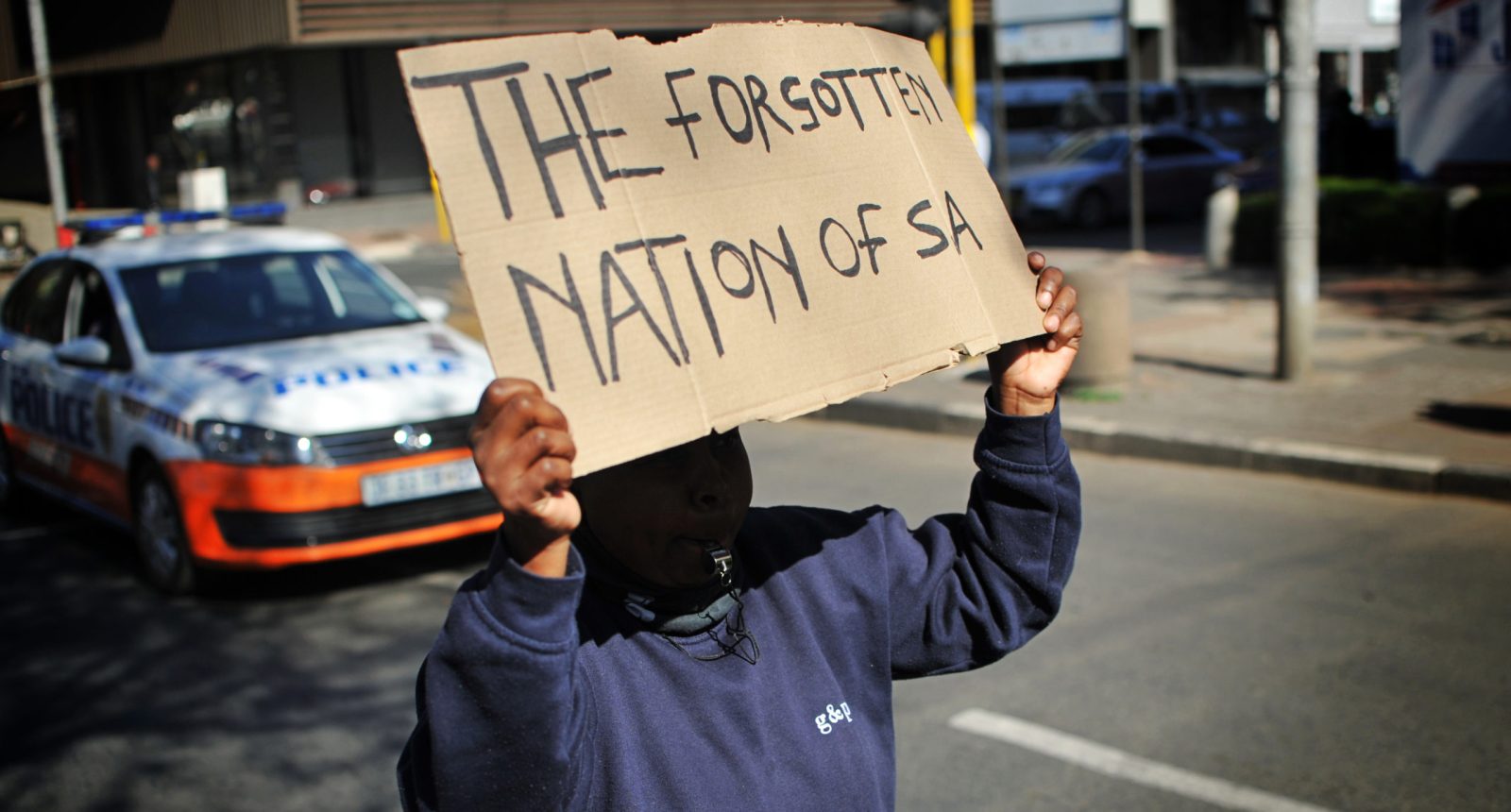 Covid-19 has meant that the national conversation about our youth has taken on new urgency. Young people are among those who have been hardest hit by unemployment and deepening poverty since the onset of the pandemic. Unemployment is highest among those aged 15-24 years, at 64.4%, and 25-34 years at 42.9%.

President Cyril Ramaphosa’s long-awaited appointment of the new National Youth Development Agency (NYDA) board has, once again, put what he termed “the country’s drive to empower young people” in the spotlight.

Covid-19 has meant that the national conversation about the youth has taken on new urgency. Young people are among those who have been hardest hit by unemployment and deepening poverty since the onset of the pandemic. The country’s unemployment rate, which reached a peak of 34.4% in the second quarter of 2021, speaks volumes. Unemployment is highest among those aged 15-24 years (64.4%) and 25-34 years (42.9%).

However, there is a tendency, in media and public discourse alike, to engage in conversation about the youth’s role in our national development only when government initiatives are in the headlines, as now, or as part of the annual, routine celebration of South Africa’s Youth Day on 16 June. This, coupled with a tendency for South Africa’s youth policy to not take seriously young people’s agency results in this group’s invisibilisation.

On occasion, the youth gain visibility through protest as public awareness of the issues they raise is catapulted momentarily into the spotlight. The Fees Must Fall movement of 2015-16, (and briefly 2021), was a clear demonstration of the power and activism of young people claiming a stake in their future.

The role of the youth in South Africa’s development, however, is a conversation to be had every day, and especially now as we embark on a crucial period to recoup the economic and educational losses experienced as a result of Covid-19. The unemployment figures above are grounds for the youth to be at the heart of economic recovery efforts.

However, beyond the government’s special social relief of distress grant, designed to alleviate the impact of Covid-19 on livelihoods, there is little by way of social assistance to support those young people who are not in employment, education or training, and who do not benefit from social insurance or qualify for other social grants. These are among the findings in a forthcoming book, Youth in South Africa: Agency, (in)visibility and national development, published by the Mapungubwe Institute for Strategic Reflection (Mistra).

The book brings together academics and practitioners, many of them young people, to examine South Africa’s national development as it affects the youth.

The multiple authors in the book explore the various ways in which young people demonstrate their determination, resilience and agency to craft their own futures. Young people engage their circumstances, form their identities, and communicate their perspectives in ways that are often invisible or ignored by policymakers — from the halls of churches and expressions of popular culture, to the ground-level initiatives and personal attributes of young people that see them through in the absence of policy mechanisms to do the same.

The book also highlights that organised politics does not always provide a space for the representation of young people’s views. Amidst the low voter turnout at the local government elections on 1 November 2021 was the notably low participation of young voters. For a county in which over a third of the population comprises those aged 15 to 35, low voter registration points to a young electorate increasingly disillusioned with the parties that purport to represent them.

Youth are sometimes, incorrectly, portrayed as apathetic in such contexts. Conversely, when they exercise their agency through protest, they are perceived as antagonistic. There is a duality in the way South Africa conceives of its young people. This is also experienced as a parallel of the promise and problems of the youth: they hold both the nation’s greatest hopes and fears. This ambiguity, as highlighted in Mistra’s book, is reflected in the various post-1994 policy frameworks to facilitate youth development.

The identity of young people is not confined to the unemployment problem and their development stretches beyond access to the job market. There are myriad ways in which young people face deprivation and persistent socioeconomic barriers in their daily lives. This hampers the transition from education to employment, but also impacts self-confidence, identity and wellbeing.

Authors in the Mistra book identify that many young people in South Africa experience a period of what anthropologist, Alcinda Honwana terms “waithood”, in which enduring social and economic challenges prolong their transition from childhood to adulthood. It is a challenging context for the formative years of many youth.

Interventions that fail to account for the totality of young people’s deprivations, as well as the ways in which they intersect with other social markers such as race, class, gender and geography may be limited in their impact.

For this reason, efforts to facilitate youth development require concerted and coordinated effort across government, as well as engagement of non-governmental actors and organisations. The Presidential Youth Employment Intervention is a positive step in this regard. However, policy solutions must have wide reach if we are to make a notable dent in the exclusion that young people face as citizens.

The appointment of the new NYDA board is a step in the process of furthering youth leadership, but it is insufficient to guarantee that policy solutions do indeed address the needs of young people. Efforts to advance youth development, and the future of South Africa, require direct engagement with the ground-level views and perspectives of young people.

Young people must be brought onto the policy agenda, not as subjects but as actors and as citizens, 365 days of the year. DM