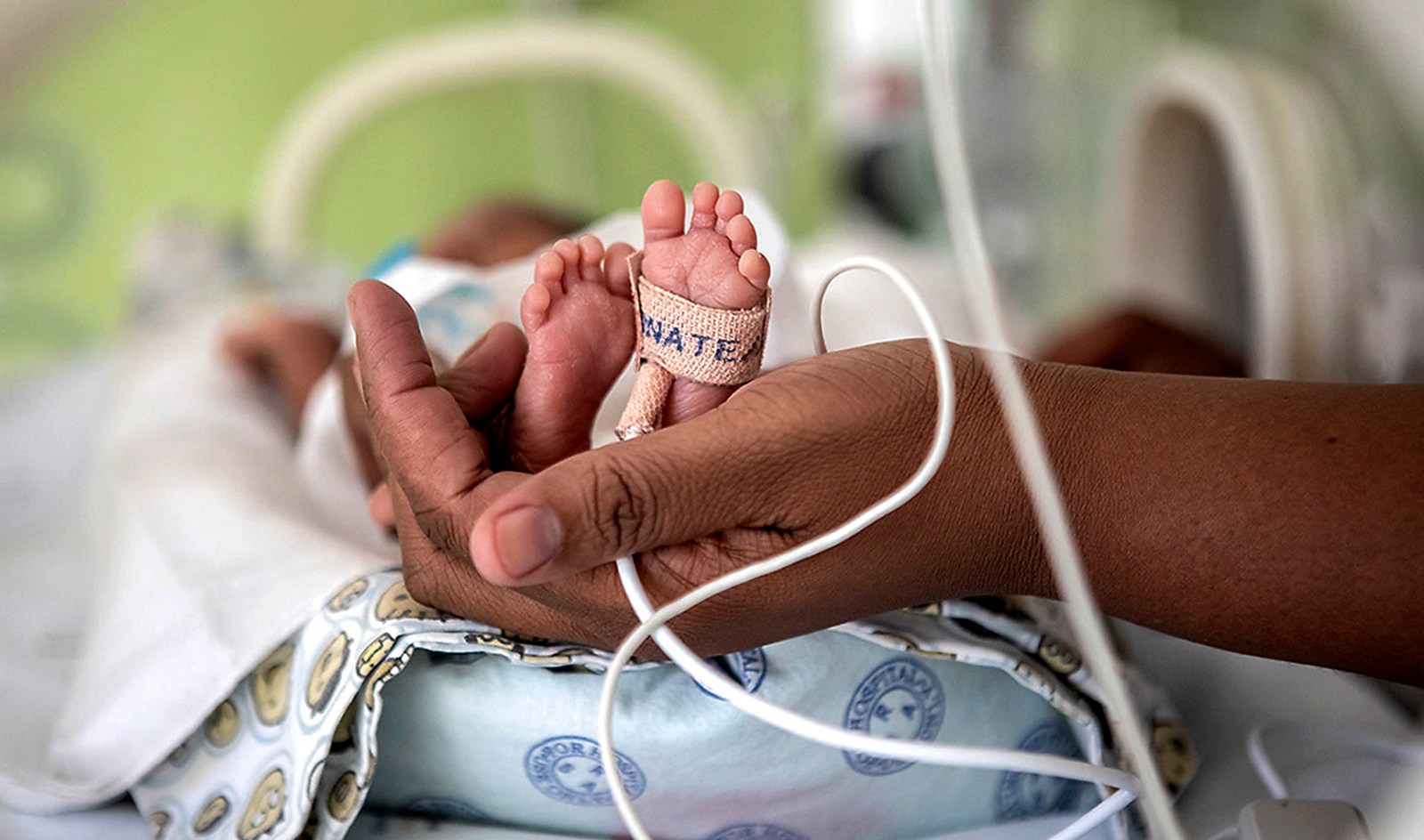 Newborns at Charlotte Maxeke Johannesburg Academic hospital have been involved in an observational study that highlights neonatal sepsis. Life-saving treatments are needed for babies who are particularly vulnerable to drug-resistant infections. (Photo: Karin Schermbrucker, for GARDP)

Children under the age of five, especially newborns, are particularly vulnerable to drug-resistant infections. Yet, the lack of research and development to develop new treatment options is putting their lives at risk.

As antimicrobial resistance (AMR) rises exponentially, it’s babies and children who are the hardest hit. The already limited number of treatments for children and babies are becoming even less effective.

The fact that newborns make up nearly a third of the 700,000 annual deaths from drug-resistant infections is untenable. This is an area where there is the greatest need, and we could have the greatest impact. Yet babies are continually neglected in the funding and development of treatments.

As we mark World Children’s Day on 20 November and World Antimicrobial Awareness Week from 18-24 November, we need to focus sharply on putting children first in the development of new antibiotic treatments.

Neonates — babies under the age of 28 days — are particularly susceptible as their underdeveloped immune systems battle to fight off infections. This is compounded by often long hospital stays as well as overcrowding in hospital wards in many developing countries in particular.

Infections can spread swiftly. Within hours, a baby with sepsis, an infection of the blood, could be in a life-threatening situation. If a baby picks up an infection, doctors have to administer antibiotics very quickly or the baby could die. Yet doctors are often faced with a heartbreaking reality, as up to 40% of bacterial infections in hospitalised babies are resistant to standard treatments.

Although regulatory agencies require pharmaceutical companies to develop plans to evaluate new antibiotics for use in children, these are generally not started until after the drugs are registered for use in adults. Many plans are delayed for years after licensing in adults, if they are developed at all.

A recent study found that of 37 new antibiotics being developed in adults, just two were being studied in children.

The short-term gain which largely benefits an elderly population, is somehow taking precedence over the long-term investment that will benefit newborns and children of today and the unborn children of tomorrow.

Conscious policy and investment decisions are needed to bring about change. This would make an overwhelming difference for children, who are still largely out of sight and out of mind, as they don’t have a political voice. We need to strongly advocate for our newborns and children in ensuring that antibiotic treatments are available and that the formulation and dose are tailored towards them.

While the pace could be much faster, we are starting to see some solid investments in treatments to tackle the silent pandemic of antibiotic resistance as more people realise that it’s not a given right that antibiotics will work forever.  Constant targeted work and investment are needed to counter the growing threat of drug resistance, and newborns should be at the front of the queue.

As the Global Antibiotic Research & Development Partnership (GARDP) we have started to make inroads. We are working with partners to accelerate the research and development of new and improved treatments, and most importantly to ensure their access once they hit the market.

With St George’s University of London and Penta, GARDP has also completed one of the largest ever studies on the care of babies with sepsis. This study, which has looked at over 3,200 newborns in 19 sites across 11 countries, will provide evidence to fill knowledge gaps, help transform treatment and save lives.

The information generated from this landmark observational study will be used to initiate an innovative strategic public health trial to evaluate new combinations of existing antibiotics to treat newborns with sepsis. This trial will begin in 2022.

The study has also helped us to build a dedicated and talented global network that will be able to conduct robust intervention trials and studies that will have an impact in neonatal management and neonatal care, including the development of new antibiotic treatments.

As partners, governments and donors in various fields worldwide, we have the opportunity to shift the trajectory. Investing in long-term strategies and treatments will reap rewards in future and make a lifesaving difference to our babies and children. DM/MC