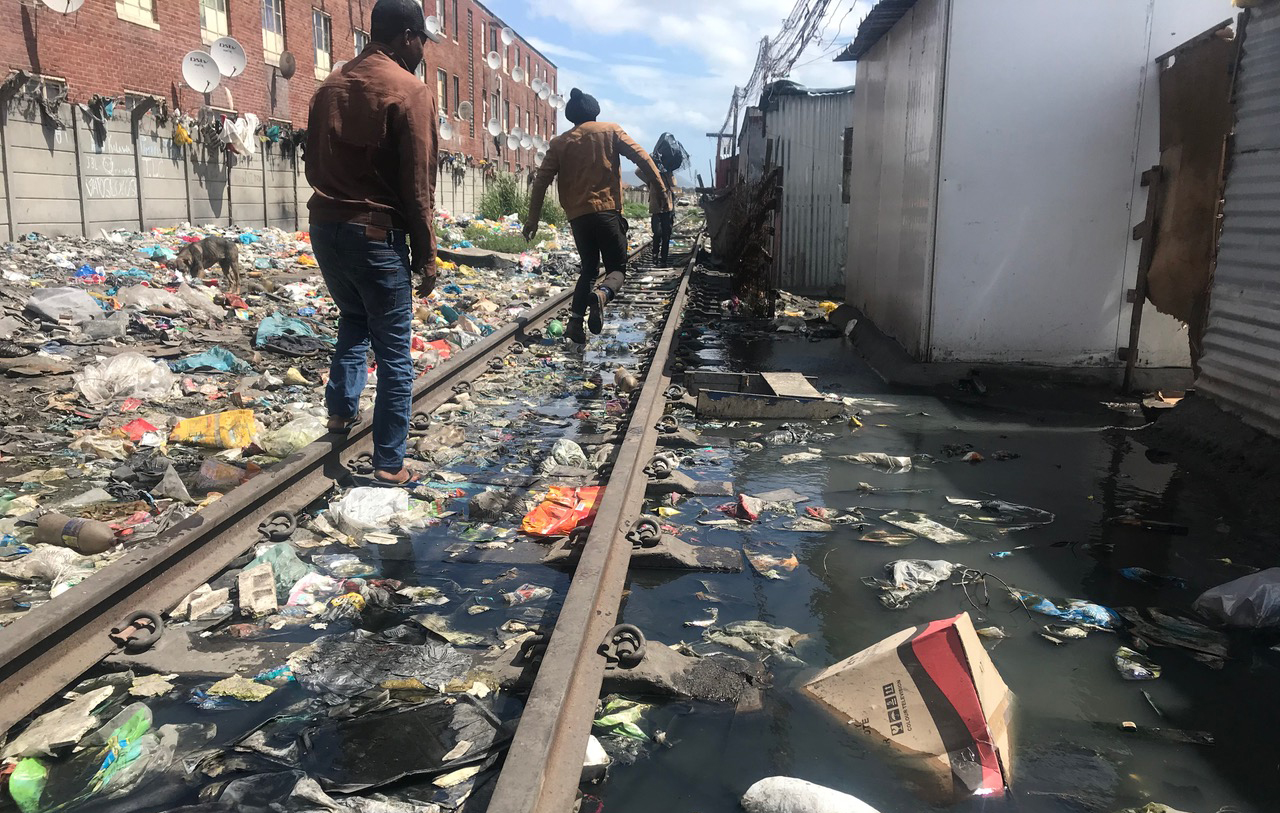 Court ruled that families living along the railway line in Langa must be shown new site four weeks before being moved. The railway line is a 'critical economic node for local commuters, especially to poorer communities' and is unusable due to the shack settlement.

Families whose shacks are built on the railway line in Langa, Cape Town are likely to remain there for a few more weeks. This is despite a looming deadline set by the Western Cape high court earlier this year, ordering the relocation of the occupiers.

Siyahlala informal settlement was established in 2016 on Passenger Rail Agency of South Africa (Prasa) owned land and then expanded towards the train station, along the railway tracks.

Prasa started talking to the occupiers in January and February to urge them to vacate the land.

On 30 July, the court granted Prasa an order for the Siyahlala families to be moved and housed. The order states that the families should be moved by 26 November and that the new site should have housing and basic services. The court also ruled that the families must be allowed to visit the new land at least four weeks before the relocation. Those refusing to be resettled could be forcibly removed.

In August, GroundUp reported that two pieces of land in Eerste River and Stellenbosch had been identified, where the Housing Development Agency (HDA) intends to build over 2,000 emergency housing units for the Siyahlala families.

On Wednesday, community leader Nomzomo Gatuya said people are looking forward to being moved to Eerste River. In the last meeting on 20 October with Prasa, Gatuya said leaders had been informed that the families might instead be relocated to Philippi.

“We are worried. It’s only a few days to 26 November and leaders have not yet been taken for a site visit. In September at Monwabisi Community Hall in Langa Prasa promised to give us a date for the visit to the relocation place but we haven’t heard anything,” she said.

Asked about progress on the relocation, Prasa spokesperson Andiswa Makanda said, “We are in the final stages of the process and any changes will be communicated to the relevant people including affected residents.”

HDA spokesperson Katlego Moselakgomo told GroundUp that plans to move the group to Eerste River are still on track. “The affected communities have and are continuously being engaged on plans at every stage of the relocation and development processes.”

Earlier this month Moselakgomo said that the HDA had identified 1,073 structures with about 2,055 people who would require relocation from areas along sections of the central railway line passing through Langa, Philippi and Khayelitsha.

“This railway line is a critical economic node for local commuters, especially to poorer communities. It has since been unusable due to the illegally erected informal structures along the railway line in 2020 at the height of the recent lockdowns resulting from Covid pandemic.”

He said the aim was to provide temporary housing solutions immediately and permanent solutions for the long term.

He said that identifying, acquiring and preparing land for development involved several processes, including a feasibility study, environmental impact assessment, earthworks and engineering. The City of Cape Town is giving guidance to the technical team on the most suitable by-laws to follow for the process, Moselakgomo said. DM