Posthumous honour of bravery for Sizwe Kondile, one of South Africa’s forgotten heroes 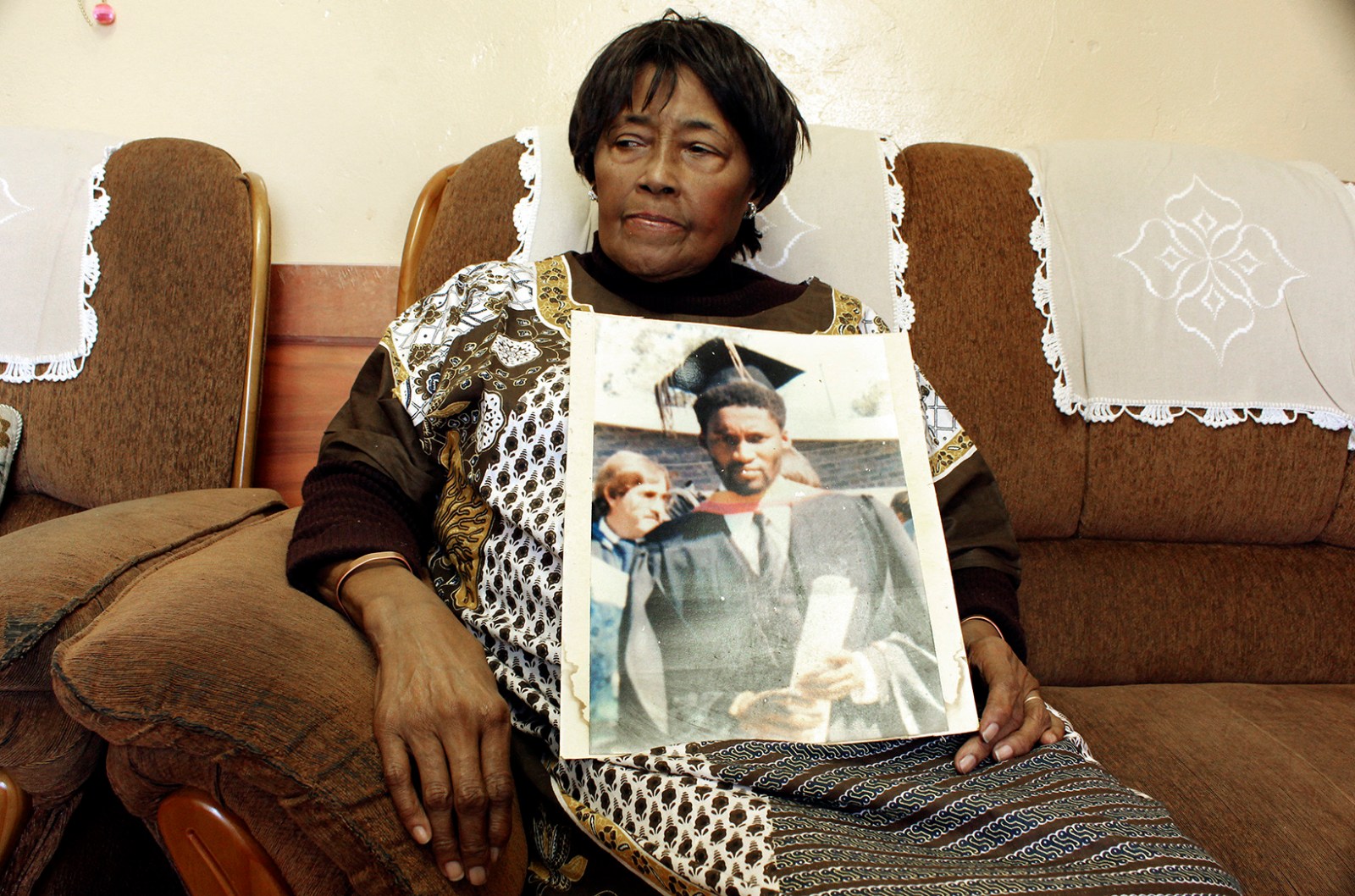 The name of Gcinisizwe Kondile on the top of this year’s National Orders list embodies a story of struggle and ideals, of evil by apartheid sanction, and of time’s toll on memory and one man’s mission for his friend’s life.

There were things Vusi Pikoli learnt in exile, like how to handle weapons and how to minimise the risk of capture by the apartheid police. What the ANC military camps couldn’t prepare him for though, was the erasure of his dearest friend Sizwe Kondile — disappeared, disbelieved, then confirmed dead, and deleted.

It has been 40 years since Kondile’s death. On Thursday he will receive the Order of Mendi (gold) — as a posthumous honour of his bravery. It’s long overdue, says Pikoli of the almost forgotten life of his childhood friend, fellow student activist and Struggle comrade whose life ended at the age of 24.

Kondile’s capture by Security Police on a cold June day in 1981 led to weeks of interrogation, then torture. He sustained serious head injuries during this time and when he was clear that he was not going to be turned he faced a cruel death before spring arrived that year.

In his last moments, his Security Branch police captors sedated him, shot him at point-blank range then burnt his body on a pyre of Bushveld wood and tyres. They braaied and drank, waiting out the seven to nine hours they knew it would take to turn his body to ash. Then they dumped his ashes and remains into the Komati River.

Eight years passed with no clues of what had happened to Kondile. In that time the rumours swirled that Kondile was an askari who had sold out his comrades and vanished into the protective bosom of his new apartheid masters. Pikoli never believed it and tuned out the taunting songs sung in the ANC camps about Kondile’s supposed betrayal. He never stopped mourning his friend and vowed to clear his name and bring rest for Kondile’s spirit.

“I am extremely excited and happy to hear that he is going to get this presidential recognition and honour, which is an indication of how good a man and friend he was. Sizwe and I were first and foremost friends — our comradeship just cemented an already long-existing friendship that started when we were children,” says Pikoli.

When the two were boys, their parents were friends who attended the same church in New Brighton, Gqeberha (then Port Elizabeth). Pikoli remembers a quiet, reserved kid during their primary school days. Mostly he remembers a playmate who shared his love for cricket and rugby and with whom he would cheer on the Windies and the All Blacks as devoted fans. They underwent Xhosa initiation rites together — testament, Pikoli says, of their bond in trust, fraternity and love.

Kondile left to finish high school in Amanzimtoti, in what was then Natal. The friends would pick up again over holidays and then at the university at Fort Hare, where Kondile enrolled for a BJuris degree. He was set on a career in law, like his friend Pikoli, who was enrolled to study a BProc at the time.

“Sizwe started driving at a young age so he would be the one who drove us to the cinema, and our girlfriends were friends. But sometimes he would just drive to my house and when he got there he’d just say to me, ‘Shut up so we can just sit together’ — he didn’t need to talk much,” Pikoli says.

Childhood and teenage whimsy also collided with realities like the fact that they could never play school sports against white schools, they weren’t allowed into whites-only cinemas, the best beaches were no-go areas for blacks and black people were forced to “buy goods passed through a shop window because you were never allowed inside the shop”.

There was harassment for not being able to produce a dompas on demand and black people were subjected to random police violence for “stepping out of line”.

They could not ignore these apartheid cruelties, nor the stirrings from across the border as Mozambique’s fight for independence from Portuguese rule took root by 1973 and 1974.

Then, in the year they started university, 1976, the Soweto Uprising shook the world when the apartheid police opened fire on schoolchildren. An estimated 600 people died in the uprising. A year later Steve Biko was killed. When Fort Hare students like Pikoli and Kondile were arrested for organising a memorial for Biko, brewing anger turned to a determination to mobilise to fight back.

In September 1980 Pikoli and Kondile slipped across the border into Lesotho. They had been in a cell of six, but two of their members, Thembi Mbiyabo and Nangamso Nzube, were captured. It was their capture that made exile to Lesotho, where they could continue their military training, the safest next step. Kondile was the first among them to re-enter South Africa on his own to carry out an operation.

It was only in 1989 when former Security Police operative Dirk Coetzee confessed to the crimes that he had committed and had been witness to, that the details of the hell of Kondile’s last days became clearer.

Pikoli remembers the last time he saw Kondile. They had been staying at two different houses that week and Kondile had driven round to where his friends were staying, hoping for a cigarette he could bum. They chatted about home and Kondile left to get his nicotine fix. It would be Pikoli’s last goodbye to his friend.

“The next day Chris Hani [who was their mentor and also based in Lesotho at the time] came to our place and asked if we had seen Sizwe. He had asked Sizwe to fill up his Datsun Stanza with petrol and he expected him back hours earlier, but he never came back. I knew then something was wrong,” he says.

The days of disappearance turned into months and into years. Pikoli says: “Those were very painful years in our lives, for the three of us [Phaki Ximiya, Thozi Majola and Pikoli]. We were left with accusations and stories as people suspected us because we had crossed into Lesotho together and there were reports that people spotted Sizwe working in South Africa and that he was an askari working with the boers.”

It was only in 1989 when former Security Police operative Dirk Coetzee confessed to the crimes that he had committed and had been witness to, that the details of the hell of Kondile’s last days became clearer.

In subsequent years, democracy arrived and the hopes of truth and reconciliation triumphed — also failed — and Pikoli became head of the National Prosecuting Authority (NPA) in 2005. By then the name Sizwe Kondile had faded to forgotten.

Coetzee’s confessions and contrition were hollow, like those of so “many apartheid Security Branch officers who went to their graves with their secrets”. The only comfort his confessions could bring was that the Missing Persons Task Team, which is part of the NPA, could narrow down a location along the Komati River where Kondile’s remains had probably been dumped. But the task team has never located any trace of Kondile’s remains.

Kondile’s family at least had “a place from where they could repatriate Sizwe’s spirit”, says Pikoli.

He calls it “solace”, that night in 2016 when, along with Kondile’s mother, Charity, and his son, Bantu — named after Biko and born in the year before they went into exile — they stood on a bank of the Komati and called Kondile’s spirit home.

“We arrived there late, so we lit candles at the river and I had to speak to him. It was very emotional for me. I called out his name and told Sizwe who I was and that we had come to free him from the enemy territory and to take him home.”

Removing a plant from the river banks, they invited Kondile’s spirit to symbolically cling on and join them on a journey back to Gqeberha. These symbolic remains are buried in his hometown and today Kondile’s name is honoured on a memorial wall in Zwide cemetery.

“What gives me comfort is that he never gave us up; Sizwe remained true to his ideals for a liberated South Africa, for freedom and justice — he stayed true to these beliefs,” says Pikoli of the nod at last to a young man who walked away from a life just beginning to fight for a free South Africa.

Thursday’s ceremony, bestowing the highest order in the land for bravery on Kondile, restores the name of a man more people should know. It draws together a loop of closure for Pikoli even if the hole in his heart may never be completely filled. DM