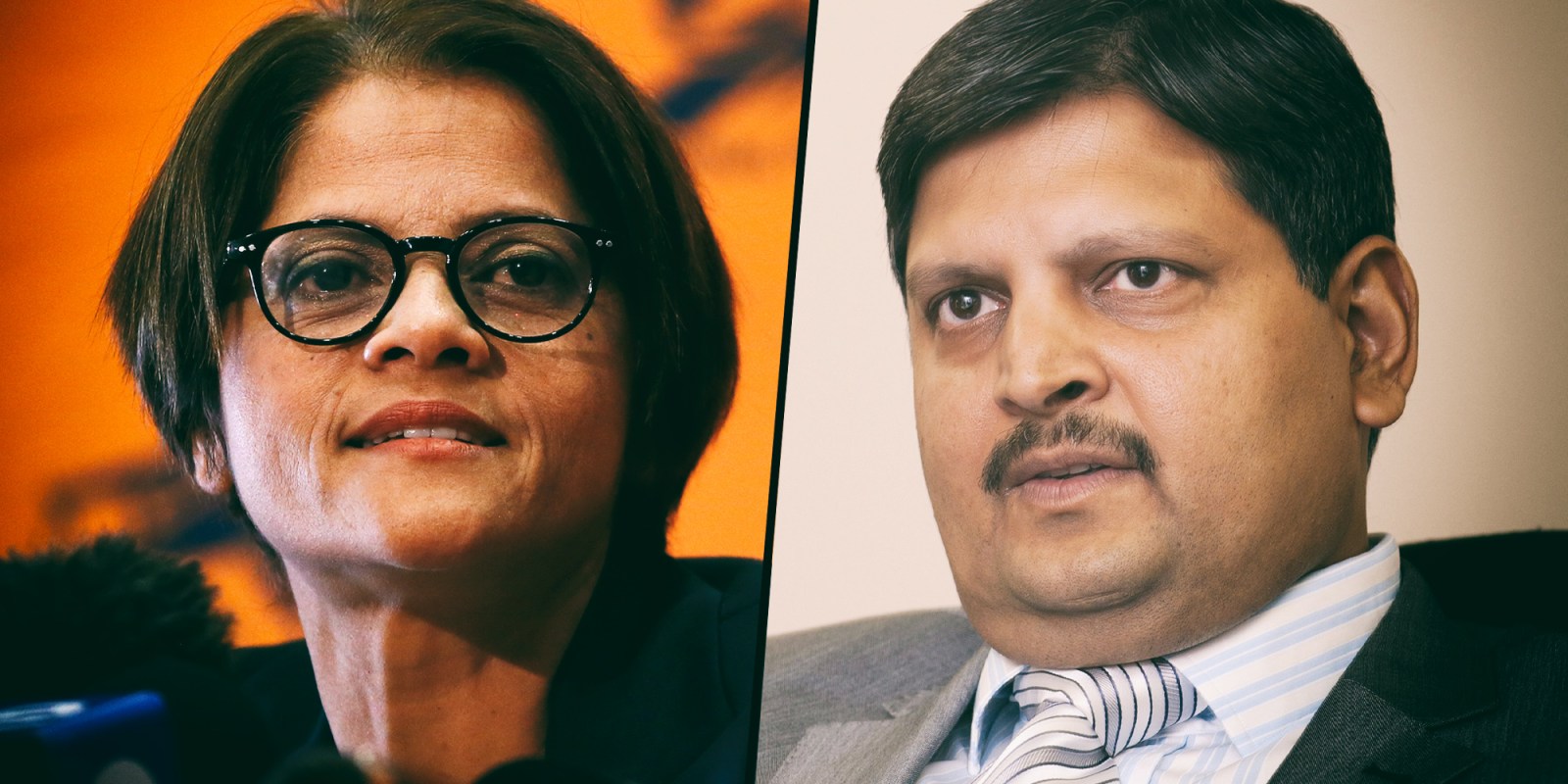 Anton Katz SC is mystified by Investigating Directorate head Hermione Cronje’s explanation that the NPA is awaiting the outcome of a review of Interpol Red Notices before it issues an extradition request to the United Arab Emirates to hand over the fugitive Gupta brothers and their associates.

Lawyers believe that Hermione Cronje, head of the NPA’s Investigating Directorate, is in no way bound by the status of Interpol’s Red Notices and could — as well as should — immediately ask the UAE to extradite the Guptas to South Africa to face trial for their kingpin roles in the gigantic State Capture project under former president Jacob Zuma.

On 5 July this year, Cronje announced progress in efforts to bring the Guptas back to SA, saying:

But a day later, the NPA backtracked, saying while Red Notices had been issued for four of the eight accused before the Bloemfontein Regional Court in the R25-million fraud and money laundering case linked to the infamous Estina dairy farm project, Red Notices for the four Gupta family members were still under consideration by the Commission for the Control of Interpol’s Files (CCF). The statement read:

“The CCF is an independent legal body that ensures that all personal data processed through Interpol’s channels conforms to the Interpol Constitution, in particular Article 3, which ‘prohibits any intervention or activities of a political, military, religious or racial character’”

The NPA noted that the Gupta family members were on record as telling the State Capture Commission that they were unwilling to travel to South Africa because of concerns that “the National Prosecuting Authority and other law enforcement agencies will be used and abused to prosecute them in circumstances where no case is made out to justify such a prosecution”.

“The CCF is duty-bound to consider submissions of this nature against the requirements of Article 3 before making a decision to issue a Red Notice,” the NPA said.

“We are confident that these notices do not violate the requirements of Article 3 in that they are neither politically motivated nor of a military, religious or racial character.

“In addition, attempts to extradite all the accused abroad are underway. In particular, the extradition request in respect of the four Gupta families to the UAE is awaiting confirmation of the presence of the family members in the UAE.”

Last Friday, 12 November, in a virtual meeting of Parliament’s Justice and Correctional Services portfolio committee, Cronje elaborated on the reasons why the NPA had not yet sent an extradition request to the UAE for the Guptas.

She said the NPA was awaiting the outcome of the review of its Red Notices for the Guptas before submitting its extradition request to the UAE:

Cronje added: “There are some concerns about whether the Guptas are in the UAE and it’s for that reason that the Red Notices are essential because Interpol has about 160 countries that will monitor borders to see their passing through.

“So through the Red Notices we will be guaranteed of location so we can direct our extradition request to the correct place. We follow up weekly with Interpol to determine when we will get a response and when we can proceed with our request for extradition. Our request is ready. Once we get the Red Notices, it’s a question of translating the document into the language of the country where they are located in terms of that country’s requirements.”

Anton Katz, SC, an extradition law expert, found Cronje’s explanation curious. In his view, Red Notices and extraditions are separate legal constructs. To suggest that extradition be put on hold while awaiting the issuing of Red Notices was a “red herring”, he said.

In an article published by Daily Maverick recently, Katz explained that Interpol Red Notices were widely misunderstood. Red Notices were not extradition requests, nor were they international arrest warrants.

“Interpol does not cause the actual arrest and/or extradition of fugitives. What Interpol does is assist states in locating wanted persons so that host countries can implement an extradition process,” Katz and Eshed Cohen wrote.

Red Notices and extraditions: The next steps in the Gupta saga

They added that the Guptas and their associates could only be arrested under the laws of the UAE. In other words, the Red Notices had no legal force — so the NPA need not await the outcome of the Interpol review of its request for Red Notices on the Guptas and associates.

Katz was also puzzled by Cronje’s suggestion that the NPA needed to wait for the Interpol Red Notices to be issued because these might reveal that the Guptas were no longer in the UAE.

“The NPA should send the extradition request to the UAE immediately. And if they write back to say the Guptas and Co are no longer in the UAE, then the NPA can deal with that new development,” Katz suggested to Daily Maverick.

In any case, it seemed likely that the Guptas were either in the UAE or India. Katz noted that both the US and UK had sanctioned the Guptas and their associates under their Magnitsky legislation, which meant they were prevented from conducting business in those countries and that anyone conducting business with them could also be blocked from the US and UK financial systems.

These sanctions imposed severe restrictions on the international movements of the Guptas, Katz said, making it difficult for them to hide their whereabouts. DM