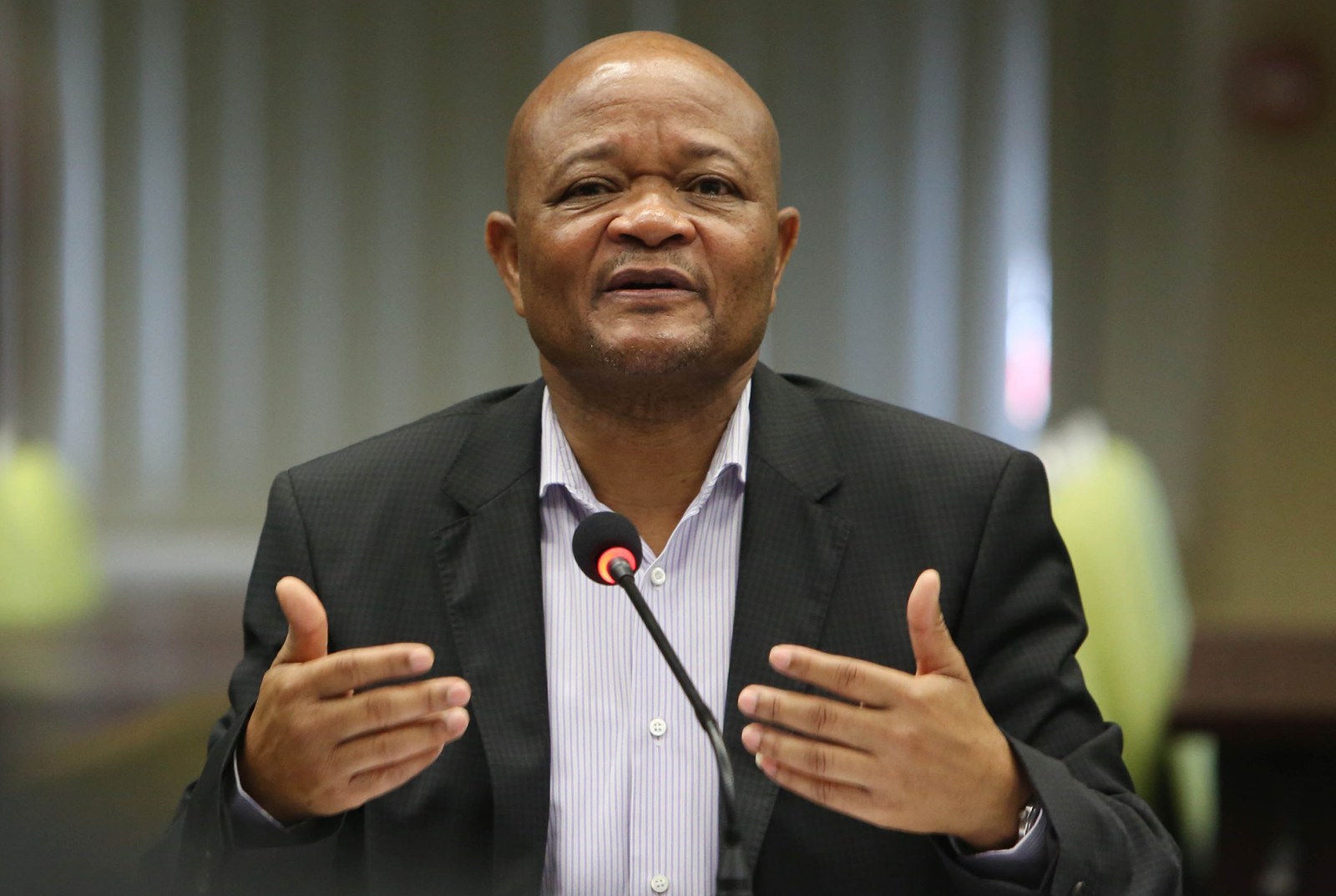 After Rand Water’s announcement last week that scheduled maintenance of pipelines in Vereeniging will affect water supply from 15 to 17 November in Gauteng, a press briefing was held on Monday to emphasise that this is not a water crisis.

‘The situation overall is, South Africa is a water-scarce country. In other words, South Africa has less water than it needs,” said the Minister of Water and Sanitation, Senzo Mchunu, during a press briefing in Pretoria on Monday.

“If you lift your eyes and say, ‘How much water do we have in the country?’, it will always be less than the demand. But that does not mean we are in a crisis.

“If we manage the water that we have, water that is available at the moment, we will continue. We will manage everywhere in the country. We will go on well.”

Following Rand Water’s announcement last week that scheduled maintenance of pipelines in Vereeniging will affect water supply from 15 to 17 November in Gauteng, a press briefing was held to emphasise that this is not a water crisis, just that water supply will be less while necessary and planned maintenance is undertaken.

“This is extremely important,” said Sipho Mosai, the CEO of Rand Water, at the briefing.

“This is not an entire shutdown. This is not a cutting of water. It’s a limited shutdown of a pipe that takes water into one of our purification works. And there are many other pipes that do that.”

“That is why most of the areas, this morning, that may be affected by water still had water, precisely because it’s not a complete shutdown,” said Mosai.

He explained that the pipes being worked on, B19 and B11, take raw water to a purification works in Vereeniging, which supplies a third of Rand Water’s water supply.

Advocate Tshidi Hashatse, the chairperson of the Rand Water Board, said that not all maintenance results in water supply interruptions.

“But the part that is being undertaken at the moment is so extensive that it does require this kind of communication because it may impact businesses and citizens in Gauteng.”

“But more than just maintaining the existing infrastructure, very often we also have to look forward and consider the growth that is happening in our area of supply, growth in terms of population growth, business growth and other kinds of developments that may be happening that would require that we change our methods and our capacity in order to be able to meet that growth or that change in demand.”

Hashatse emphasised that this is a regular and planned procedure, not a failure of the infrastructure and that Rand Water had consulted with municipalities and relevant parties ahead of time to ensure they were prepared, as well as providing water tanks for areas that will be affected.

“We’re hoping that the interruption will be minimal. But we do also understand that we need the public to join us in this understanding that it is sometimes avoidable when you’re doing maintenance of this large scale, that some areas will go without water, and that you will need to do alternative supply.”

The Gauteng Department of Health announced its contingency plans on Monday.

“Water tankers and mobile toilets have been deployed by Joburg Water in various health facilities such as Chris Hani Baragwanath Academic Hospital, Bheki Mlangeni District Hospital and Helen Joseph Hospital, among others. This is in addition to existing reservoir resources in the various health facilities that fall in the affected areas of the planned water interruption,” said the department.

Mchunu encouraged citizens to conserve water during this time.

“We need the community, we need citizens of the country to join,” said Mchunu during the briefing, “So, I’m saying when you shower, don’t shower as if you’re the only one. Please use water sparingly and understand that all of us need water.”

In addition to the planned maintenance by Rand Water, the minister mentioned other parts of the country, like eThekwini and Gqeberha, which are experiencing water shortages.

He said that the eThekwini Metro water situation in Durban is fairly stable, but some areas were experiencing intermittent supply, mainly due to demand exceeding supply and aging infrastructure.

In Gqeberha, he said, the water shortages are a result of decreasing dam levels caused by an increase in demand.

In order to avert “Day Zero” and work towards water security, citizens needed to comply with water restrictions. He added that affected areas in the western side of the eThekwini Metro will be supported by tanks and tankers as there will be a reduced water supply of about 25% as and when needed.

Another area in SA that faces water issues is Hammanskraal in northern Gauteng, which has faced a water crisis for more than a decade. The minister may have emphasised that Gauteng does not have a water crisis, but many communities would disagree.

In August 2019 the South African Human Rights Commission (SAHRC) declared the water in Hammanskraal “unfit for human consumption”, and has since made recommendations and monitored the situation.

Mchunu said during the briefing: “I’m happy to say that we’ve had a meeting with the Human Rights Commission to discuss this matter of Hammanskraal and other issues.”

He explained that as a temporary measure, the Department of Water and Sanitation had connected a pipe to a system that supplies three-quarters of Hammanskraal with clean and uninterrupted water.

Jonas Sibanyoni from the SAHRC told Daily Maverick that during a virtual meeting on 11 November, the minister, his deputy and directors had reiterated their commitment to comply with the recommendations of the SAHRC.

“In my view, the work that has already commenced in Gauteng, in terms of which Rand Water is attending to improve the supply of clean water to residents, is in line with the SAHRC’s recommendations or directives that are binding and may only be reviewed and/or set aside through an application to a court of law,” said Sibanyoni.

“Due to the cooperation and commitments made by various organs of state, and the actions of those that have already commented, I am strongly confident and I strongly believe that the malfunctioning infrastructures are capable of being fixed.”

Sibanyoni said that after a visit to Hammanskraal in late October, an inquiry that was triggered by the malfunctioning of the Wastewater Treatment Works in the City of Tshwane, the SAHRC made damning findings about the lack of a supply of clean, potable water, especially to Hammanskraal.

Mchunu said during the briefing, “Tshwane is quite problematic. And that’s why we have to now get out from under the bus and do the things ourselves in terms of looking after the people of Tshwane as far as water is concerned. We are going to complete our assessment of the [SAHRC] report and then do as necessary.”

Sibonyani said: “The SAHRC recommends that the situation regarding failing WWTWs [wastewater treatment works] in SA and its consequent pollution of SA’s water resources be declared a national disaster, in accordance with the Disaster Management Act.” DM/OBP