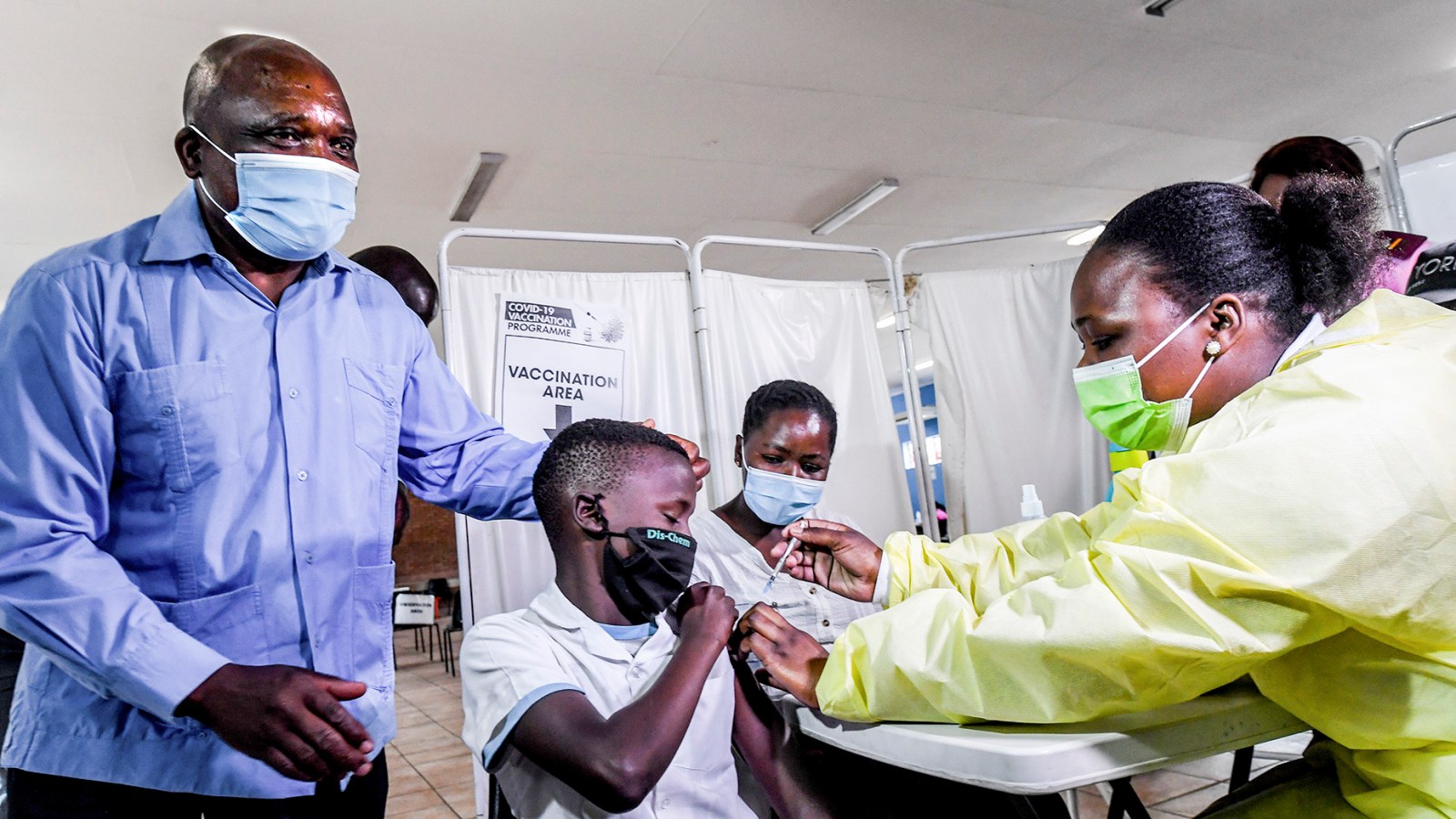 An application by the African Christian Democratic Party to stop the vaccination of children between the ages of 12 and 17 against Covid-19 has suffered a setback after the Pretoria High Court ruled it was not urgent. Meanwhile, Health Minister Joe Phaahla has urged more South Africans to get the jab, saying it will help prevent a festive season marred by a fourth wave of infections.

The Pretoria High Court has ruled that an application brought by the African Christian Democratic Party (ACDP) to stop the roll-out of Covid-19 vaccines to children in South Africa is not urgent and can be heard at a later stage.

About 250,000 children between the ages of 12 and 17 have been vaccinated so far and 350,000 have registered. Health Minister Joe Phaahla said he is confident these numbers will pick up after the end-of-year exams.

The ACDP, joined by a number of organisations, argues that the government is using the children as a “shield” to protect society from Covid-19.

The ACDP is supported in its application by Free the Children – Save the Nation, the Caring Health Workers Coalition and the Covid Care Alliance.

“This application seeks to protect the children of South Africa from the push to have [them] vaccinated as part of an untested theory that children can and should be used as a shield to protect society against the risk of the spread of Covid-19,” ACDP leader Reverend Kenneth Meshoe said in his affidavit.

He claimed the party had been “inundated” with pleas to intervene on behalf of people and “to defend their right to choose that they and their children not be forced to take into their bodies any substance, remedy or medication they do not approve of, fear or do not know the true efficacy or safety”.

The ACDP uses evidence from experts arguing that the risk of myocarditis and pericarditis (inflammation of the heart muscle), which has been linked to the Pfizer vaccine and specifically occurs in young men, is too great and can cause lasting damage.

The party is asking the court to issue an interdict to stop the roll-out of the vaccine to children (it is available for 12- to 17-year-olds), except where emergency authorisation is given by a doctor for a child who has underlying conditions.

Phaahla said the Health Department will continue to fight the legal action by the ACDP.

“It will be a major setback for us if the ACDP wins this court case,” he said. “We are going to do everything we can to fight this.”

Meanwhile, the minister said that while the timeline is unclear, a resurgence in infections is expected “possibly mid-December to January”, and they were preparing hospitals to handle this.

“It will come,” Phaahla said. He said the variants in circulation in the country are being monitored but no new variant of concern has been identified yet.

Apart from a new variant being a major driver of the fourth wave, Phaahla added that he fears the increased movement of people over the festive season could lead to an increase in infections.

He added that there are problems with retaining staff at public hospitals since many were appointed on short-term contracts to handle the emergency situation during the first three waves.

Phaahla said there is no sign, 11 days after the elections, that the run-up to the local government polls and voting day created superspreader events, with not one district or province showing an uptick in confirmed coronavirus infections.

The country was seeing between 200 and 500 new infections daily and had about 16,000 active infections currently, and while this was still relatively high it was not close to what it was during the third wave in winter.

He said there were still more than 3,000 people in hospitals around the country, with 270 in high care units, 400 in intensive care and 164 on ventilators. There were 17 more deaths due to Covid-19 complications recorded on Thursday.

“Last year we did not have a good festive season,” he said, urging people to get vaccinated to “save the country” from a similar situation where an overwhelming wave of infections led to the closure of beaches and increased lockdown restrictions.

Phaahla stressed that South Africa had enough doses to vaccinate all South African adults and non-residents by the end of December.

So far, only 39.7% of adults have been vaccinated.

As this weekend will be another Vooma weekend with several vaccination sites being opened, Phaahla said he was confident the country will exceed 40% by Monday.

Phaahla said people aged between 18 and 34 remain the most worrisome group since only 24% of them have been vaccinated.

“Fake news is making a big impact on this group.”

Since they socialise a lot, the minister fears they will be more at risk.

He said that, so far about 9,000 health workers have received Johnson & Johnson booster shots as part of the Sisonke 2 trial, to provide additional protection ahead of the fourth wave.

Professor Glenda Gray, president of the South African Medical Research Council and the co-principal investigator in the Sisonke 2 trial, said their decision to give a J&J booster shot to health workers was motivated by the results of a clinical trial showing it was safe and effective and offered durable immunity.

The study would run until 15 December in more than 4,000 sites countrywide.

Phaahla added that the Sisonke 2 study will provide insight and guidance to his department about the roll-out of booster shots to the general public. DM/MC