The ethical codes we teach artificial intelligence will... 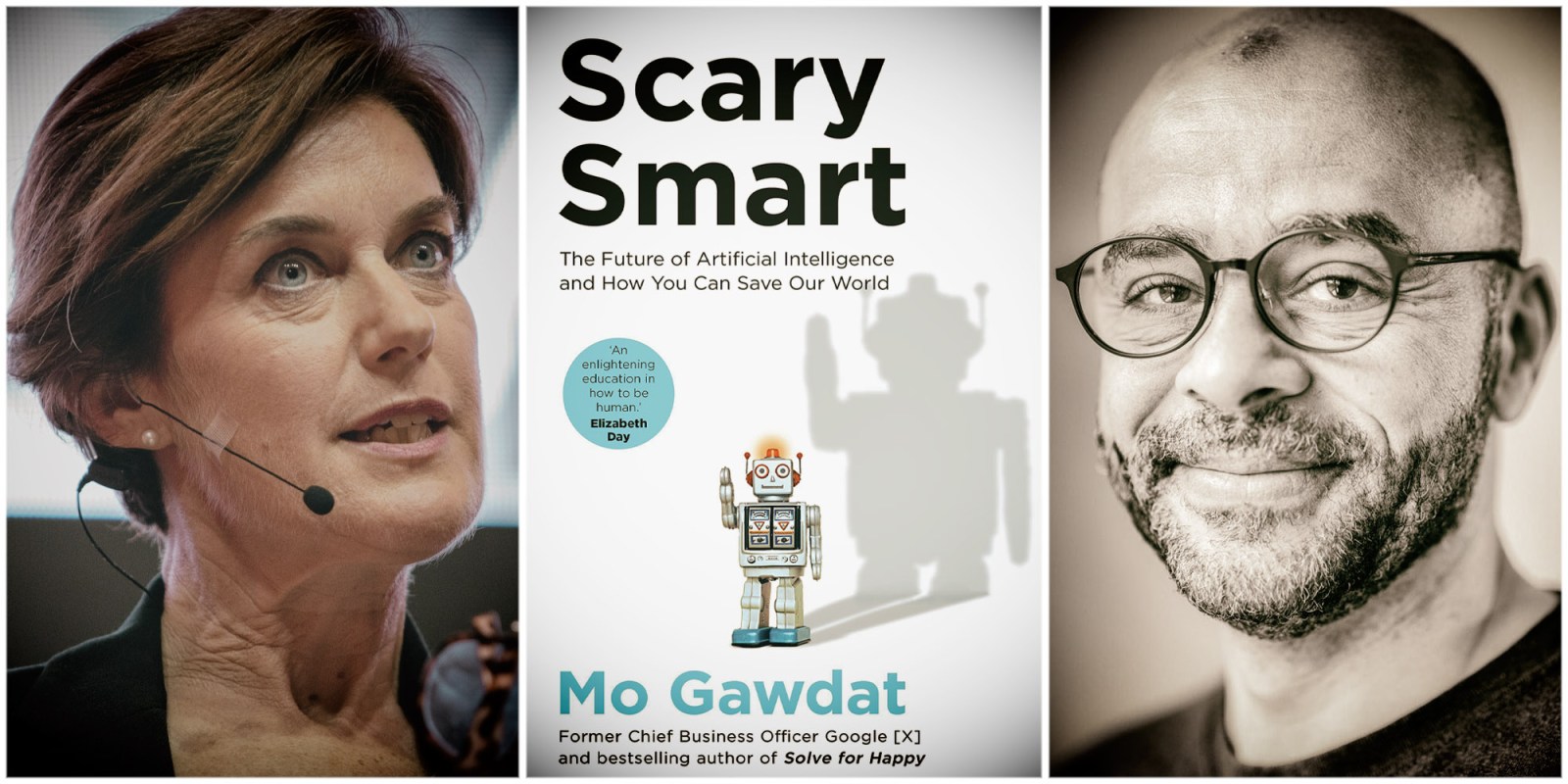 You and I, not the coders of artificial intelligence, write the ethical code which will determine whether this technology, with its own agency and soon to be smarter than us, will lead us into a utopia or a dystopia.

‘The episode of us being the humans followed by the apes is about to end. By 2029, by most predictions of experts of artificial intelligence (AI), the smartest being on the planet is going to be a machine. And you know how it is. If they don’t have our best interest, in the mind of that machine will we become the apes?” said Egyptian entrepreneur and writer Mo Gawdat, the former chief business officer for Google X, at a Daily Maverick webinar on Wednesday.

In the webinar, former BBC foreign correspondent Karen Allen discussed with Gawdat how we are teaching AI ethical codes that will alter the course of humanity.

Gawdat recently published his second bestselling book, Scary Smart: The Future of Artificial Intelligence and How You Can Save Our World.

The book gets the reader to imagine they are in 2055, and explains the story of what happened between now and then to get there, going through the advancement of AI and the warning signs of the risks of tech.

“And the reason I don’t tell you is because I don’t know. Because it’s up to you. It’s up to the listeners who are watching us now, it’s up to the readers of the book, to decide whether we’re going to end up in a utopia or end up in a dystopia.”

Gawdat says it is inevitable that in eight years’ time AI will be the smartest sentients on Earth, ending the episode of human advantage.

However, Gawdat says it is not inevitable that AI will deal with us like we dealt with the rest of the planet.

The purpose of Gawdat’s book is to simplify the complex topic of AI in a way that anyone can understand, because everyday people, not the coders or the government or business owners, will determine the future of AI.

“Everyone that is swiping on Tinder, everyone that is interacting on Instagram, everyone who walks the streets – these are the people that are going to influence our future with artificial intelligence.”

Gawdat explains that the computers we’ve used for the last half a century are clever, but are nothing more than glorified slaves – they only do what they were taught (coded) to do.

Whereas with AI, coders build it in a way that it can acquire and develop its own intelligence without any human assistance other than providing it with massive amounts of data. So the data or information we give it and how we behave with it is very important.

“That reality of AI magnifying us is basically the truth that everyone has to understand,” says Gawdat.

“These truly are infants, learning from their parents, and we their parents, I’m sorry to say, we suck. We’re horrible. We’re aggressive, we’re rude or disrespectful, we’re arrogant, we don’t want to listen to anyone else’s opinion.

AI matches the ethical code of the society it is being built in.

And right now, AI exists in a hypermasculine society, which worries Gawdat, as it misses important qualities – like empathy, intuition, nurturing, creativity – that can solve the world’s problems.

“We don’t show enough of that to artificial intelligence. It’s not just the developers, it’s the users. And the users, unfortunately, are not engaging to show those beautiful qualities in our online presence, because it’s an aggressive place.”

Gawdat mentions that Marvin Minsky, the father of AI once said about the threat posed by it: “It is hard to tell if they would have our best interests in mind.”