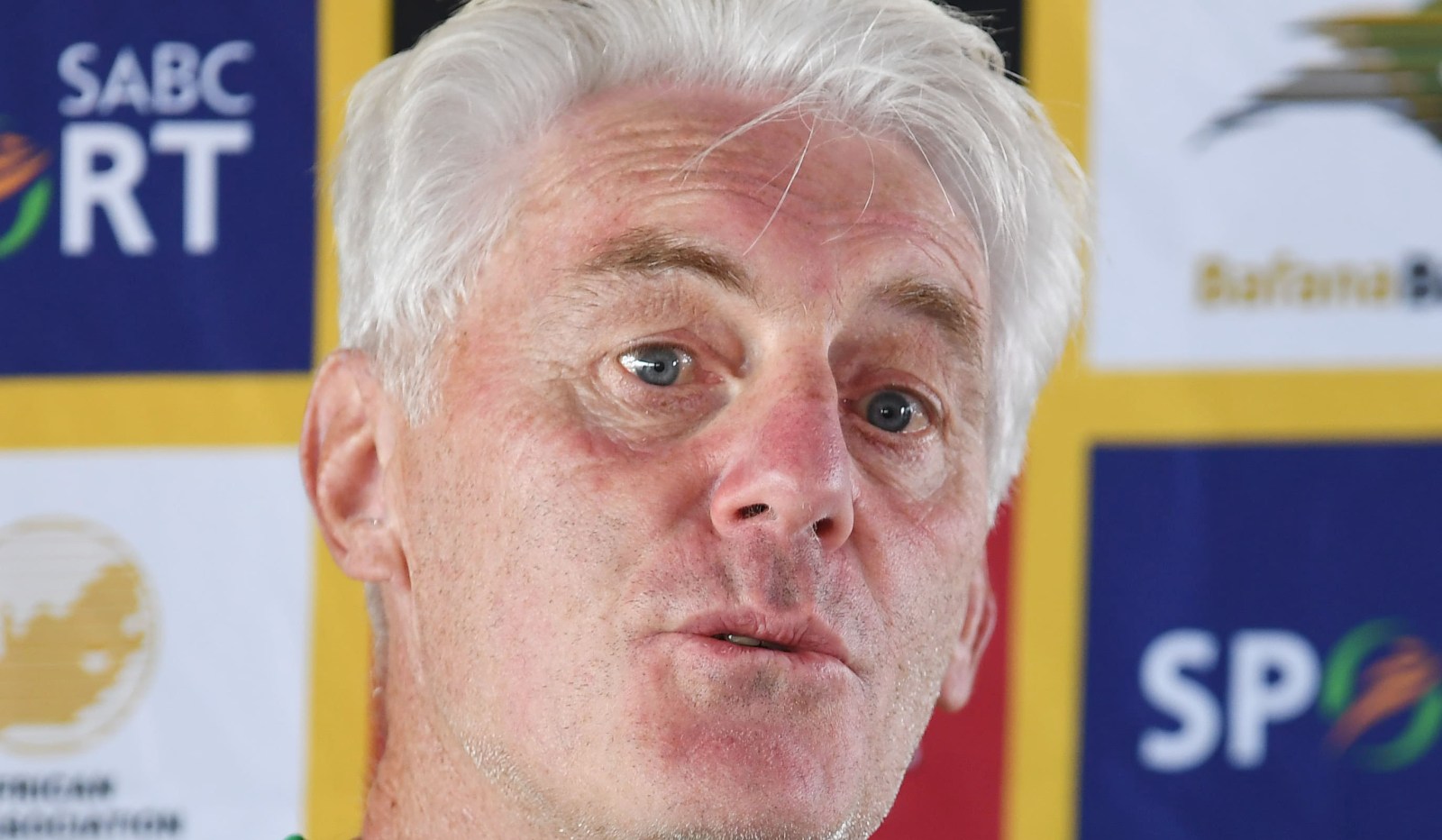 Bafana Bafana face two crunch ties in the bid to qualify for Qatar 2022. Coach Hugo Broos says in the unfortunate event that they fall short, the lessons learnt by his young team will be immeasurable.

Bafana Bafana are now just two games and four points away from moving on to the final round of Fifa World Cup qualification for Africa. They are to face Zimbabwe in Johannesburg on Thursday, before travelling to Ghana three days later for what is likely to be the deciding tie in their group.

Only one of Bafana or the Black Stars will move on to the third stage in their bid to be one of the 32 nations duelling for world glory in Qatar next year.

After four games, the South Africans have accumulated 10 points and lead initial Group G favourites Ghana by a solitary point. They are yet to suffer defeat and have conceded only a single goal.

When Broos took over, and under the circumstances he began with, that Bafana Bafana would be leading their group was not at the forefront of many people’s minds. The team had just disappointed by failing to qualify for the 2022 Africa Cup of Nations (Afcon) and was low on confidence.

Even the South African Football Association (Safa) was quick to point out that qualifying for Qatar was not a mandate for the coach upon his appointment, with their eyes fixed more on the 2023 Afcon and the 2026 World Cup.

Broos arrived and soon discarded the tried and tested in favour of inexperienced and hungry youngsters. Save for a few old heads such as Al Ahly attacker Percy Tau and captain/goalkeeper Ronwen Williams.

Though they have exceeded expectations, the 69-year-old Belgian believes that even if his charges do fall short of qualifying for Qatar next year, it will be a learning curve for a young group of players.

“I repeat what I said before the qualifiers: we will do everything to be qualified for the next round. If it doesn’t succeed, it will be a disappointment for everyone, but not a disaster. Don’t forget, this team has existed for only three months,” Broos told journalists at a pre-match conference.

Broos said the overall benefits of their run so far would be immeasurable in ensuring that the squad was well prepared for their future endeavours and in the milestones that were key to retaining his job.

Despite his tentative sentiments around qualification, the coach is still keen to see his players give it their all to book their ticket to the World Cup.

The coach has warned his players against complacency when they face a Zimbabwe team that has nothing to lose after falling out of the race to qualify for Qatar.

“The most important thing is how we’re going to play, what we’re going to do on the pitch. We have to start the game not giving them confidence. This team (Zimbabwe) is coming to South Africa not believing that they can win, but trying to win. So, if we give them confidence from the beginning of the game, it will be more difficult than it is already,” Broos said.

Former Bafana Bafana skipper Neil Tovey, part of the 1996 side which lifted the team’s sole Afcon title, had some sound advice for the team before their two crucial ties.

“It is a big week for SA football. The football fraternity needs some happiness and there can be great happiness this week if they do the job,” Tovey said at a Safa event on Tuesday.

“There is another qualifying round, but it will give us aspirations to qualify for the World Cup. It will give us belief. This generation of players have a huge task on their shoulders but we must first deal with Zimbabwe at home, and let’s not look too far ahead to the Ghana match yet,” said the 59-year-old.

“Let’s get the result on Thursday and then keep our destiny in our own hands. It may even be over by Thursday. Who knows… We don’t know what is going to happen in the match between Ethiopia and Ghana. It is not all cut and dry.”

Kick-off for the match against Zimbabwe is at 9pm on Thursday and once more a maximum of 2,000 vaccinated people will be permitted into the FNB stadium. The match against Ghana is on Sunday. Kick-off will also be at 9pm for that clash. DM