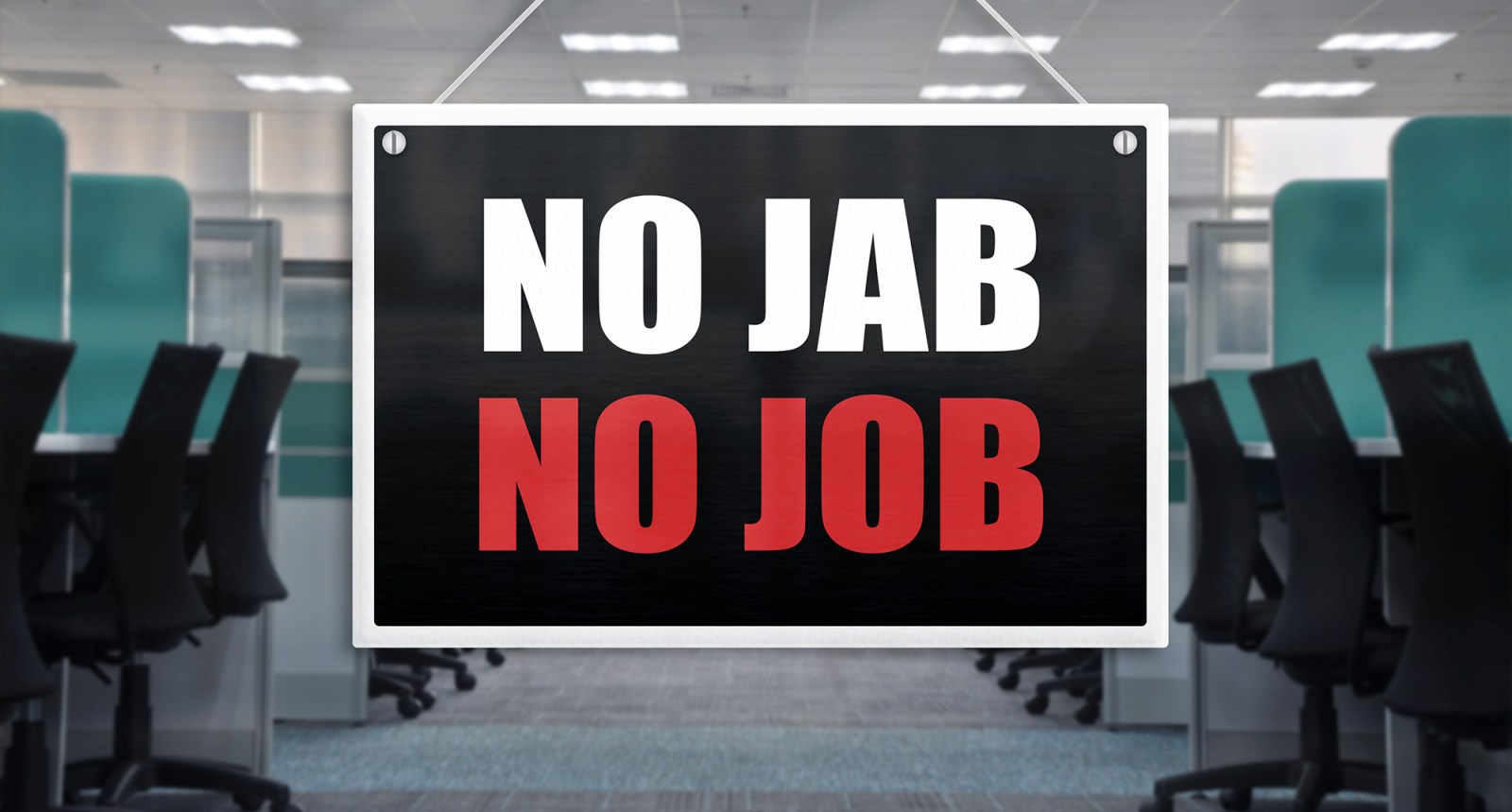 Labour law and constitutional law expert Halton Cheadle said on Wednesday night that he believed a challenge to the constitutionality of a mandatory vaccination policy in the workplace and even retrenchments on these grounds will in all likelihood survive scrutiny by the Constitutional Court — and a growing body of international jurisprudence backed him up on this.

Mandatory workplace vaccination policies will most likely survive a constitutional challenge, legal expert Halton Cheadle said during a South African Medical Research Council webinar on the issue — he also believed it was legally possible to fire an employee who refused to get the vaccine.

He said he believed that mandatory vaccines for Covid-19 will not infringe constitutional rights — and even if it did it would be found to be justifiable.

He said there were many “misleading and grandstanding” claims about constitutional rights allowing people to refuse the Covid-19 vaccine.

Cheadle said employers who followed the correct procedures, including providing extensive counselling and opportunity, could legally dismiss employees who refused to be vaccinated against Covid-19. Employees could also be required to provide a weekly negative Covid-19 test at their own cost.

When asked if an employee could be fired for refusing to get vaccinated against Covid-19, Cheadle said the simple answer was yes.

“The more difficult answer is  the human resources complications and issues that this raises.”

He said if one looked at the way the United States’ federal government and New York City dealt with healthcare workers and police officers who refused to be vaccinated, they were simply told that they were not entitled to come to work if they were not vaccinated or could not provide a negative Covid-19 test — and they would not be paid.

He said the situation was similar to what an employer would do at present if an employee did not wear a mask or showed signs of Covid-19.

“Just say sorry  — off you go,” he said, adding that while employees could take sick leave, there was a limit to how much sick leave one could take.

“Either get vaccinated or pay for a test — or it would be no work no pay,” he said.

Cheadle said that if an employee could work for some time because of their refusal to be vaccinated or provide a negative Covid-19 test, employers could retrench them for a lack of capacity.

He said the situation was similar when a person employed to be a driver lost their driver’s licence. “They are no longer capable of working.”

He said before this happened, however, employers had to exhaust every avenue to persuade their employees to be vaccinated.

“No right is absolute,” Cheadle said, adding that fundamental rights could be limited if there was a compelling public purpose and if the limitation was proportionate to the right to be protected.

He said in terms of the Occupational Health and Safety Act, employers had to take “reasonable and practical steps” to maintain and ensure a safe working environment. This requirement, he said, also applied to mines in terms of the Mine Health and Safety Act. He explained that given the “overwhelming evidence” of the efficacy of the Covid-19 vaccines, he had little doubt that a court would see this as a necessary measure to create a safe working environment.

He said the court would also consider what the legal position was in other open and democratic societies and any analysis of whether a limitation on human rights was justified would include the scrutiny of comparative legislation and legal authorities.

He explained that the European Court of Human Rights had held that mandatory vaccinations were allowed for the protection of the population against diseases that posed a serious risk — and there had been similar decisions in France and Italy.

He said the court would also ask how invasive a mandatory vaccination policy would be — and he believed this ground of constitutional attack would also falter.

He said the vaccine was free and employers should provide transport to vaccination sites.

“What is the difference between a jab in the arm and a pill? If we look at the infringement [on human rights] it really isn’t particularly compelling. If the Constitutional Court had to deal with this, it would seem to me that they would have no difficulty whatsoever to determine that it is constitutional,” Cheadle said.

He said that the European Court of Human Rights and the Italian Court had both ruled that if a government wanted to make vaccines mandatory there had to be some compensation for those who suffered adverse effects.

He said the South African government had established a compensation fund for claims and compensation was also provided for in terms of the Compensation for Occupational Injuries and Diseases Act.

“It is a really important part of the argument,” he said, but added that the statistics showed that this would affect maybe one or two people per million.

“Murders and traffic accidents impact 350 to 400 per million people,” he said.

Professor Glenda Gray, the president of the SAMRC and the co-investigator in the Sisonke Trial that provided early access for healthcare workers to the Johnson & Johnson Covid-19 vaccine and now for booster shots, said vaccines were developed for individual benefit, but also had huge public health, educational and economic benefits.

She said more and more data was becoming available showing that there was a link between the reduction in viral load through vaccination and decreased transmission.

She said that naturally acquired immunity, through infection, would wane and did not protect against future infection, but people who had Covid-19 and then were vaccinated had shown an immune response similar to someone having received a booster shot of the vaccine.

Gray said that a Covid-19 infection could lead to death while vaccines had been shown to be efficacious at preventing death.

She said mandatory vaccination policies seemed to have an impact globally by boosting immunisation rates.

She added that the mass resignations feared in the US as a consequence of mandatory vaccination policies had not materialised, with the departure of people refusing to get vaccinations estimated at around 4.7%.

“People are not voting with their feet,” she said.

“We have to vaccinate against the pandemic and address vaccine hesitancy,” Gray said.

Dr Tracey Naledi, a deputy dean at the University of Cape Town’s Faculty of Health Sciences, said in September the deans of the country’s health faculties published a joint public statement recommending that there should be a mandatory vaccination policy for health sciences students and health workers and further recommended that healthcare workers had booster shots.

“The rationale for the recommendation for mandatory vaccinations was to save lives, to make sure that we reduce morbidity and to protect the health system,” she said, adding that about 40% of health workers had contracted Covid-19 in the past.

She explained that from a teaching perspective, with health sciences in particular, practical bedside teaching was important in preparing health workers who would be fit for purpose.

These, she said, were the reasons why the deans of the country’s medical schools argued for the mandatory vaccination of health sciences students.

“Since then, many of the universities have taken this even broader than just health sciences students,” she said.

She said while discussing a mandatory vaccination policy for UCT, they received more than 1,000 questions during webinars that had been presented on the subject.

“We are busy collating answers to these,” she said.

She said while the university’s council has approved the policy in principle, a panel had been appointed to provide guidance on who would be excused from this policy and what would happen if a student or staff member chose not to vaccinate.

“We want to ensure that there are no unintended consequences. There is a  public health rationale — but we must also be mindful of consequences,” she said.

Gray said that serious adverse reactions to the vaccine were rare events that occurred in between three and four cases for every million vaccines. She said the risk of similar complications caused by Covid-19 were much higher.

“Billions of vaccines have been given at a global level — there has been no safety signal. South Africa is no different to the rest of the world,” she said. DM/MC