Doofus the Demon Dog and a story that went too far 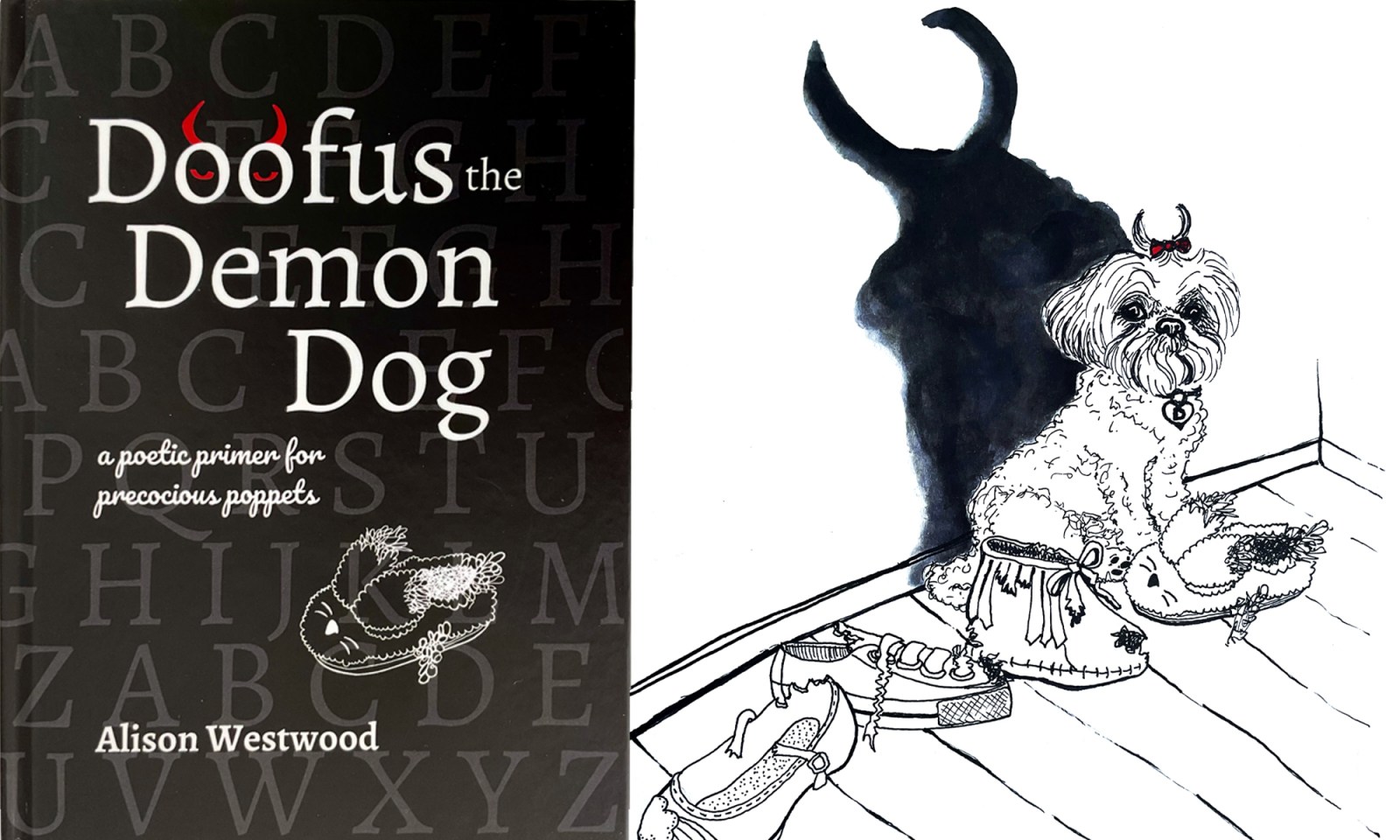 When reality catches up with the book you’re writing, things can go in unexpected directions.

The book’s plot was advanced, the main character well formed, the location established. There would be an incurable plague that jumped from an African grey parrot, widespread riots by looters blaming foreigners, which would take down the internet, isolating the city.

The heroine and her dog would follow an escape route to a little harbour, but her former lover and his boat would have left before she got there. Eventually, among the few survivors, she would have to figure out how to survive in a lethal world.

“I was totally into it,” says Cape Town writer Alison Westwood. “If you wake up in the middle of the night and the world’s gone batshit, what do you do? I was living my plot, totally inside it. I had interviewed a guy about PPE and body armour, worked out a way to escape the city, figured out what equipment I’d need.

“Then my apocalyptic novel hit the brick wall of reality. Pandemic, lockdown, riots. It seemed like everything I had imagined was now happening in real-time.

“I went whaaaat? Suddenly my story didn’t seem impossible, and then it didn’t seem like something I wanted to think about anymore. I kinda locked the book in a cupboard and ran away screaming.”

She realised she needed to write something that cheered her up.

“I was sick of being miserable as the world went mad around me. Then one day the poem Doofus the Demon Dog popped into my head. I don’t know where it came from. The others just seemed to follow.

“I’ve been writing playful poems since I was a kid. What I liked about writing Doofus was that it didn’t feel important. It was no-pressure stuff.”

But even nonsense can benefit from research, and the poems do include a fact or two. A lot of jellyfish really is called a fluther, and they do have 45 thousand kids at a time. Of course, quokkas don’t generally have dishes to wash. “I think it’s obvious which bits are true and which aren’t,” she chuckles.

The book that emerged as one lockdown followed another got the title of its first poem. If it has an underlying theme it would be: Isn’t everything kind of ridiculous?

“It is, really, if you think about it,” she says. “I realised I prefer writing humorous stuff. I like being able to be a bit loopy.

“I enjoy the music of rhyme, too. I don’t think enough people rhyme in poetry anymore. Not that there’s anything inferior about non-rhyming poetry – I just don’t think there’s enough rhyme around.

Another of Alison’s passions is alliteration, which she thinks of as rhyming the beginnings of words.

“I’m Ali the Alliterative Alligator when someone asks me to sign the book.”

As a kid, she enjoyed cracking codes, and in Doofus there are a few clues and jokes people may or may not get. In one case, a missing word can be found in the illustration. Another picture of papyrus covered in hieroglyphics comes with a clue on how to decipher it.

The poems in the book are wonderfully, playfully quirky and they really needed illustrations. So that became her co-project.

“You have to write the poem first,” she explains. “Then you draw the creature so it’s doing what the poem tells it to.

“Some of them were a challenge. For example, giving a jellyfish a jolly expression took some experimentation. Then I realised that purple jellyfish do sort of have faces, if you look at them hard enough. You just have to emphasise it. They have bulbous noses and big moustaches.

“I guess Doofus is a second childhood thing, and the book is more for grown-ups who want to visit their inner child. Although, I did try a few of the poems on a 10-year-old and he liked them. Its subtitle is ‘a poetic primer for precocious poppets’ so I guess it passed that test.”

The effect of the pandemic was to cure Alison of the desire to be serious or to skate too close to the deadly possible. That explains the book she’s writing now.

“It’s tentatively called Murder at the Muizenberg Midnight Mini-Market. I’m telling you the title because, apparently, people who share their goals are more likely to achieve them.

“In this book, things are going to be supernatural, so there’s absolutely no chance of them actually happening. There’ll be magic and witches and a suicidal parrot… I’ll stop there.”

“Doofus was a good way to figure out who my friends were. Friends are people who like nonsense poetry. I think enjoying it is a sign of a cheerful kind of intelligence as opposed to a gloomy kind of intelligence. Grouchy people will not like this book. It won’t make them any less grouchy.”

Here’s a starter kit on Doofus the Demon Dog.

Doofus the Demon Dog
was a most frustrated creature.

His sufferings were worse than those
of Schopenhauer or Nietzsche.

He started life quite happily
tormenting souls in Hell,
but, as a special punishment –
the Devil knew him well –
he was taken from his pleasures,
sent hence from Satan’s pits,
materialised in earthly form –
alas that of a Shihtz –
who was so fluffy and adorable –

a precious ball of joy –
his owner made him wear a bow,
although he was a boy.

“What a silly little pooh-face,”
she squealed. “I’ll call him Doofus!”

“I am Narth the Ultra-Ravenous,
the eater of lost souls!”
To make his point he found her shoes,
and chewed them full of holes.

“I am Narth the Most Vociferous,
dread my fearsome howls!”
But all they sounded like to her
were squeaky little growls.

“I am Narth the Odoriferous,
breathe my noxious stink!”
So she scrubbed him with pink bubbles
in the kitchen sink.

At last poor Narth – now Doofus –
had to admit that he
had been thoroughly out-tortured
by a human girl, aged three.

Jeremy the Jolly Jellyfish
lives in an aquarium.

The reason for his happiness?

He invested in Ethereum
right back at the beginning,
when it cost almost squat,
and now he owns a super tank
and an ocean-going yacht,
and all his 45 thousand kids
have their own au pair.

(This may sound ostentatious
but he is a billionaire.)

It’s really quite a sight
to see them all together.

Ninety thousand jellyfish:
that’s what you call a fluther.

Zachary the Zef Zebra
had a touch of cabin fever.

“Jislaaik ous, I’ve got the blues!

Let’s go get some cool tattoos.
I’m bored of stripes, I want a spiral.
I scheme this new look could go viral.”

Now Zach the Zef and his herd
call themselves ‘Die Woord’ or ‘Word’.

They’re always seen out in their jammies,
their manes are mullets, they swear at grannies.

They drink brandy with their breakfast,
play rap all day, and ride reckless.

Zach tries hard to be this crude –
and all because he got tattooed. DM/ML

To order the book and read more of the poems, click here.