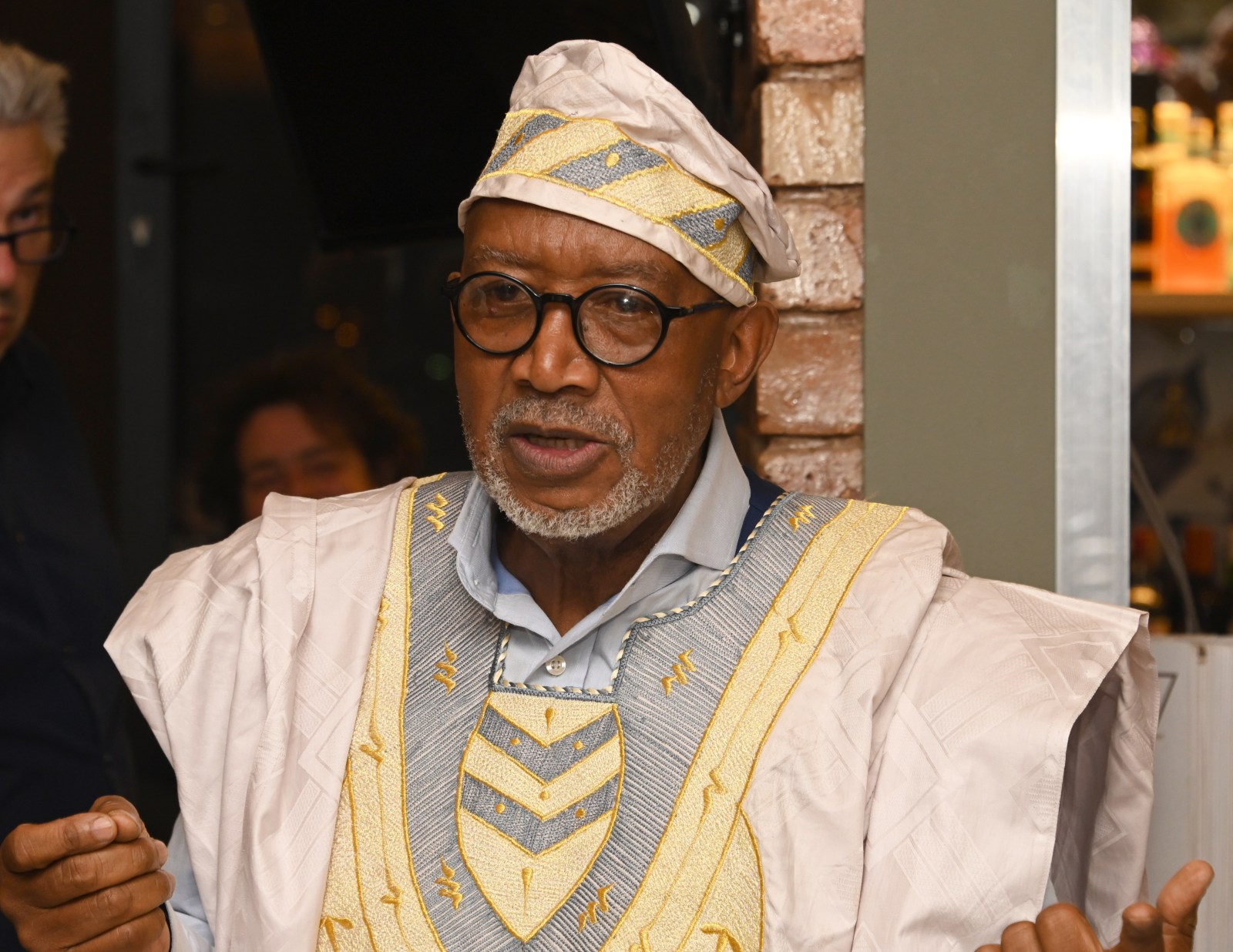 Drummer, saxophonist, composer, activist – and anthropology student – Sipho “Hotstix” Mabuse has turned 70. If you wanted a guidebook to the distinctive character of the South African jazz scene, Mabuse’s 50-year career offers one.

South African jazz occupies a landscape that is rarely elitist, never haughtily insulated from popular and traditional sounds. Professional survival demands a multiplicity of roles and identities from its artists. And the music has always had something to say about the politics of its day, then and now.

Mabuse’s remarkable life shows us all that and more.

Sipho Cecil Peter Mabuse was born in Orlando West, a township in the heart of Soweto, Johannesburg’s historically black urban settlement. His father ran a small corner shop selling household supplies including coal, though he was, the drummer recalled, never really committed to the entrepreneurial life.

But, like many of his neighbours, he was committed to resisting the oppressions of apartheid. During the 1960 anti-pass campaign, the young Sipho held his father’s hand.

“Marching alongside Nelson Mandela, Henry Makgothi, other leaders, in Orlando West. I was just a little impressionable kid, but I’m carrying those memories with me…”

Part of Soweto’s hunger for change was an appreciation for music, and especially jazz and the more conscious American soul artists. “Nina Simone blew me away,” Mabuse recalled.

Playing drums in a youth band was fine as a hobby. But music as a career? That was initially unthinkable in the Mabuse household: the young Sipho must study for university.

Things changed when some boys from another school joined Orlando West High for their final exams. Guitarists Selby Ntuli and Alec Khaoli were already creating original music and aspiring to emulate what were called the “township soul” bands of the late 1960s, who borrowed their sartorial style from Stax and Motown, identified their own experiences of oppression with the mood of US Black Power, and crafted lyrics in all African languages spoken on the streets.

Township soul was highly political in its proud self-assertion of identity even when its songs ran the gamut from teenage love to community hopes and fears.

The school principal encouraged his students to perform to raise scholarship money, and the young Mabuse offered his services as a drummer. Another teenage musician, Monty Ndimande, joined. Their early forays into more professional arenas such as community halls were disastrous. But solid rehearsal and sponsorship from a successful local boxer meant the band (which called itself The Beaters in deliberate echo of four equally musical Liverpool youngsters The Beatles) soon had a dedicated following.

“Little did we realise there would be such a demand. Some of the other bands were older, but because we were a high-school band, students from all the high schools identified with us. The money just started rolling in…”

That led to recordings and, eventually, a decision to quit school and become professional musicians.

The youngsters started touring neighbouring African states and opening for visiting overseas artists. As fast as the money rolled in, they spent it. Mabuse reflected:

“We were well dressed … We bought some of the most expensive clothes … If I had known about money what I know now, things would’ve been different.”

A 1975 stay in neighbouring Rhodesia (now Zimbabwe) as that country’s independence struggle intensified was seminal in reshaping the band’s identity and discourse. Mabuse recalled:

“A groundswell of Black Consciousness influence was pervasive. In Harari we rediscovered our African-ness, the infectious rhythms and music of the continent. We came back home inspired! We were overhauling ourselves into dashiki-clad musicians who were Black Power saluting and so on.”

On their return to South Africa:

“Whether you played mbaqanga or not, everybody became proud of who they were: {believing} the type of music that we do must relate to the politics of the day … the music must derive from our environment.”

Their subsequent album, Harari, recorded for the country’s only independent black record label, As-Shams, soon gave its title to a re-named band. The studio stable brought them into contact with older, more serious jazzmen.

“Kippie looked at us very suspiciously at first. After all, we were just laaities – kids – from a pop band. We were quite in awe too. But after we all played, he came over, smiling, to congratulate us … The only way we could prove ourselves was to play jazz – even if on most stages we played pop music.”

Harari became a runaway hit, followed by the next LP, Rufaro (Happiness). By 1976, Harari was voted South Africa’s top instrumental group. But in the political turmoil that followed the June 16 Soweto uprising, the band also helped the struggle, smuggling fleeing rebels to neighbouring states as they toured.

After the sudden death of Selby Ntuli in 1978, Mabuse became leader of an outfit whose membership now changed often.

By 1980 Harari had garnered more awards, topped more charts, and become the first black band to headline Johannesburg’s Colosseum theatre. But tensions within the outfit were growing. By 1982, Harari had broken up.

Mabuse became a solo artist, continuing to create impressive chart-toppers such as Burn Out and Jive Soweto. He increasingly used his showbiz travels and identity to hide the work of carrying communications and intelligence in and out of the country for the underground struggle of the banned African National Congress.

At the dawn of change in South Africa, his 1989 Chant of the Marching memorialised the heady, tragic events of June 1976.

By then Mabuse was using his earnings more sensibly, supporting older family and buying his mother a house.

By the 1990s, as apartheid ended, he was active in organising artists and advising on cultural matters, though shunning formal political roles.

Then another ambition – on the back burner since The Beaters made it big – was revived. Mabuse went back to high school, passed his exams and signed up for an undergraduate degree in anthropology.

He still performs – in revival shows featuring his pop hits and in jazz contexts. In 2018, he was one of the founding artists of The Liberation Project, with percussionist Dan Chiorboli, singer Roger Lucey, guitarist and producer Phil Manzanera and a cross-national cast of dozens.

That revisioned resistance music from South African, Italian anti-fascist resistance, Cuban and other struggles, releasing a double album and touring the world.

Now an elder statesman of South African music, regularly invited onto industry panels, Mabuse hasn’t given up the political convictions that motivated him back in the 1970s. Music, he knows, still matters off as well as on the stage.

Talking about The Liberation Project back in 2018, he reflected:

“Most of what we’ve done since 1994 has been done badly. There’s poverty, corruption and leaders do not listen. But if we remain fearful, we’ll stay subject to those in power. We have strength in numbers, and in our convictions, and music can remind us and reawaken that.” DM/ML

This story was first published in The Conversation.
Gwen Ansell is an associate of the Gordon Institute for Business Science at the University of Pretoria.