The Promise: A ‘penetrating and incredibly well-constructed’ portrait of a white family navigating post-apartheid South Africa 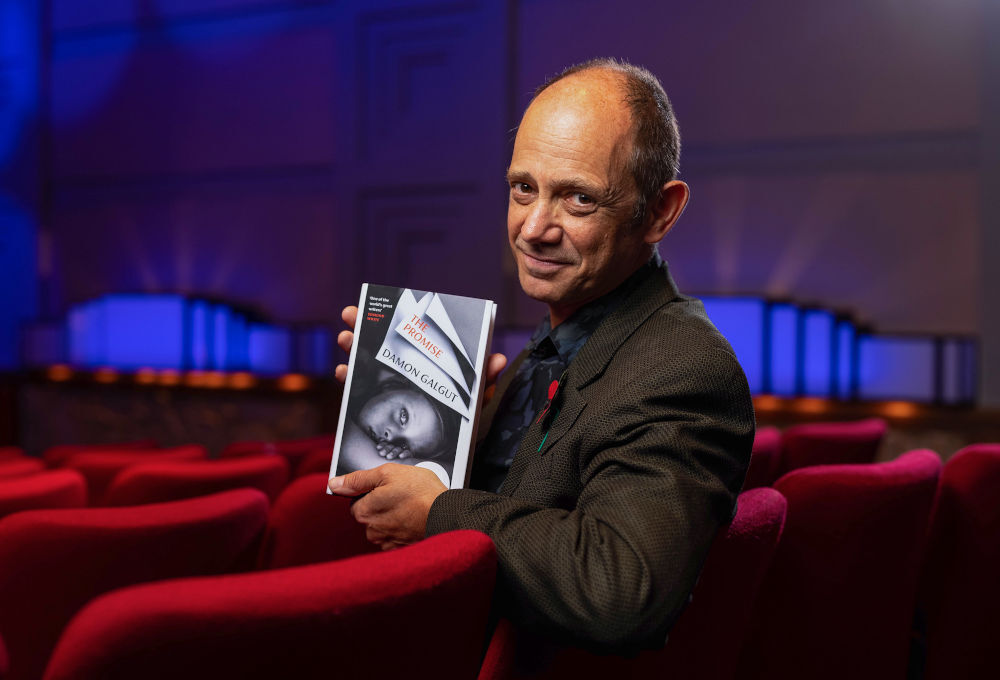 Cape Town-based writer Damon Galgut has finally received the international acclaim many believe he has been due for some time. He was announced last night as the winner of the prestigious Booker Prize.

Galgut was awarded the Booker for his novel The Promise, which the judges called a “penetrating and incredibly well-constructed” portrait of a white family navigating post-apartheid South Africa.

The 57-year-old novelist and playwright, who had been shortlisted for the £50,000 award twice before, becomes the third South African to receive it, after Nadine Gordimer, who won in 1974 for The Conservationist, and JM Coetzee, who won twice, for The Life and Times of Michael K in 1983 and Disgrace in 1999.

Chair of judges Maya Jasanoff said The Promise “astonished” the judging panel from the outset. “As a spectacular demonstration of how the novel can make us see and think afresh, The Promise delivers,” she said. “This is a book about legacies, those we inherit and those we leave, and in awarding it this year’s Booker Prize we hope it will resonate with readers in decades to come.”

In his acceptance speech, Galgut said: “I would like to accept this on behalf of all the writers, heard and unheard, of the remarkable continent I am part of…”

Read an excerpt from Damon Galgut’s The Promise, winner of the 2021 Booker Prize.

She’s sitting in the spot she likes, between the rocks, at the bottom of the burnt tree. Where I was when the lightning struck, where I nearly died. Pow, white fire dropping out of the sky. As if God pointed at you, Pa says, but how would he know, he wasn’t here when it happened. The wrath of the Lord is like an avenging flame. But I didn’t burn, not like the tree. Except for my feet.

What’s happening now is that somebody else is climbing the hill from the other side. A human figure approaching, filling itself in slowly, putting on age and sex and race, like items of clothing, till she’s looking at a black boy, also thirteen years old, wearing ragged shorts and T-shirt, broken takkies on his feet.

Sweat sticks cloth on skin. Pull it loose with your fingers.

First it is necessary to beat the earth with a stick. Then he settles himself on a rock. Easy to speak to each other. Not the first time they’ve met up here. Children still, on the verge of not being children any more.

I’m sorry about your mommy, he says.

She nearly cries again, but doesn’t. It’s all right when he says it, because Lukas’s father died too, on a goldmine near Johannesburg, when he was only little. Something joins them together. What she just remembered spills over, she wants to tell him about it.

It’s yours now, the house, she says.

He looks at her, not understanding.

My mother told my father to give it to your mother. A Christian never goes back on his word.

He looks down the hill to the other side, where he lives, in the crooked little house. The Lombard Place. That’s what everyone calls it, even though old Mrs Lombard died years ago, before Amor’s grandfather bought it to stop that Indian family moving in and let Salome live there instead. Some names stick, some don’t.

It’ll be yours now.

He blinks, still confused. It’s always been his house. He was born there, he sleeps there, what is the white girl talking about? Growing bored, he spits and stands up. She notices how long and strong his legs have become, the wiry hairs growing on his thighs. She can smell him too, the stink of sweat. All this is new, or maybe the noticing is new, and she’s embarrassed already, even before she’s aware he’s looking at her.

What? she says, huddling over, arms on her knees.

He jumps over to her rock, crouches down next to her. His bare leg is close to hers, she can feel the warmth and prickle, she jerks her knee away.

Urgh, she says. You need to wash.

He gets up quickly and leaps back to the other rock. Now she feels sorry for chasing him away, but doesn’t know what to say. He picks up his stick and hits with it again.

He walks back down the hill the same way he came up, slashing with the stick at the white tops of the grass, pushing it into termite hills. Letting the world know he’s there.

She watches him till he disappears, feeling lighter now because the big black car has gone and a big blackness that was sitting on her has gone too. Then she wanders down the other side of the koppie, pausing here and there to look at a rock or a leaf, to her own house, or the house she thinks of as her own. By the time she comes in through the back door, a hundred and thirty three minutes and twenty two seconds have passed since she ran away. Four cars, including the long dark one, have departed, a single new one has arrived. The telephone has rung eighteen times, the doorbell twice, on one occasion because somebody has sent flowers that improbably turn up all the way out here. Twenty two cups of tea, six mugs of coffee, three glasses of cool drink and six brandy-and-cokes have been consumed. The three toilets downstairs, unused to such traffic, have between them flushed twenty seven times, carrying away nine point eight litres of urine, five point two litres of shit, one stomachful of regurgitated food and five millilitres of sperm. Numbers go on and on, but what do mathematics help? In any human life there is really only one of everything. DM/ ML

The Promise by Damon Galgut is published by Penguin Random House (R290).Visit The Reading List for South African book news – including excerpts! – daily.