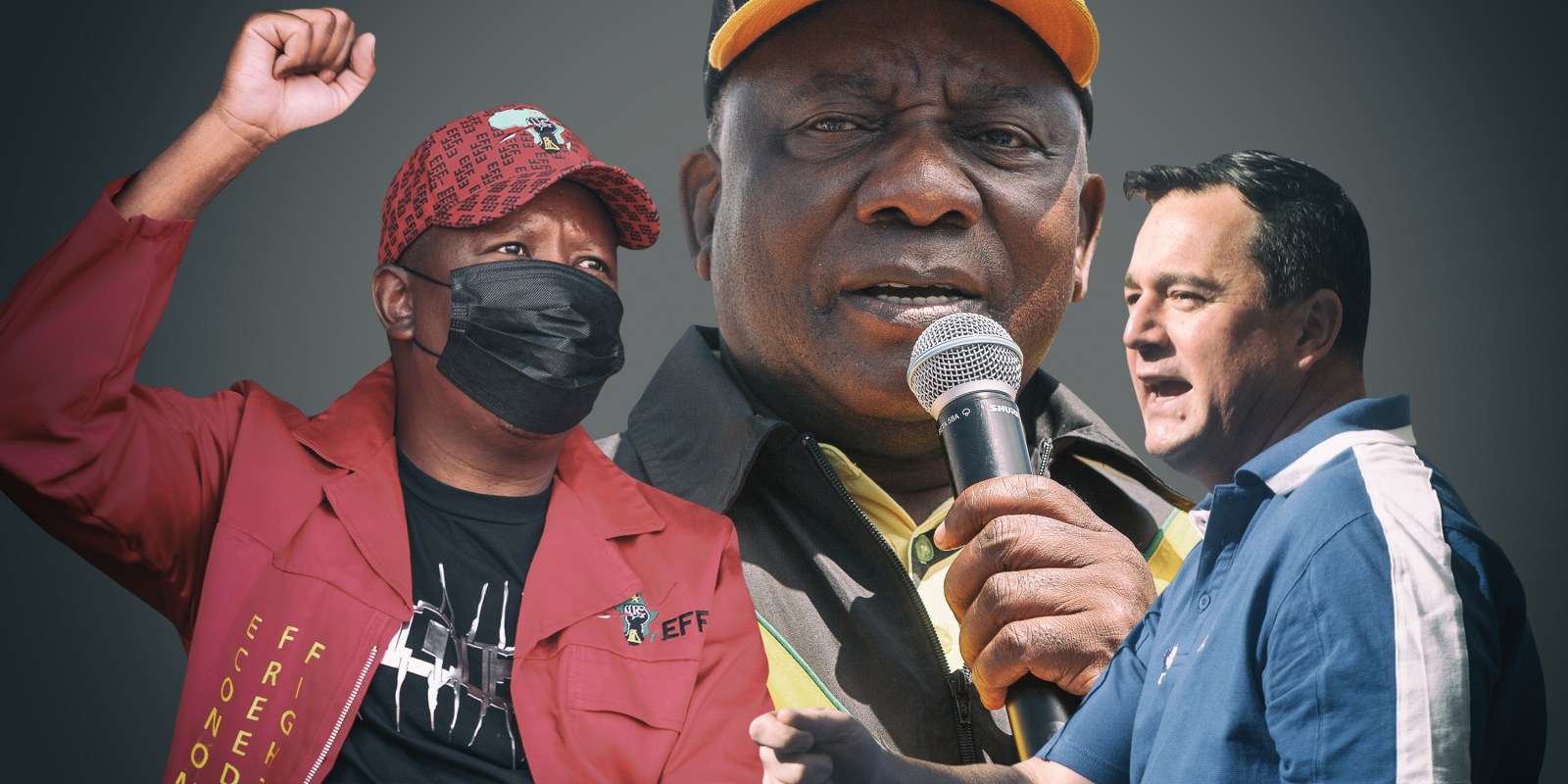 It may be that the ANC loses power in the same way one eats the proverbial elephant — slowly, and one piece at a time. The loss of power through a thousand cuts, perhaps. But that is only the beginning of what these strange municipal elections of 2021 may portend.

While the final results of the 2021 local elections are still to be officially announced by the Electoral Commission (IEC), evidence of the future trends of our politics is already emerging. While it is obvious that the most significant question between now and the 2024 elections is whether the ANC will resist falling below 50%, there are many other trends that warrant serious consideration.

These trends include the concept that the ANC may lose power gradually, through coalitions, before losing power altogether; that smaller parties may be becoming increasingly important (including those that engage only on a transactional basis); a possible start to a process of deracialisation of our politics; and, perhaps, the realisation that there is a ceiling of less than 15% that caps the EFF’s support nationwide.

Over the past 20 years, many a commentator has wondered aloud: would the ANC give up power if it ever lost an election? Those who posed the question may have presumed the ANC would be united and strong, when in fact the opposite is the case. The ANC of today is a patchwork of warring factions rather than the united ANC that won the 2014 elections so convincingly.

These 2021 elections may signal the start of the real process of the ANC losing power.

It is now in a position where it will have to govern in coalitions, as there has been no reversal of the process which first had its spark in 2016.

Each time it forms a coalition it will have to do a deal with another party, and each time its power will ebb slightly.

Since its loss of Cape Town in 2006 the ANC has never been able to recover lost ground and hold on to it in a sustainable way. There is no reason now to think that this will change.

Instead, each coalition agreement may lead to further dissent within the party, as members and leaders disagree over the decisions that are made and resent the loss of power and positions given to coalition partners.

It may be that the ANC loses power in the same way one eats the proverbial elephant, slowly, and one piece at a time. The loss of power through a thousand cuts, perhaps.

But that is only the beginning of what this strange election may signal.

While the DA has gained a council in KZN and has appeared to do well in many parts of the Western Cape and particularly Cape Town, it has lost significant ground in Gauteng. Over the longer term, this may be the most important dynamic facing the party that came out of this election.

With the introduction of ActionSA, and in particular Herman Mashaba’s success in Joburg, (he appears on track to win 13-14% in that city), the DA now faces opponents on many fronts.

It has the ANC to the left, the Freedom Front Plus to the right and ActionSA somewhere in the populist middle.

Just as the ANC found it harder after 2014 with the EFF on the left and the DA on the right, so the DA may well find it harder to compete from now on. It may have to do more work to define itself, which could prove difficult in the face of Mashaba.

Of course, Mashaba himself may make mistakes. He has to make difficult decisions about who he will enter into coalitions with. It also appears likely that Mashaba will join those who campaign to be mayor, and when they lose, refuse to stay in the council they were voted into. (The ANC’s Parks Tau left Joburg after losing in 2016, the DA’s Ghaleb Cachalia promised during the 2016 election to stay in the council, but when he was not elected mayor went to Parliament instead, and there are undoubtedly others.)

In an interview on Newzroom Afrika on Tuesday night, Mashaba conceded that if he is not the mayor of Joburg (and it appears unlikely he will be) he will not remain in the council. It appears he too would go to Parliament, should he win enough votes in 2024.

Some voters may feel that this does not mean he can be trusted.

At the IEC’s Results Operations Centre one party was hardly noticed, as it has a bigger history than its present.

Cope won more than a million votes in 2009; it has now been reduced in these elections to hardly anything.

Its leader, Mosiuoa Lekota, has suggested that for him one of the important signals of this election is that the process of the deracialisation of our politics may now be starting.

He says, “South Africans are emerging out of the cocoons of the old apartheid order, and I think that’s very good for our country.”

There is some evidence to bolster his claim.

It appears that ActionSA has taken votes from both the ANC and the DA. It has a deliberately multiracial image. It also has no links to the ANC or the Cope tradition — and the widespread anger with the ANC is clear, which means people are looking for alternatives.

There is another important signal from these elections.

Going into this poll, several commentators (including this writer) suggested that the conditions on the ground suited the EFF. People were poorer than before the pandemic, angrier and more worried about their futures. Inequality has grown since 2019.

Also, the EFF has been around the country, holding rallies and had many billboards, posters and YouTube adverts. Money was clearly being spent on its campaign.

And yet, while the EFF has grown, it appears likely to get only around 12% of the national vote, hardly an improvement on its 2019 figure.

Speaking on SAfm this week, Professor William Gumede suggested that South Africa may be too diverse a country for any populist party to win more than 15%.

It’s a fascinating insight, which suggests that the EFF has a long-term ceiling.

This may also put pressure on the party’s leaders as they consider their options during the coalition talks to come.

Before the election there was much talk about the Patriotic Alliance (PA), a party its leader Gayton McKenzie says “is for coloured people”.

While the party did win two wards during by-elections, it appears there are strict limits to its growth

While McKenzie claims to “speak for coloured people” there is little evidence that this is true. There are more coloured people than white people in South Africa, and were his claim true, it would seem likely he would win more votes than the DA.

But his party may be important for its blatant transactional approach to politics.

When asked about how his councillor Marlon Daniels kept switching sides in Nelson Mandela Bay (the PA held one seat in a hung council), McKenzie said Daniels had done the right thing, and that his party would simply support those who gave them something.

This transactional approach may have interesting roots.

In 2017, the Sunday Times reported that McKenzie and the party’s other leader, Kenny Kunene, had flown with the then energy minister David Mahlobo to Russia, where they were presented as BEE partners in an oil deal worth R5-billion.

McKenzie claims the Sunday Times lied, but has confirmed he did not lodge a complaint against the story.

And a former PA councillor, Leanne Williams, has confirmed that former president Jacob Zuma wanted to appoint her as national police commissioner in 2017, despite her complete lack of experience.

This may suggest that the PA has more of an interest in business, or money, than in actual governance.

While its growth was limited in this election, it is entirely possible that other parties like the PA come into being from time to time, attracted by the power that having a small, but decisive share of the vote can give you in a hung council.

Of course, one local election does not necessarily predict the future. But certain trends are becoming clear. And it is likely that the 2024 elections are going to be far more important and more difficult than they had appeared before the municipal polls of 2021. DM