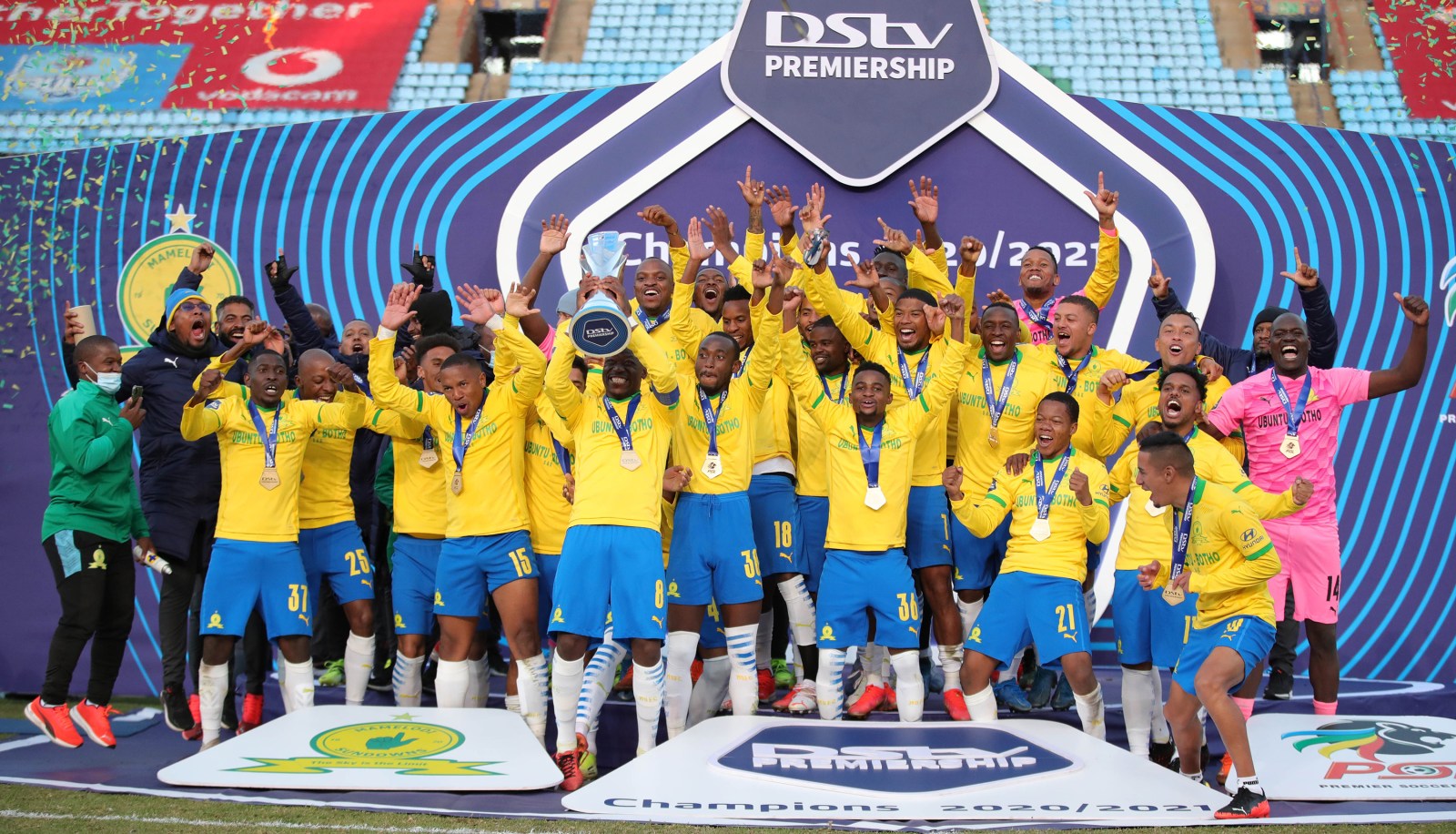 Four SA sides are into the knockout stages of CAF competitions. And this is good news for football.

Mamelodi Sundowns’ continued excellence in the Confederation of African Football (CAF) Champions League may give the impression that South African teams have excelled on the continent over the past few decades, but the Brazilians have largely cut a lone path up to now.

It is only really in the past 12 months that more DStv Premiership clubs have begun to flex their muscles in continental football, a sign that the domestic Premier Soccer League (PSL) is finally starting to live up to its own billing as one of the leading competitions in Africa.

That the PSL is the most organised league on the continent is without question. Clubs generally also have the best facilities and the most lucrative television broadcast deals.

But this has not previously translated into sustained success on the pitch in CAF competitions. And so, in the one area where PSL clubs can truly be tested against their peers on the continent, they have mostly fallen short.

There are signs, though, that suggest a change – not least in this year’s Champions League and CAF Confederation Cup competitions, where South Africa’s four representatives have shone against the odds and shown a new-found resilience that is both welcome and needed.

As recently as 2014, South Africa only had one entrant in each of the African club competitions because the performance of the teams did not merit more.

According to CAF’s ranking system, in which the top 12 leagues on the continent can have two clubs take part in each competition, South Africa were outside the leading dozen.

But such has been the consistency of Sundowns in the Champions League of late, which includes their win in 2016, that South Africa is now up to number five on that CAF list, behind only the powerful north Africans Morocco, Egypt, Tunisia and Algeria.

Sundowns’ success is expected with their seemingly limitless financial muscle and squad depth that has allowed them to easily switch between domestic and continental competition.

But what was much, much more of a surprise was Kaizer Chiefs’ run to the final of the Champions League last season. Finally, another PSL team had broken out of Sundowns’ shadow and was flying the flag, even garnering support from some Orlando Pirates fans, who understood the prestige another gold star would bring to the local game.

Chiefs would ultimately be outclassed in the decider by Pitso Mosimane’s Al Ahly, who were too talented and too wily. But their success of getting to the decider seems to have spurred others on.

“We want to be contenders in the CAF Champions League, and I think we have a hell of a shot of winning the competition,” AmaZulu coach Benni McCarthy said a few months ago.

“If Chiefs can reach the final, then can we go one better and win it? I don’t mean to disrespect anybody, but we have to push ourselves to think bigger every day.”

There were a few smirks when he made those comments, and a few more when Usuthu drew five-time Champions League winners TP Mazembe in the second round of the competition. It was a tie that would expose McCarthy and his players to the worst elements of competing on the continent, and just about as difficult a tie as they could have expected.

Against Mazembe, you must do your business at home, because trying to get a positive result in Lubumbashi has proven beyond most before. Going into the tie, Mazembe had lost just once at home in the Champions League since 2009, a run of 54 games – and that was to Sundowns in March.

It is not so much the skill of the home side, but rather the shrewd tricks they displayed in the build-up and during games.

The target is usually a key player for the visitors. In the case of Orlando Pirates in 2013, it was captain and central defender Lucky Lekgwathi as he received a highly dubious red card in the first half from Seychelles referee Bernard Camille, who also awarded two penalties to the hosts, both of which were saved by the late Senzo Meyiwa.

In the case of AmaZulu this past weekend, it was captain and central defender Thapelo Xoki (can you see the pattern?), who Mazembe claimed had tested positive for Covid-19 the day before the game.

“On the eve of the match, they targeted one of the most important defenders, Xoki,” an irate McCarthy revealed. “We took him to the same lab and the test came back negative twice. But on their side, it says it was positive. We launched a complaint, then they came 10 minutes before kickoff to say he can play. But they [the AmaZulu players] showed character. I saw arrogance and I saw a football team, a group of players that are not afraid of anything.”

And therein lies the point. South African teams, with a few exceptions, had for too long been soft touches on the continent, without the strength of character to ride out the dishonesty they encountered in African football. More and more teams are bucking that trend.

AmaZulu were within seconds of a famous win when Mazembe got an injury-time equaliser, which was not enough to see them advance.

Usuthu’s 1-1 draw took them into the group stages on the away goals rule, where they will join Sundowns, who reached this stage of the competition for the seventh time in a row, an unprecedented feat for a South African club.

As expected, Orlando Pirates also reached the play-off rounds of the CAF Confederation Cup, the secondary competition on the continent, and have been joined by PSL stragglers Marumo Gallants, who performed more heroics in the Democratic Republic of Congo.

They took on former continental champions AS Vita Club and picked up a surprise 2-1 home win in the first leg, but were expected to fold in the return, as so many PSL sides have in the past in similar circumstances.

They were 1-0 down in the 93rd minute and heading out on the away goals rule when  Sibusiso Nkosi scored a dramatic equaliser that turned the tie in their favour.

It is easy to brush off the gutsy result and its significance, but the difficulty and mental resilience in the two results away from home for AmaZulu and Gallants should not be underestimated. And it is something that should be exciting for all South African football fans.

Eric Tinkler was an assistant coach when Orlando Pirates reached the 2013 Champions League final, and then in full charge as they made the Confederation Cup decider two years later. He also led SuperSport United to the final of the latter competition in 2017.

All of those ties were lost, but Tinkler says the value of South African teams competing deep into continental competitions is invaluable and has a ripple effect.

He says the recent success of AmaZulu and Gallants in particular should herald a change in focus from local clubs.

“I hope this marks a change,” Tinkler said. “It is important that people take the Champions League and Confederation Cup seriously. South African football needs to do that because, ultimately, the league gains from it.

“The quality of our players gets better. The national team obviously benefits from it.

“I have always been one that is in favour of playing in Africa and I am very happy to see these teams going through and doing as well as they’re doing,” Tinkler said.

Sundowns and AmaZulu must wait until December for the group-stage draw in the Champions League, which will resume in February next year after the Africa Cup of Nations finals in Cameroon.

Gallants now face a tie against the self-same TP Mazembe in the play-off round of the Confederation Cup, which will be another huge test of their mental resolve.

But if last weekend taught them anything, it is that they can rise above the odds if the passion and the desire to do so is there. Without the latter, they have no hope.

Pirates have a much easier tie against Liberian champions LPRC Oilers and will be expected to progress to the group stage of the competition for the second year in a row. DM168