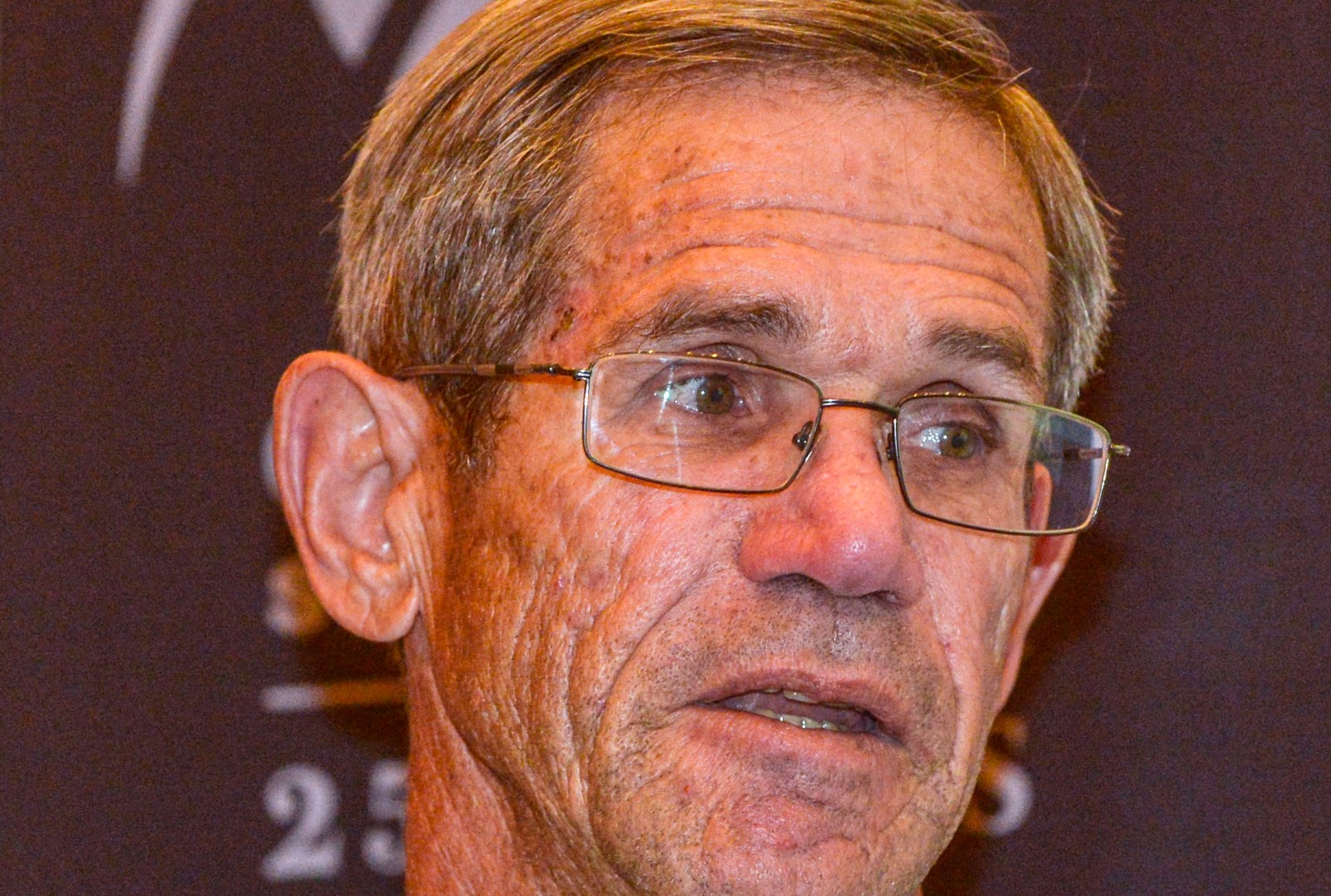 Louis Cole speaks to the coaches during the CSA Senior Coaches conference at Fairway Hotel and Spa Resort on August 25, 2016 in Johannesburg, South Africa. (Photo by Sydney Seshibedi/Gallo Images)

A can of worms was opened at Cricket South Africa’s hearings into racial discrimination in the sport when four banned players repeated assertions that they had been unfairly targeted because they were black.

In painstaking detail about the forensic investigative work he did to uncover match-fixing in South African cricket in 2015 and 2016, Cole destroyed the “racist” narrative that the perpetrators attempted  – and were permitted – to introduce at the SJN. He was followed by David Becker, the International Cricket Council’s (ICC’s) former head of legal, doing the same.

The two lead investigators of a match-fixing scandal in the domestic RamSlam competition five years ago should not have needed to go down that road at a forum established to delve into racial discrimination in the sport.

But they had no choice after several former cricketers were given the latitude to move the SJN from its original terms of reference into an area that was, at best, loosely connected to the SJN.

SJN ombud Dumisa Ntsebeza opened a can of worms when he allowed Thami Tsolekile, Lonwabo Tsotsobe, Ethy Mbhalati and Alviro Petersen to introduce the match-fixing scandal into their SJN statements.

After being investigated, the quartet were all banned from cricket for between 10 and 12 years.

At the SJN, they claimed the investigation, led by Cole, was racist. They claimed they were “coerced” and “threatened” by Cole and Becker.

It’s a claim Tsolekile and Petersen also repeated in some media outlets in the months leading up to the SJN. Tsotsobe and Mbhalati even asked the ombud to reopen the match-fixing investigation, which was out of the SJN’s ambit.

It left Ntsebeza no choice but to allow Becker and Cole, as well as the South African Cricketers’ Association (Saca), to respond to specific comments related to match-fixing from the disgraced players.

The ombud was unhappy about it, but he had created a rod for his own back, which he admitted this week.

“Even with the players, I sought to communicate that there was a time and a place and, as per my mandate, this wasn’t the place for them to talk about match-fixing,” Ntsebeza said. “I was alarmed [by] half of the presentations made before us and I asked myself where was this going.

“I’m not going to spend a lot of time on it as my gut feeling is that I allowed a runaway horse to get out of the stable. It’s like it’s a red herring. It has taken my concentration off what should be my mandate.”

Cole and Becker, in particular, had their reputations sullied by the players’ statements and outbursts in various media, and had every right to respond. They were allowed that latitude, although it was well outside the SJN’s terms.

Cole showed that match-fixing lynchpin Gulam Bodi, who was sentenced to five years’ imprisonment for his dealings, had targeted those players.

Petersen initially came to Cole as a “whistle-blower” in the match-fixing drama. But as Cole’s detailed investigation progressed, he uncovered that Peterson was unreliable and only parted with select information to protect himself.

Cole opened his testimony with a 30-minute video, which showed him and Becker interacting with the players under investigation. There was no evidence of coercion or threats in that clip.

“I feel it’s very unfortunate that they would have used this platform of the SJN – which I feel is very important for cricket in SA and for players,” Cole said.

“As the ombud has alluded to, the terms of reference [were] to investigate discrimination against players, systemic maybe within the game – for these players to use this platform, which could have been used to investigate and deal with players who have genuinely been discriminated against, I think is very unfortunate.

“I really feel that the allegations made before the SJN, based on the evidence that we uncovered that I presented today, in my opinion is a misrepresentation of the facts. For us, who investigated this – it had been over a period of 20 months – it really took its toll. I think it’s very unfair.

“There’s been a perception that has been created by the complainants at the SJN that we basically conducted a rogue and a racist investigation. Whilst it is hurtful, I have to account because they have their own reasons why they would allege that.

“In an anti-corruption environment, integrity is a prerequisite to function in that,” Cole said. “I have to give anti-corruption education to the players, which I’ve done in the [T20 Knock Out competition] that ended recently. I have to tell them that ‘The provisions in the code require you to do x,y and z’.

“I must say that my discomfort during the around 25 sessions that I conducted now was the elephant in the room, which was me, who is being accused of violating the provisions of that code. It was very uncomfortable for me, because a lot of players actually questioned me, with good intentions to say, ‘What are these stories that are being bandied around about the process that we’ve followed that seems to be so corrupt’.

“I am sincerely sorry that Mr Tsotsobe and his colleagues have had to endure the hardships of these bans. This would not have been easy, I can accept that,” Becker said during his testimony.

“It was reputational damage that Mr Tsotsobe did to himself, it wasn’t Cricket SA that did that reputational damage to him. He seems to blame everybody else but himself unfortunately, even making insinuations against his own lawyers, suggesting indirectly that they didn’t do a proper job.”

Saca chief executive Andrew Breetzke expressed frustration that players used the SJN and sections of the media to paint a selective narrative without any interrogation and in spite of the fact that a thorough investigation had been done.

“I have never wanted to speak on the corruption investigation because it was an immense amount of work and it was a difficult time for cricket in South Africa,” Breetzke said in his testimony.

“The statements made by the players on Robert Marawa’s radio show and at the SJN have been personally difficult for me. I don’t think anything can be gained from the players engaging in these narratives because they are still at risk of criminal prosecution.

“I hoped that time would obliterate the afflictions of opinions, but that hasn’t happened and I only heard the merits of the cases for the first time in these hearings.

“Even the video that Cole played, it was the first time I watched it and it was difficult for me from a wellbeing perspective of the players.” DM168