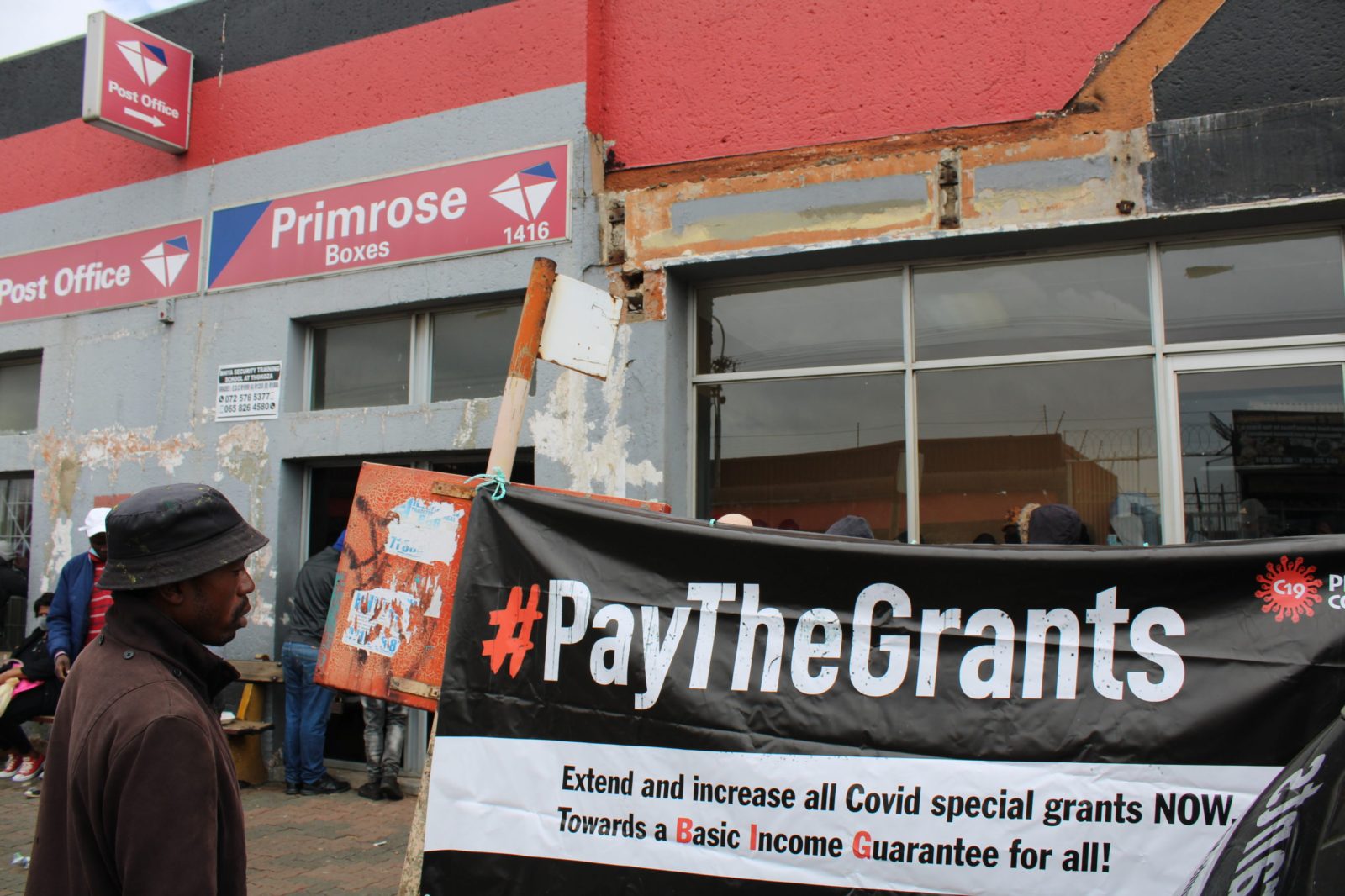 Tardy and inconsistent Sassa responses deny many candidates the option to even appeal rejected applications.

Many mothers and caregivers were hopeful when the Covid-19 Social Relief of Distress (SRD) grant was reinstated in July this year, because the eligibility criteria was expanded to include people even if they are receiving a Child Support Grant (CSG) on behalf of their children. Previously, anyone receiving a child grant or any kind of social grant was automatically ineligible for the SRD grant.

Yet, some unemployed caregivers say their applications for the SRD grant have been declined and they don’t understand why.

“I applied in July, and for the whole of August the status of my application was pending. When I checked my status on the website in September, my application was declined,” says Nonhlanhla Nhlapho from Palm Ridge, southeast of Johannesburg.

She receives the Child Support Grant (R460) for her four children, aged 13, 11, nine and six, an amount that is below the monthly food poverty line of R624 per person per month according to Statistics South Africa.

The reason given for declining her application for the R350 SRD grant was that she had an alternative source of income.

Nhlapho has been unemployed since 2018. She says other than the child grants she has no other income. “I can’t cover all my expenses. Even though the R350 is not a lot, it would make a difference because I would have some money for household items as well as my personal expenses,” she said.

Dianne Dunkerley, executive manager for grants administration at Sassa, said applications are validated against databases, including the South African Revenue Service, Unemployment Insurance Fund and the Personal and Salary System (Persal). When an application is declined, it means the applicant’s ID number has been found on one of the databases “which indicates that they were employed and receiving other income,” she said.

Nhlapho appealed. “I submitted an appeal on the Sassa website in September, but again my application was declined,” she said.

Sassa has been criticised by activist groups for using outdated data to verify the income of applicants’ and also for having an entirely digital appeals process. All applications and appeals for the R350 grant are completed online or through WhatsApp.

Isreal Nkuna, an activist with the #PayTheGrants campaign in Limpopo, said the digital format of the application and appeals process makes it difficult for many people to complete the processes without assistance.

“The application and appeals process is designed badly and the authentication process is flawed because outdated data and inaccurate information are used to deny people their paltry R350 [grants],” he said.

According to Sassa, when an application is declined because an alternative source of income is identified, it means the applicant has an income that is greater than R595 per month, excluding any Child Support Grant.

Dunkerley said Sassa checks with all banks to ensure that the applicant does not have any active account receiving income.

“The banks cannot inform Sassa where the funds come from as this would be a violation of the client-bank relationship. The banks merely indicate that there is an inflow of more or less than the R595 threshold set,” she said.

But Nhlapho says this cannot explain why her application was declined. “I only have one bank account and the money that goes into that account is the Child Support Grant, nothing else, so I don’t know where they (Sassa) are seeing an alternative income source,” she said.

Nhlapho says she is mobilising other people in the same situation as her “because we need answers”.

“They need to explain why this is happening and why it has happened to so many of us,” she said.

Nthabiseng Palime, from Primrose, east of Johannesburg, applied for the SRD grant in August. Her application was declined in September because she was said to have an alternative source of income. Her appeal was also declined.

Palime worked as a hairdresser until last year when she had a child. “I haven’t been working for almost a year now and things have been difficult. At times, I have had to borrow money from loan sharks just so I can buy nappies and milk for my child,” she said.

Palime said she can’t go back to hairdressing as there is no one to look after her child and she cannot afford to pay for crèche.

Simphiwe Zwane, from Thembelihle informal settlement in Johannesburg, also applied in August and was initially approved. But then in late September she found her status had changed to declined.

Zwane, a mother of two, has been unemployed since 2016. She is a community activist and receives donations to buy toiletries for people in her community.

“I have proof that I don’t use this money for personal expenses and I was ready to complete an affidavit to accompany my appeal, but by 25 September, I could no longer appeal because the time had supposedly lapsed,” she said.

According to Sassa applicants have 30 days to appeal. But people might only find out days before this period expires that their status has changed.

She called the Sassa call centre but had no luck, she said. “They told me that I could no longer submit an appeal because I missed the deadline,” she said.

Meanwhile, approved applicants of the R350 grant who have not claimed their grant money have only until 30 November 2021 to collect the funds at post offices. DM