Political parties in Tshwane commit to helping the homeless 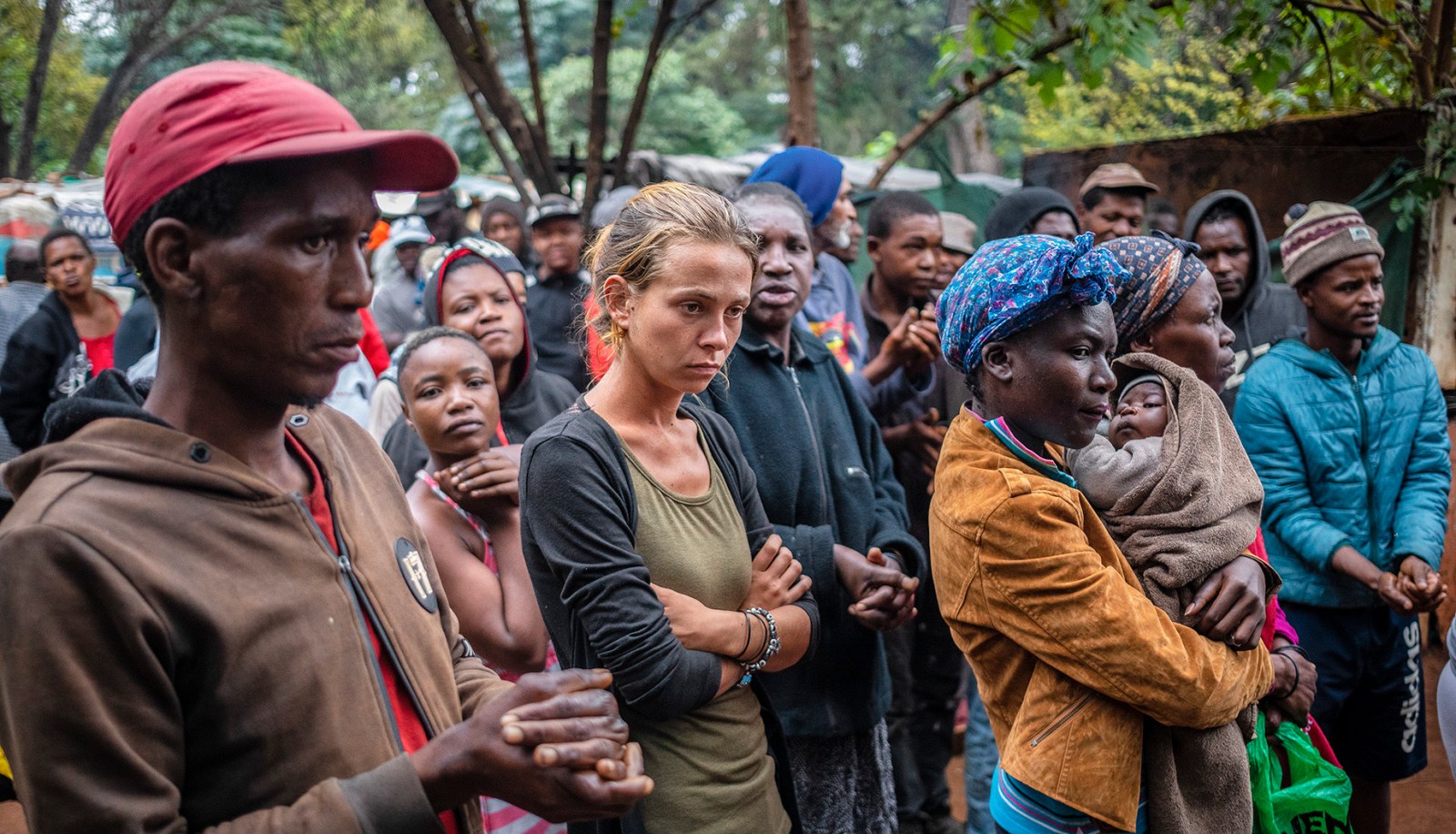 Homeless people wait for food to arrive in part of an outreach with an NGO in the City of Tshwane, Gauteng, at an informal settlement called Marikana. (Photo: EPA-EFE / Kim Ludbrook)

‘This manifesto is a public declaration. We have long enough witnessed an injustice that has been perpetuated in South African cities and the world at large. We are here to reinforce our combined commitment to cities that are just, liveable and sustainable for all, including the homeless,” said Dr Genevieve James at the Tshwane Homeless Manifesto launch on Monday. James is the community engagement and outreach deputy director at the University of South Africa (Unisa).

The event follows the social contract signed in April 2021 by Tshwane stakeholders that include Professor Jerry Pillay, Dean of the Faculty of Theology and Religion at the University of Pretoria, and Thabisile Vilakazi, the city’s MMC for community and social development.

The social contract commits the stakeholders to raise awareness on homelessness and address the challenges of homelessness by supporting registered organisations and appropriate interventions to ensure the provision of resources and shelters.

At the launch, Alderman Sakkie du Plooy of the FF+ said not much had been done to alleviate homelessness in the City of Tshwane.

“Five years ago I was in the same meeting. On behalf of the City of Tshwane, we apologise for everything that was promised and not done. Not much has changed with the homeless in the city,” he said.

The abject reality of homelessness has been highlighted by the Covid-19 pandemic, and World Homeless Day on 10 October.

Seven political party representatives or mayoral candidates were invited to the Tshwane Homeless Manifesto launch to commit themselves to an action plan to resolve the issue of homelessness.

The invited parties included the ANC, ActionSA, DA, EFF, FF+, Good and Cope. Almost all the political representatives at the launch committed to meeting the demands of the National Homeless Manifesto to ensure service delivery.

Dr Murunwa Makwarela of Cope said: “We have signed the manifesto in affirmation to say that we want to implement it and ensure that homelessness is a thing of the past. The unemployment in the country is affecting Tshwane more than any other city. As Cope we are saying, let’s create an atmosphere that can eliminate homelessness by providing employment opportunities.”

DA councillor Cindy Billson called for the collaboration of different players in society to resolve homelessness, saying: “The DA will honour the contract; however, this will be done in conjunction with civil society organisations [and] including the Department of Social Development.”

The EFF’s Odwa Notununu said, “It doesn’t matter which party runs the city, we all should be invested in taking care of our people and the city.”

Although an invitation was extended, the ANC was a no-show.

“The city of Tshwane… needs to put the homeless at the heart of the upcoming local elections to secure post-election implementation of the demands of the homeless and all citizens affected by homelessness,” said Unisa’s James. DM