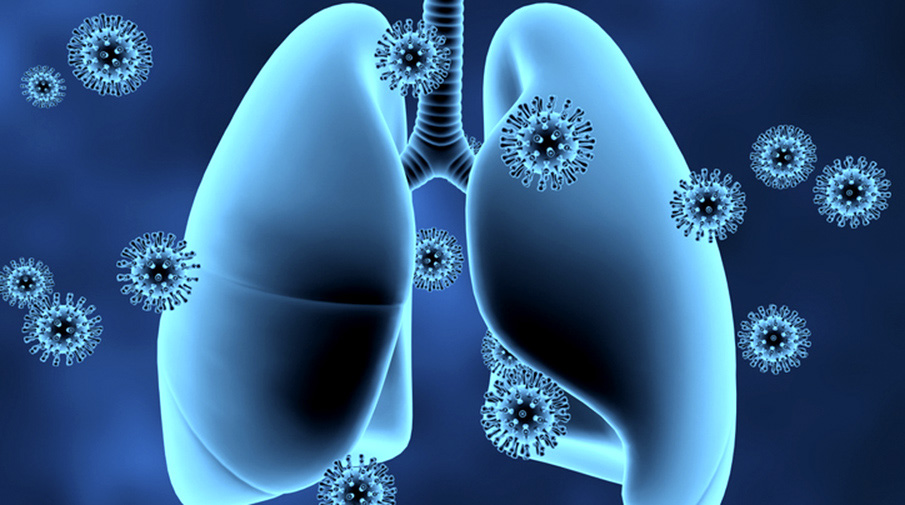 In place of progress there was an 18% reduction in diagnosis of TB in 2020. (Photo: cedars-sinai.org/Wikipedia)

During the 52nd Union World Conference on Lung Health this week, Doctors Without Borders announced the results of TB-PRACTECAL. A total of 89% of patients on the new regimen (which is shorter and less toxic) were cured, compared with 52% in the standard of care group.

TB-PRACTECAL is the first multicountry, randomised and controlled clinical trial to report on the effectiveness and safety of a six-month treatment regimen for multidrug-resistant TB (DR-TB). Historically this is a form of TB that is very difficult to treat, requiring multidrug regimens that have to be given over nine to 24 months.

MSF and partners tested a regimen of four medications (known as “BPaLM”) containing two of three new medicines that have been developed in recent years. The study compared the results of this four-drug, six-month regimen with those obtained from a group that received the locally accepted standard of DR-TB care offered in the public healthcare system.

Overwhelmingly, 89% of patients on the new regimen (which is shorter and less toxic) were cured, compared with 52% in the standard of care group.

This is excellent news, and we hope that the results of this trial will add to growing evidence from other sources and lead to global treatment recommendations being updated. In many countries around the world, people with DR-TB still face lengthy and toxic treatment regimens of up to 20 months that can include painful injections and up to 20 pills a day.

The fact is, though, that even with shorter, effective treatment the number of pills that need to be taken remains high, the side-effects remain numerous and the period of treatment remains onerous.

It is imperative that in addition to these advances in treatment we invest in finding people with TB disease early, and in preventing TB disease where we can. Collectively, we are miserably failing people in these areas, and Covid-19 has worsened the situation.

This was shockingly underscored last week when the World Health Organization (WHO) released the 2021 Global TB Report, showing that TB-related mortality has risen for the first time since 2012, with 1.5 million individuals dying from TB in 2020.

Even before Covid-19, the global TB community had fallen woefully short of the goal to eliminate the catastrophic costs faced by people with TB by 2020, with an estimated 50% of people with TB who face this terrible reality of life and wellbeing becoming impoverished and circumscribed by TB illness.

It is a lived reality that brings this catastrophe home.

In Khayelitsha near Cape Town, the Kuyasa* family lives in a 30m2 home (smaller than a garage) off a busy street. In 2019, a member of this family sickened in the Eastern Cape and was diagnosed with drug-sensitive TB and initiated on treatment. This young adult stayed far from a water source and being ill, decided in 2020 it would be better to join the family household in Khayelitsha, a township with a population of half a million.

This was the period when people were confined to their homes in line with Covid-19 lockdown regulations, and when the young man fell sick again the other adults in the house grew concerned, about his wellbeing, their own health and the health of their children.

Imagine the situation at this point – five people infected with the disease in a heartbroken household lacking any breadwinners, and everyone under one roof all day long, including the four people who were not yet showing signs of having TB.

A devastating picture, and yet this is a story that inspires some hope.

When Sindiswa visited her nearest clinic and was diagnosed with DR-TB, she took the brave decision (brave because TB remains highly stigmatised in the community) to let her doctor, nurses and the counsellors caring for her know about the situation at home – her brother sick, many family members under one roof including several children. Part of her medical team works for Doctors Without Borders (MSF), an organisation with a long history of collaboration with Khayelitsha’s communities and the Department of Health to address DR-TB.

At the time Sindiswa was diagnosed one of the organisation’s key focus areas was the identification and screening of all household contacts of DR-TB patients, especially children. An important aspect of this work was the delivery of preventive therapy for those who were exposed to DR-TB, to stop them from developing the disease.

Thanks to this programme and the Kuyasa family’s willingness to participate, four children were diagnosed who would otherwise not have been for some time and their TB disease was identified early, while still mild. They were initiated on treatment and are able to return to school. The three family members who were not diagnosed with DR-TB disease were initiated on TB preventive therapy to stop them from developing the disease.

The results and experience of this programme also featured at this year’s Union World Conference on Lung Health, during a multidisciplinary session chaired by Dr Norbert Ndjeka, DR-TB focal point for the government of South Africa.

The MSF team shared how they initially began providing services in the homes of patients as a response to Covid-19, and in the process realised that this approach vastly improved the delivery of services. These services included compassionate counselling aimed at the entire family unit; identification of people sick with DR-TB – especially children – early in the course of their illness; and the offer of TB preventive therapy to family members who shared the same air.

Thanks to this work, diagnosis and treatment of paediatric DR-TB increased sixfold, 150 child and adolescent contacts were identified, and 119 were initiated on TB preventive therapy.

The UN High Level Meeting targets for treatment initiation and TB prevention were not just paper tigers put in place only to be promptly ignored. They represent the work that must be done if we are serious about ending TB. The fact that we will fall so short of achieving them demonstrates that we are failing on a fundamental level, and we have a duty to sound the alarm but also show the way forward.

The Khayelitsha model developed during Covid-19, from which the Kuyasas benefited, shows exactly how this should be done. DM/MC

*Names have been changed to protect the family from community stigmatisation.

Watch this short video by MSF about protecting children from TB in Khayelitsha.