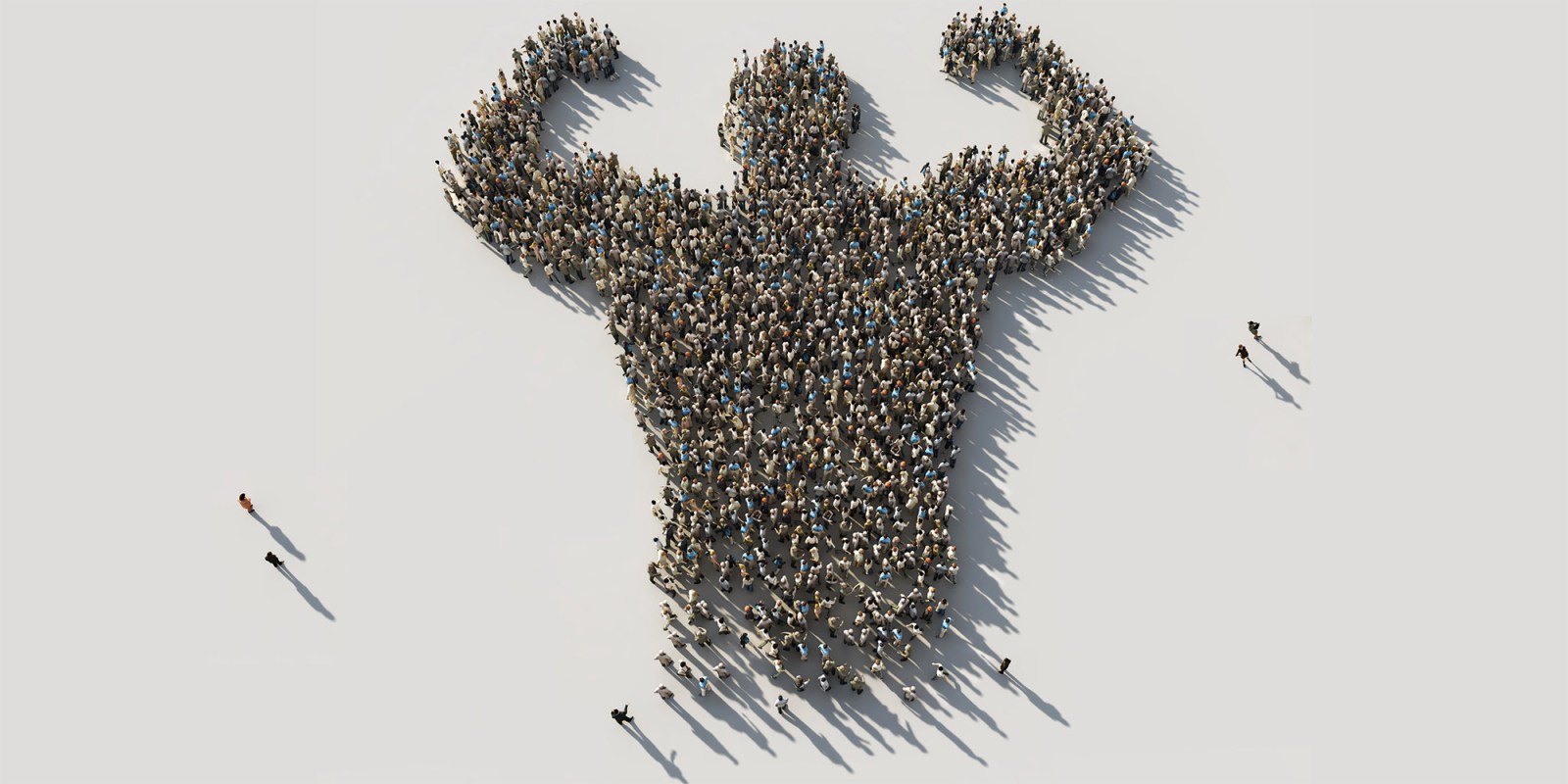 Imagine a world where former gangsters and informal workers become social leaders and women living with HIV are pioneering healthcare workers. A new generation of social-change leaders is doing just this, showing us a new way to overcome systemic and structural barriers at scale.

The industry of social change is a formidable global machine. Employing about 7% of the world’s workforce, it is bigger than the finance industry, and yet – with the world’s systems in disarray – this well-intentioned behemoth is not always delivering the change we need.

If we really want to address deep-rooted issues such as inequality, it’s increasingly clear that the thinking that got us here won’t get us to where we need to be. That’s why innovative organisations working in the social change space are choosing to change the way they are changing the world.

Rather than solely focusing on promoting successful outcomes, something that traditionally gets recognised and rewarded in our society, they are focusing more on the process of change – successfully tackling big systemic issues by first solving local challenges and ensuring broader agency for people and communities.

We call this “systems work” and it is to these organisations that we can turn for new insights. What they are doing is not new but has generally been overlooked or dismissed as less important. This is a significant lost opportunity as the world looks to rebuild in the face of ongoing systemic threats like global health inequality, poverty and climate change.

If we care to notice it, these organisations are showing us a powerful set of principles and practices for how we can respond more effectively to these seemingly overwhelming challenges. Three features stand out as being at the heart of this new change process: connection (how people stay together while learning through change); context (how problem solvers adapt “solutions” to the local context); and power (who makes the decisions and sets the rules and norms by which we operate).

Philanthropy adviser Edgar Villanueva writes that “real, complex relationships are necessary not only for whatever the present entails but also to face challenges in the future. Relationships create resilience, transactions don’t.”

When organisations forge a strong collective identity among groups, they are connecting those with lived experience of an issue, who are often isolated or stigmatised and have few opportunities to set the rules by which society operates. Truly effective organisations can harness this collective identity to engage with other groups – often across diverse geographies and cultures – creating the prospect of learning across many groups, triggering wholesale change in systems.

This process requires time and trust. Identities, and the new perspectives they inspire, need places of refuge in which to germinate and grow. The most obvious kind of haven for this is a physical space.

RLabs, an initiative started in the gang-ridden communities of Cape Town that hosts technical training, entrepreneurship and innovation programmes for at-risk young people, provides just such a space where youngsters can temporarily exit their communities and come together as a group of aspirational technophiles away from contested territories. The approach has been hugely successful. Since launching in South Africa in 2008, they have trained 200,000 individuals, incubated 3,500 businesses and created 90,000 job opportunities in more than 23 countries.

Safe spaces also provide pathways for creating a new collective consciousness. For example, mothers2mothers (m2m), an NGO that operates across sub-Saharan Africa, employs mothers living with HIV as mentors to guide other women and their families on the journey to good health by sharing their stories to “unfreeze” the prevailing mental models about HIV, including the stigma and shame associated with the virus. This simple formula has ensured that since 2014, m2m has consistently surpassed the United Nations’ 5% target for reduced transmission rates in sub-Saharan Africa for enrolled participant mothers.

Equipping change makers to respond to their own context

The m2m approach exemplifies what authors Ori Brafman and Rod Beckstrom point out in their breakaway management book, The Starfish and the Spider – that the best knowledge is often at the fringes or the margins; the least likely place you’ll find traditional “experts”.

Finding ways to allow the knowledge held by those who are living the “problem” every day – be that poverty or illness – to be captured and shared so that more people can solve the problem themselves, is a vital part of systems work.

Mauricio Lim Miller, founder of the Family Independence Initiative in the US, now UpTogether and its offshoot the Community Independence Initiative, exemplifies this approach. He says that poverty is not complex to those living in conditions of poverty; they know how to get things done in their own context. The initiative gives groups of families a platform to share anecdotes and stories, track goals, access resources and share knowledge.

This alternative to the standard social service model has seen families reporting an average 22% increase in income and a 55% decrease in government subsidies over two years. Significantly, the connections of these groups hold fast and have helped these communities better cope with the Covid-19 crisis, too.

Giving people the authority and agency to respond to context is closely related to a third and crucial principle of successful systems work: who has the power?

There are three “faces” of power to consider (a concept attributed to sociology scholar Steven Lukes). The first two – decision-making and agenda-setting – are easily spotted, but ideological power, which sits far beneath the surface and drives the deep-seated issues in our social systems, is not. Patterns of behaviour, and the motivations and circumstances that drive these patterns, are circumscribed by social norms, values and beliefs that often go unnoticed and largely uncriticised. Unwittingly or not, the powerful circumscribe the parameters within which these norms are followed. In other words, they set the temperature of the water in which everyone must swim.

Arbind Singh, founder of Nidan, an organisation that supports informal workers’ rights in India, knows this first-hand. This is why, while Nidan uses traditional protest tactics to demand more inclusive policies for informal workers, its more fundamental work has become the implementation of these policies at the local level. Nidan ensures that laws and policies include provision for informal workers to step into positions of decision-making, such as Town Vending Committees.

Through these approaches, the truly important ways to reconfigure power – concerning access, distribution and profit – become possible. In this reimagined world, former gangsters and informal workers become social leaders rather than costs for society to bear. Even slums and rural areas hollowed out by economic and environmental devastation become real places of possibility.

When these shifts in perception are palpable and authentic, real change can occur at the deepest levels – leaving nothing the same as it was before. DM

François Bonnici and Cynthia Rayner are authors of a new book, The Systems Work of Social Change: How to Harness Connection, Context and Power to Cultivate Deep and Enduring Change, published by Oxford University Press and launched this month by the Bertha Centre for Social Innovation and Entrepreneurship at the UCT Graduate School of Business.