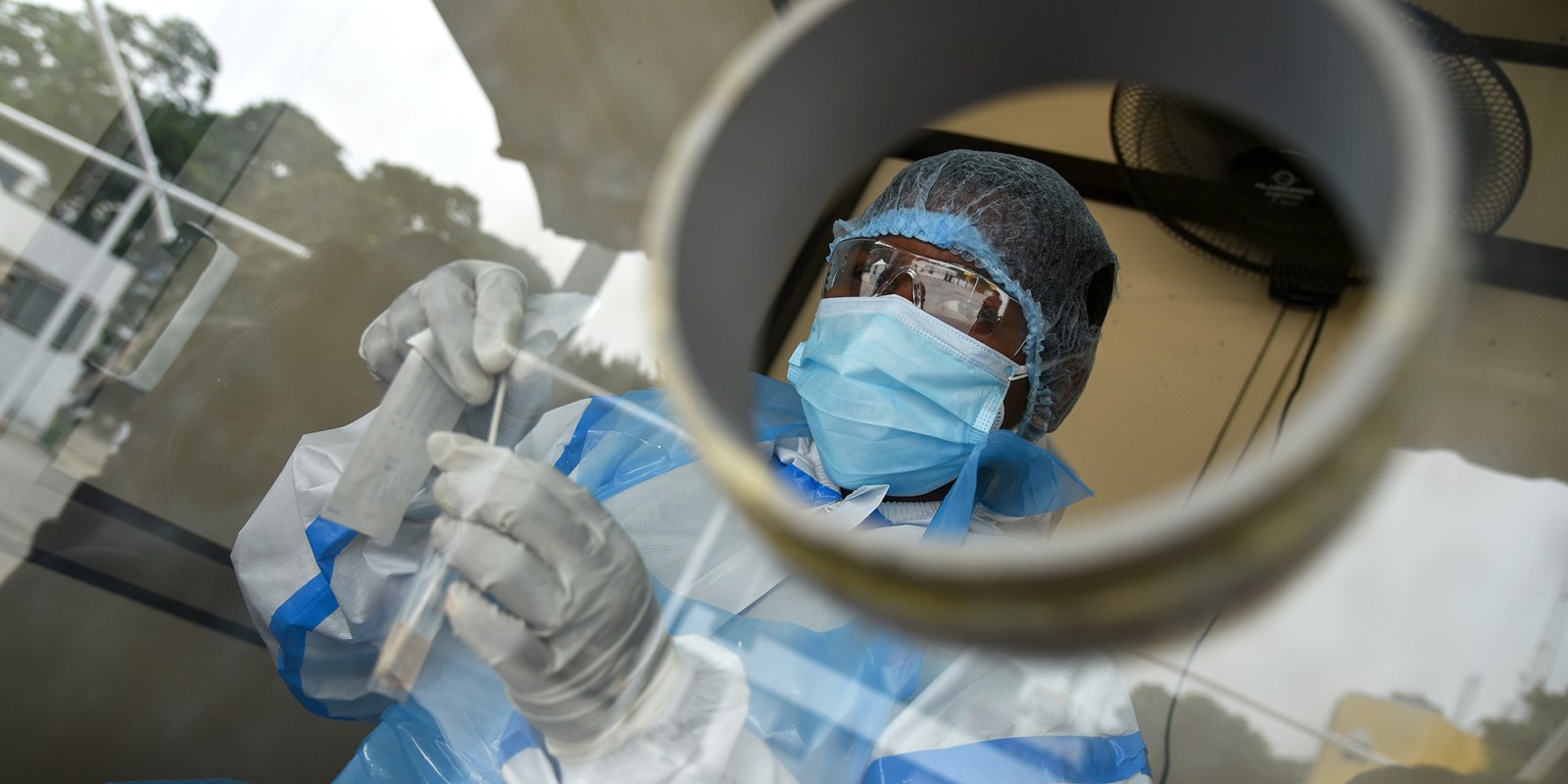 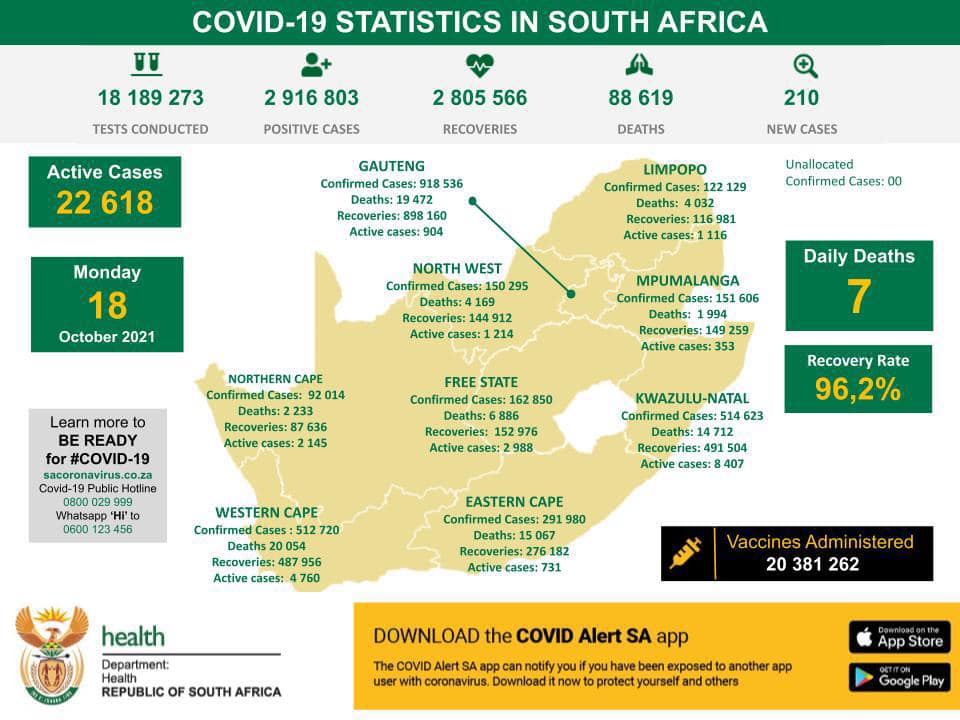 China is seeing a new coronavirus cluster in its northwestern provinces, with eight infections detected since Sunday. Some US schools are starting to lift mask mandates as the latest Covid-19 wave fades, and case trends suggest others may soon follow.

Influenza cases are 23% higher across the US compared with a year ago, according to data collected by Walgreens Boots Alliance. The rise may be due to people spending more time together and a loosening of social-distancing measures and mask-wearing after vaccination.

Australia’s Queensland outlined plans to reopen its borders to the rest of the nation, following pressure from Prime Minister Scott Morrison on states to do so by Christmas. Myanmar is preparing to welcome foreign tourists again early next year. New Zealand extended a lockdown in Auckland for at least another two weeks, but a vaccination target will be introduced to signal when curbs could be eased.

About 72% of breakthrough Covid-19 patients who died in New Jersey had underlying medical conditions, according to Ed Lifshitz, medical director of the state’s Health Department.

Of 362 breakthrough deaths, 262 had pre-existing conditions. A similar percentage of breakthrough Covid-19 patients hospitalised – 69% of 1,718 – had previous medical issues, Lifshitz said on Monday at a virus briefing in Trenton.

The older a breakthrough patient is, and the more underlying conditions they have, the “more likely you are going to have a bad outcome”, Lifshitz said.

Some US schools lift mask mandates

Some US schools are starting to lift mask mandates as the latest Covid-19 wave fades, and case trends suggest others may soon follow.

At least a half dozen school districts across the country have recently lifted their mandates, the first such swing away from the face coverings, according to Burbio, which tracks the developments and runs a dashboard on schools.

German state of emergency set to be lifted on November 25

German Health Minister Jens Spahn has said that enough people have been vaccinated to permit ending a national State of Emergency as scheduled on November 25, Bild newspaper reported Monday, without saying where it got the information.

Spahn told a meeting of regional leaders that a complete return to normalcy would nevertheless only be possible in the spring of next year at the earliest.

Influenza cases are 23% higher across the US compared with a year ago, according to data collected by Walgreens Boots Alliance. Las Vegas and Nevada topped the list for cases, along with several Texas communities.

The rise may be due to people spending more time together and a loosening of social-distancing measures and mask-wearing after vaccination.

Indonesia expects to enter the endemic phase for Covid-19 in January, as long as it can go through the year-end holiday without a further spike in cases, according to Luhut Panjaitan, the minister overseeing the pandemic response.

The Asian nation is on course to have 122 million people fully vaccinated by year-end, Health Minister Budi Gunadi Sadikin said.

The European Union exported over one billion vaccine doses to more than 150 countries over the past 10 months, European Commission President Ursula von der Leyen said on Monday.

The EU and the US are joining forces to deliver more doses to low- and middle-income countries and will rally Group of 20 leaders around the effort later this month. The EU committed to donate at least 500 million doses to vulnerable countries in coming months. It has delivered 87 million so far.

The Czech Republic shortened the limit for receiving the third dose of Pfizer/Biotech vaccine to six months from eight months.

The move follows an acceleration in the spread of the coronavirus during the last week in the nation of 10.7 million, with 787 new cases reported on Sunday, the highest number on any Sunday since April.

China is seeing a new cluster of cases in its northwestern provinces, with eight infections detected since Sunday.

The resurgence has been traced to two retired university lecturers from Shanghai who were infected in Shaanxi Province. Since then, over 1,500 close contacts have been identified and six more people found to have the virus in Shaanxi and Gansu provinces.

Xi’an, the Shaanxi capital that’s home to some 13 million people and the location of the Terracotta Army, is preparing to roll out a citywide testing program, according to the Global Times.

Taiwan reports no cases for first time since April

Taiwan reported zero local and imported cases of Covid-19 Monday, for the first time since April 8, said Chou Jih-haw, Director-General of Centers for Disease Control, at a briefing in Taipei.

Taiwan is moving closer to cutting its virus alert to Level 1, the lowest, given that the local situation has stabilised, Health Minister Chen Shih-chung was quoted by Taipei-based Apple Daily as saying.

Valneva is preparing to seek regulatory approval for its experimental Covid-19 vaccine after showing it elicits better immunity than AstraZeneca’s shot.

Patients injected with two doses of the product had more antibodies – a proxy for protection against the coronavirus – and fewer side effects than those who got the Astra shot in a study of about 4,000 adults, the French drugmaker said in a statement Monday. Both groups had the same number of Covid cases and no patient got severely ill, the company said.

New Zealand Prime Minister Jacinda Ardern extended a lockdown in Auckland for at least another two weeks, but said a vaccination target would be introduced on Friday to give people an indication of when restrictions could be eased.

Auckland will remain at Alert Level 3, meaning people can’t leave the city and should stay at home where possible, Ardern told a press conference on Monday in Wellington.

Myanmar working on welcoming back tourists

Myanmar is finalising procedures for reopening its tourism sector to foreigners early next year and will initially target visitors from Southeast Asia, according to Union Minister for Hotels and Tourism Htay Aung.

The effort comes as new Covid-19 infections decelerate in the nation of 55 million, which has prompted the lifting of a ban on interprovincial travel. The easing and traditional holidays have already spurred some locals to go on vacation.

Fortress Australia’s walls have cracked further after Queensland state outlined plans to reopen its borders to the rest of the nation.

Queensland won’t require fully vaccinated travellers from other states to quarantine on arrival from December 17 or once 80% of the population are inoculated, whichever is earlier, Premier Annastacia Palaszczuk told reporters on Monday.

Overseas arrivals will be allowed to quarantine at their place of residence, she said. All border restrictions will be lifted for vaccinated travellers – both domestic and international – should the 90% threshold be met.

Singapore had the fewest new daily Covid-19 cases since October 14, at 3,058 as of noon on October 17, according to the Ministry of Health. The country has seen a surge in the number of virus patients in critical condition, with 66 people in the intensive care unit compared with 48 people on Friday. DM