Vaccinations to open for 12- to 17-year-olds next week 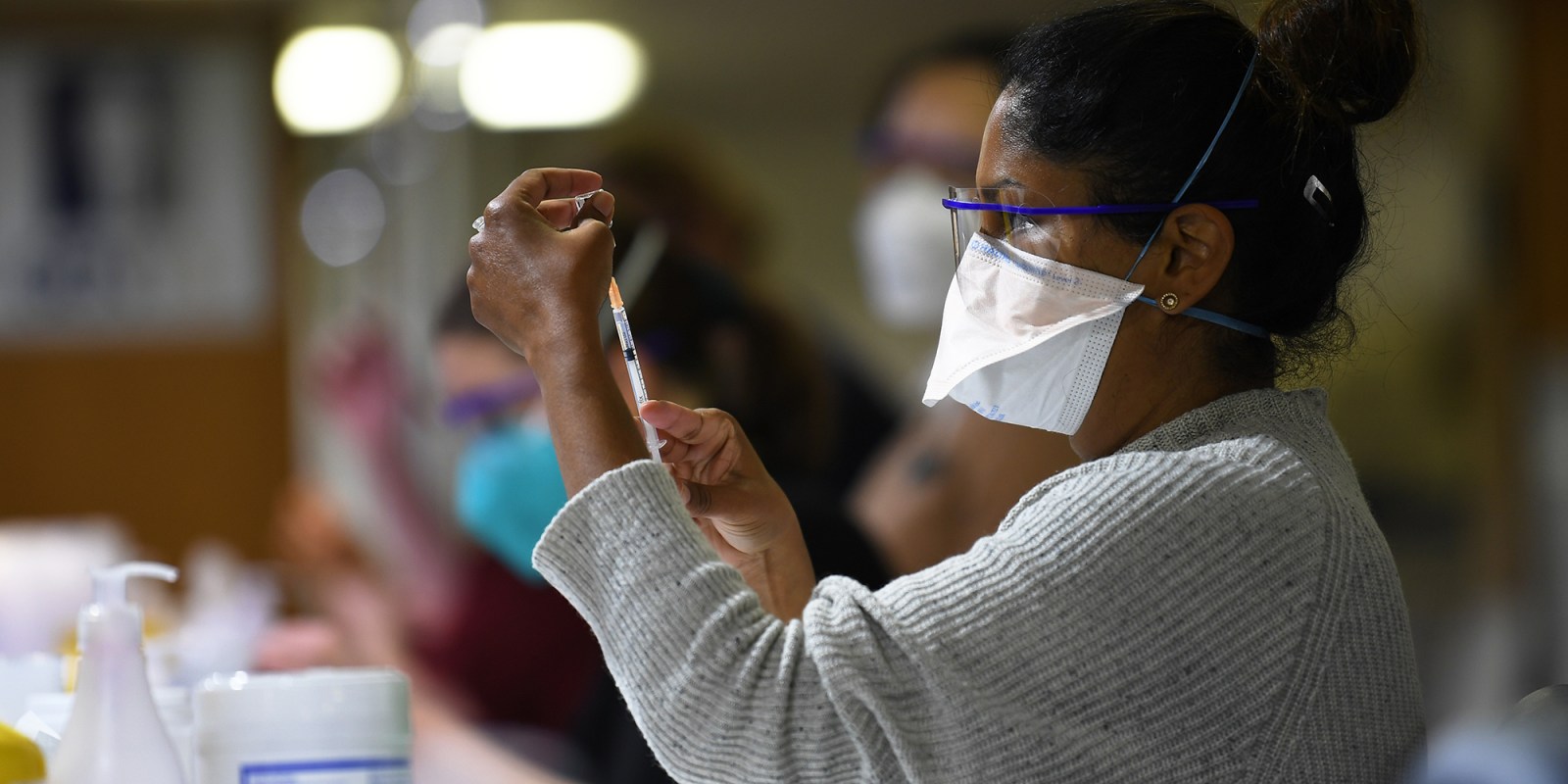 Health Minister Joe Phaahla has announced that children between the ages of 12 and 17 will be able to access the Pfizer Covid-19 vaccine from next week. But for now they will only get a single dose.

Children between the ages of 12 and 17 will be able to get one shot of the Pfizer Covid-19 vaccine from next week, the Department of Health announced on Friday.

Minister Dr Joe Phaahla said registrations for children on the electronic vaccination data system will open on Wednesday, 20 October and they will be able to get the vaccine at any of the current vaccination sites.

He said that given the risk, even though minimal, of myocarditis (inflammation of the heart muscle) that were seen in a small number of children who received a second dose of the Pfizer vaccine, the department will wait for more research to be done before giving a second shot to this age group.

Phaahla said where myocarditis was identified as a side-effect of the vaccine, the cases were short-lived, only occurred after the second dose and was slight.

“We will space the second dose after we have received more information,” he said.

“I want to assure parents that even where this side-effect was noticed, it caused no permanent damage,” he added.

The registration system and vaccinations would open for all children between the ages of 12 and 17 on Wednesday.

Phaahla said at this stage only the Pfizer vaccine has been approved for this age group by the South African Health Products Regulatory Authority.

“We believe that this will become handy as school starts examinations,” he said.

The acting director-general of the Department of Health, Dr Nicholas Crisp, said the vaccinations will only be administered at vaccination sites, not at schools.

“There is too much to organise. We will look at that for next year. For this roll-out the vaccine will be available at public and private vaccination sites,” he said.

He said they were making changes to the Electronic Vaccination Data System (EVDS) system to allow for a consent form that is suitable for the age group. The Children’s Act makes it possible for children over 12 to give consent for certain medical procedures without their parents agreeing.

They hoped to get to the Grade 12 pupils in time so they have a few days to get over any side-effects before starting their final exams.

Crisp said schools will not be used at this stage because there are certain agreements around consent given for vaccinations that must be sorted out.

He said there are about six million children between the ages of 12 and 17 in South Africa.

“It will be good to get hold of at least half of them before the end of the exam.”

Professor Glenda Gray, president of the South African Medical Research Council, said she believes there is an abundance of caution when it comes to moving forward with the Pfizer vaccine for this age group.

“I don’t think it is a big risk at all. It is a very rare side-effect seen after millions of kids in the US and Europe have already had two jabs. We are very cautious, which is probably not warranted,” she added.

He said the vaccination programme remained stable, with about 200,000 doses administered each day.

So far the Western Cape has vaccinated the largest percentage of its population (43%). The Eastern Cape and Limpopo are on 40% and Gauteng 31.7%. Phaahla said that in Gauteng, due to the size of its population, this translated into 3.5 million doses.

He said he was concerned about the slow pace of vaccination in Mpumalanga and KwaZulu-Natal.

“We are especially concerned about KwaZulu-Natal as it has a big population and the vaccine coverage is not moving up like in other provinces.”

He said that 1.5 million vaccine certificates have been downloaded so far, but acknowledged that the system was slow and could at times not cope with the demand.

“The matter is being attended to and the certificate team is making adjustments. I am certain that it will only get better.”

The minister said that on Tuesday, 12 October a project was launched that would allow vaccinated spectators to return to sports events, while 2,000 spectators were allowed at the match between Bafana Bafana and Ethiopia in FNB Stadium.

“We also encourage all sports, art, culture, conferencing and exhibitions to follow suit. The message is that when more people are vaccinated, more activities can open up again,” he added.

Pending approval by the regulator, booster shots would soon be offered to health workers as part of an expanded Sisonke study.

The project manager for the country’s electronic vaccine system, Milani Wolmarans, said out of 395,969 health workers and other personnel in the public sector, 304,504 have been vaccinated. “That is 77% of employees in the public health sector.”

Phaahla said people with serious health concerns will be able to access a booster shot on prescription from their medical practitioner. DM/MC