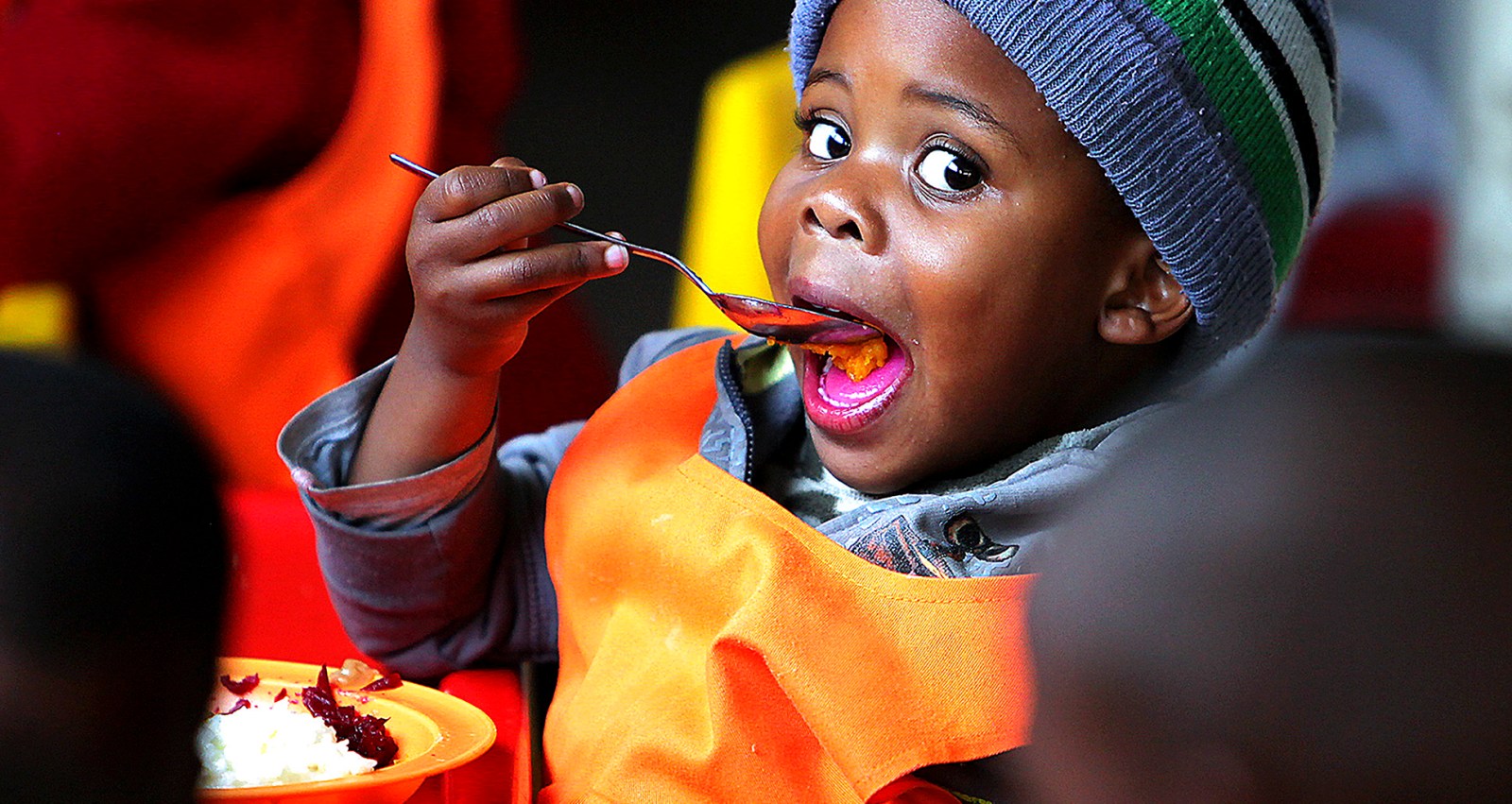 Slashing stunting and undernutrition before they take root will allow our children to be able to learn and set them on a path to greatness. (Photo by Gallo Images / The Times / Alon Skuy)

Children’s healthy growth and development are not only undermined by their inability to access nutritious food but also exposure to unhealthy living conditions that result in gut disease, which affects the absorption of the limited nutrients they do eat.

Friday, 15 October 2021, marks the end of South Africa’s National Nutrition Week, an annual nutrition awareness campaign aimed at educating the public on healthy intake. Sadly, despite us commemorating National Nutrition Week dutifully year in and year out, not enough has changed in terms of the nutritional outcomes of young children, particularly stunting from chronic malnutrition.

Stunting arises from poor nutrition over a long time. It is identified when a child is significantly shorter in height than the average for his or her age. In South Africa, surveys estimate that more than one in four (27%) children younger than five years suffer from stunting. These children are eating, but the food they are consuming is empty in nutrients, resulting in them not growing as they should do and causing potentially irreversible impairments in brain development, with long-term consequences for their health, education, and employment prospects in adulthood.

A recent community-based study conducted by the Grow Great Campaign, in partnership with Nelson Mandela University in Mqanduli, OR Tambo District, Eastern Cape, found that children’s healthy growth and development is not only undermined by their inability to access nutritious food but also through exposure to unhealthy environments that result in gut disease, which affects the absorption of the limited nutrients they do eat.

Not a single child participating in the study had access to piped water and a third lived in households that had no access to adequate sanitation, such as a flush toilet or ventilated pit latrine. Poor Wash (water, sanitation, and hygiene) conditions place children at increased risk of microbial ingestion, which in turn results in gut or diarrhoeal disease that leads to chronic malnutrition and stunted growth. In these children, we found that those who were exposed to inadequate sanitation had double the risk of suffering from stunting than those who were not.

With the local government elections approaching, it is imperative that we hold our leaders accountable for improving access to basic services such as adequate water and sanitation that are necessary to protect children from diseases and ensure they grow well and thrive. Stunting is, for the most part, a completely preventable condition that many of our developing nation counterparts, such as Ghana, Senegal, Rwanda, Peru, and Brazil, have managed to get a handle on. Regrettably in our context, our stunting prevalence has persisted at embarrassingly high levels for at least the last two decades. This needs to change.

Poor nutrition is a weak foundation for a nation with big dreams. Our children cannot go to the polls to cast their votes on November 1; let’s be sure to vote on their behalf for the future they deserve. DM/MC