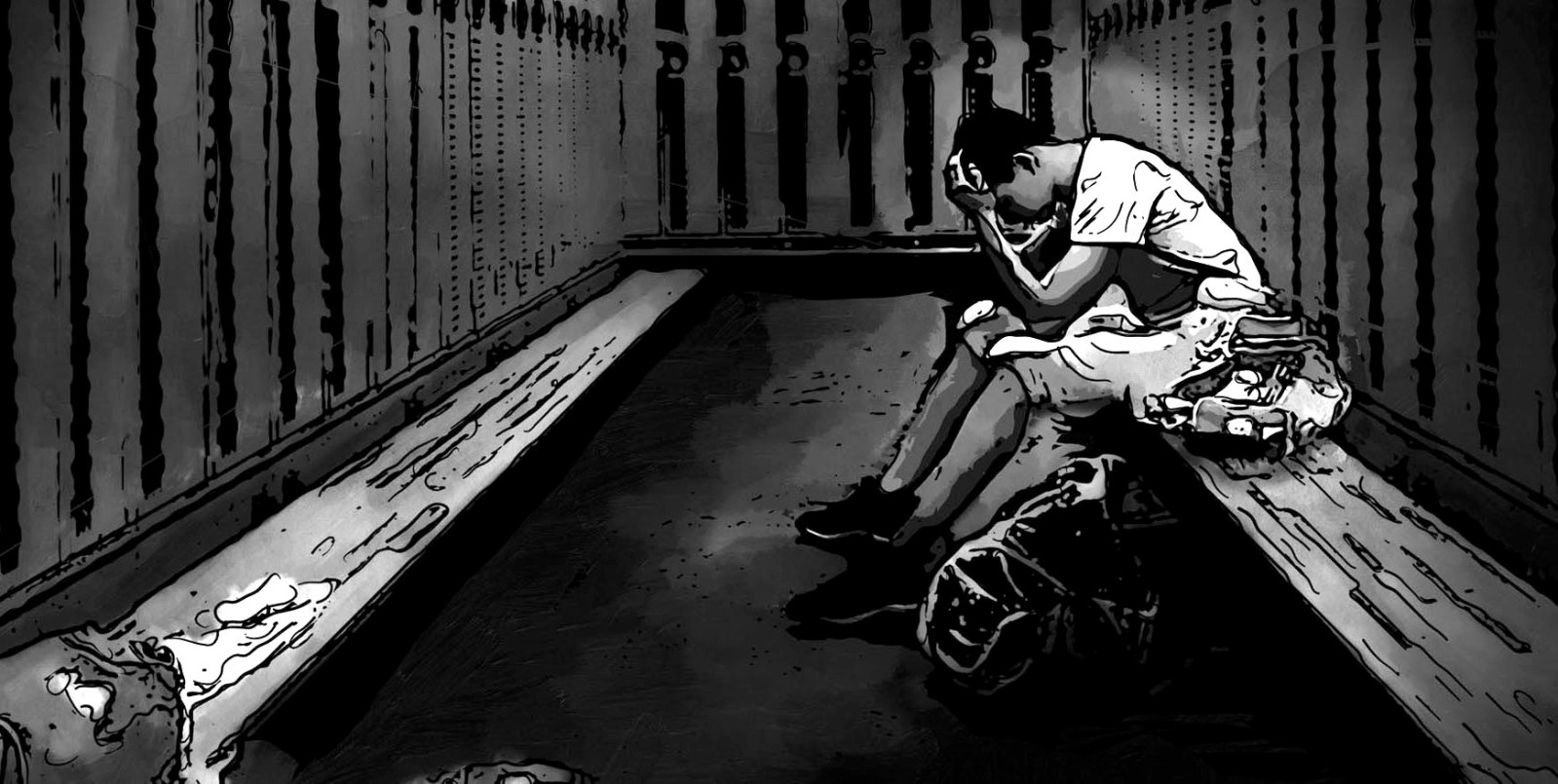 Studies have shown that the rate of mental health problems, such as suicidality, anxiety, depression, and post-traumatic stress have increased during the Covid-19 pandemic. (Photo: newframe.com / Wikipedia)

Studies have shown that mental health problems, such as suicidality, anxiety, depression, and post-traumatic stress, increase after natural disasters.

As part of the #CancelCoal campaign demanding that the government bins its plans for new coal-fired power plants, the Centre for Environmental Rights commissioned a report on the psychological and mental health consequences of climate change in South Africa. The report’s findings are clear and sobering — the impacts of climate change are stressful and traumatic and pose a present and material threat to mental health.

International studies on global climate change and trauma have shown that mental health problems such as suicidality, anxiety, depression and post-traumatic stress increase after climate-related events.

Common natural disasters in South Africa, such as droughts and wildfires, have made it difficult for individuals and communities to sustain their lifestyles and livelihoods in the face of water, food and financial insecurity. Low-income families, particularly women-headed households in rural areas, struggle to recover from these socioeconomic losses and are exposed to what is referred to in the report as “climate trauma”, “climate anxiety” and “ecological grief”. This can manifest in the form of disturbed sleep, sadness, anger, feelings of helplessness and hopelessness and recurring thoughts of death.

A critical feature of the climate crisis is anticipated trauma, where individuals are affected by increased anxiety, panic attacks and constant worry about situations that are difficult to control — for example, the many rural communities with no or intermittent access to water in drought-stricken provinces such as the Eastern Cape. Whether sudden or slow and insidious, ecological degradation contributes to profound psychological distress about the present and future.

In the report Dr Garret Barnwell, a clinical psychologist based in Johannesburg who authored the report, writes:

“It is extraordinarily difficult for the majority of South Africans to adapt to the advancing climate shocks. The same social conditions that make individuals and communities more vulnerable to climate change, are the same that put people at higher risk of mental illness and psychological adversities.”

While the consequences of climate change present themselves as a “collective trauma”, the impacts are not equally experienced. A 2020 report published by the Lancet medical journal found that women, across a range of social and cultural contexts, are particularly vulnerable to the impacts of climate change, with women more likely to live in poverty than men, as they are faced with discriminatory laws and practices, income insecurity and limited access to political decision-making spheres. The environment-induced mental health risks find expression in women in the form of demoralisation, fatalism, depression or passively resigning to fate.

Children and future generations are especially vulnerable and experience extra challenges and harm to their emotional wellbeing. Barnwell’s findings suggest that children either turn their feeling of sadness, loss, and helplessness inwards or turn these feelings outwards in destructive ways by resorting to over-medicating or drinking alcohol excessively.

The traumatic and stressful psychological harms for the majority of those living in South Africa are further compounded by the histories of colonialism and apartheid, which have left behind legacies of extreme poverty, inequality and marginalisation. The National Climate Change and Health Adaptation Plan 2014-2019 recognises that the prevailing conditions of inequity and vulnerability are set to be exacerbated by the climate crisis and it is imperative for health programmes and systems to be strengthened to meet existing mental health needs and future demands.

Barnwell says the mental health services currently provided by the government are woefully inadequate and significantly contribute to ongoing psychological stressors and traumas. To match the most comprehensive mental health systems of the world, countries are expected to allocate a minimum of 5% of the total health budget to mental health. Modelled estimates for South Africa indicate that about 0.89% and 7.5% of the uninsured South African population requiring care receive some form of inpatient and outpatient care, respectively.

A 2019 national survey suggests that the “treatment gap” for people living with mental disorders, epilepsy, and intellectual disabilities in South Africa is around 92% — which is to say that less than one in 10 people with these conditions get the care they need.

A 2020 study in Limpopo further exposed the poor working conditions of professional nurses in public sector mental health institutions. It found that inadequate resources resulted in a shortage of running water, poor condition of infrastructure and stock-outs of medication. Due to budget constraints, planned programmes to raise awareness and support mental health service users were not implemented.

The potential impact of climate change, in the context of an already poorly equipped public mental healthcare system, may further perpetuate psychological distress and harm. Barnwell writes that this psychological context and the experiences with the healthcare system contribute to a sense of institutional betrayal. When communities depend on the government to meet their needs, they feel betrayed when their government continues to perpetuate harm by failing to take corrective action or mitigate harms when those potential harms are well known.

For instance, in 2007, the government designated the Highveld a “Priority Area” because of its poor air quality, and yet more than a decade later, with an air quality management plan in place, little has changed for the millions of people in the Highveld. The area, which has been identified as one of the worst places in the world for air pollution, is home to 12 of Eskom’s coal-fired power stations. Every day, the 4.5 million people living and working on the Mpumalanga Highveld are breathing this toxic, polluted and deadly air that is adversely affecting their health and wellbeing. In a landmark case, dubbed the Deadly Air Case, heard earlier this year by the Johannesburg High Court, GroundWork and Vukani Environmental Justice Movement in Action took the important step to contest the government’s refusal to take action adequately to prevent more than 2,200 premature deaths annually due to air pollution.

The now lapsed National Mental Health Policy Framework and Strategic Plan 2013-2020 (according to the health department, a new framework policy is under way) failed to include an action plan on the impacts of climate change on mental health. The strategic plan merely invokes the language of the Constitution and pays lip service with provisions that mental health and environmental rights will be realised over an indeterminate period and within available resources.

However, it is questionable whether the Department of Health will have the capacity to deliver on mental health services in general, let alone against climate shocks, when the national Budget tabled in February this year planned to reduce spending on public health by a massive R50.3-billion over the next three years.

Barnwell says, “as we know from the Covid-19 pandemic, preparation is everything, and in the case of climate change, we know that it is already with us and will determinately affect those most vulnerable.” South Africa’s health institutions and services, at present, are not at all resilient to climate change and have numerous vulnerabilities.

As the climate emergency accelerates, our mental healthcare system needs investment to reinforce and maintain disease surveillance, identification and support of vulnerable communities, health facility preparedness, and crucially, to build public trust. To do this, the new mental health policy framework should include climate change adaptation planning in the mental health system; initiate community-based intervention with climate change resilience plans that address psychosocial wellbeing; provide special training for healthcare providers and first responders in, for example, psychological first aid; and as a matter of urgency, improve access and funding to mental healthcare.

The demands to #CancelCoal for a just transition away from fossil fuels must include establishing a healthcare system that is fair, reliable and prepared. If the Covid-19 pandemic has taught us anything, it is that the health system will often be on the frontlines of any given crisis. DM/MC

Mbalenhle Baduza is a legal researcher under the Health Rights Programme at Section27.

This article is part of Spotlight’s mental health series.

Note: This article is written by an employee of Section27. Spotlight is published by Section27 and the Treatment Action Campaign, but is editorially independent — an independence that the editors guard jealously. The views expressed in this article are not necessarily shared by Spotlight.