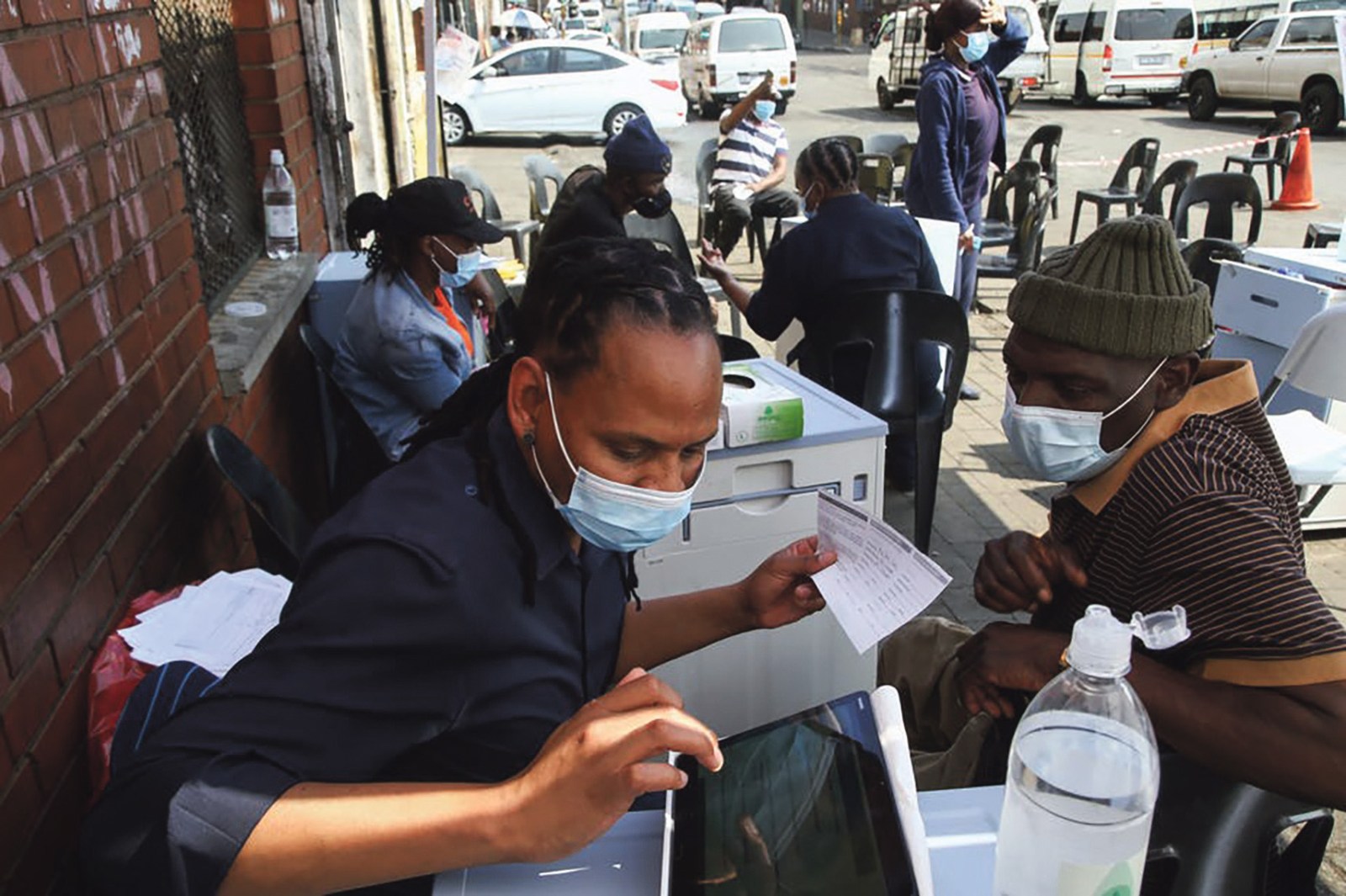 The Conversation’s Ina Skosana spoke to demographer Tom Moultrie about what the country’s death figures show.

In the 2000s, experts from the University of Cape Town and the South African Medical Research Council built a system to track Aids mortality on a monthly and a yearly basis, using data from the Department of Home Affairs. In 2020, researchers built on this system to track Covid-19 deaths in South Africa. Now, South Africa is one of the few countries in the developing world that have managed to build a near-real time mortality tracking system. The South African Medical Research Council publishes a weekly report on deaths in the country.

Who, according to your figures, is dying, and where are they?

The weekly mortality report provides information on deaths registered in almost real time on the National Population Register. These are used to determine the actual number of deaths that have occurred in the country and calculate the number of excess deaths over and above the numbers that would be expected had the historical mortality trends before the Covid-19 pandemic continued.

In South Africa between May 2020 and early September 2021, over a quarter of a million more people have died from natural causes than was predicted for that time period.

The vast majority – three-quarters – are over the age of 60.

The burden of this has been very heavily felt by those at older ages. But it is not completely unaffecting those aged under 60. And that is because of the high prevalence of noncommunicable diseases. South Africa has a high incidence of diseases and conditions such as diabetes, hypertension and obesity. These are all known cofactors for Covid-19 related mortality.

The geography of where people are dying is largely a reflection of where people are living. The actual count of excess deaths is lower in the sparsely populated Northern Cape than more densely populated provinces such as the Western Cape or Gauteng. Allowing for population size and age distribution, the three most affected provinces are the Northern Cape, KwaZulu-Natal and the Eastern Cape, while the three least affected provinces are the Western Cape, North West and Gauteng.

What are the leading causes of death?

This is the real problem we have with trying to understand Covid-19 deaths in the country. We get the data we use from the Department of Home Affairs, which only classifies deaths by natural or unnatural causes.

At the time of death, a doctor or medical attendant records the chain of causes leading to death on an official death notification form. But that information is not captured in real time by the Department of Home Affairs. This data is only released by Statistics South Africa many years after the fact. For example, the mortality and causes of death report released in 2021 reflects deaths recorded through to 2018. However, the actual data are still only available through to 2017.

The numbers reported by the National Department of Health every night reflect those known to have died from Covid-19 and who were known to have been infected with the virus. But those reports miss many deaths, especially of those who do not die in a health facility.

The South African Medical Research Council and University of Cape Town collaboration, which produces the estimates of excess deaths every week, has come to the view that between 85% and 95% of the excess natural deaths in the country are related to Covid-19.

But we do not know for certain. That’s one of the great tragedies of vital registration systems in sub-Saharan Africa and the developing world generally.

How can this information be used in the Covid-19 response?

The excess deaths show that the effects of Covid-19 are far more severe than that reflected in the national data. We can see that even at a more granular level by looking at the provincial data.

The number of Covid-19 deaths reported in the Western Cape – which has the best-functioning health data system in the country – is about 70% of the number of excess deaths estimated for the province. Based on this information we can be fairly certain that other provinces are missing Covid-19 deaths.

But even if we can’t attribute all of those excess deaths to Covid-19, we can say with a high degree of certainty that a lot more people have died from Covid-19 than has been reported by the National Department of Health.

Another thing that we’ve managed to do during this period of repeated lockdowns and changes in regulations  has been to try and tease out the effects of the various alcohol bans and curfews on the number of unnatural deaths.

Unnatural deaths – as a consequence of homicide, suicide and accidents – tend to be strongly associated with alcohol. And one of the things which we have managed to show in the paper, which we published in the South African Medical Journal, was exactly how extreme the effects of banning alcohol are in terms of their impacts on the number of unnatural deaths. We also showed that the partial restrictions on the sale of alcohol are largely ineffective.

So this data contributes to the evidence base that the government can draw on to determine what their Covid-19 response should be. DM168

This article was first published in The Conversation.