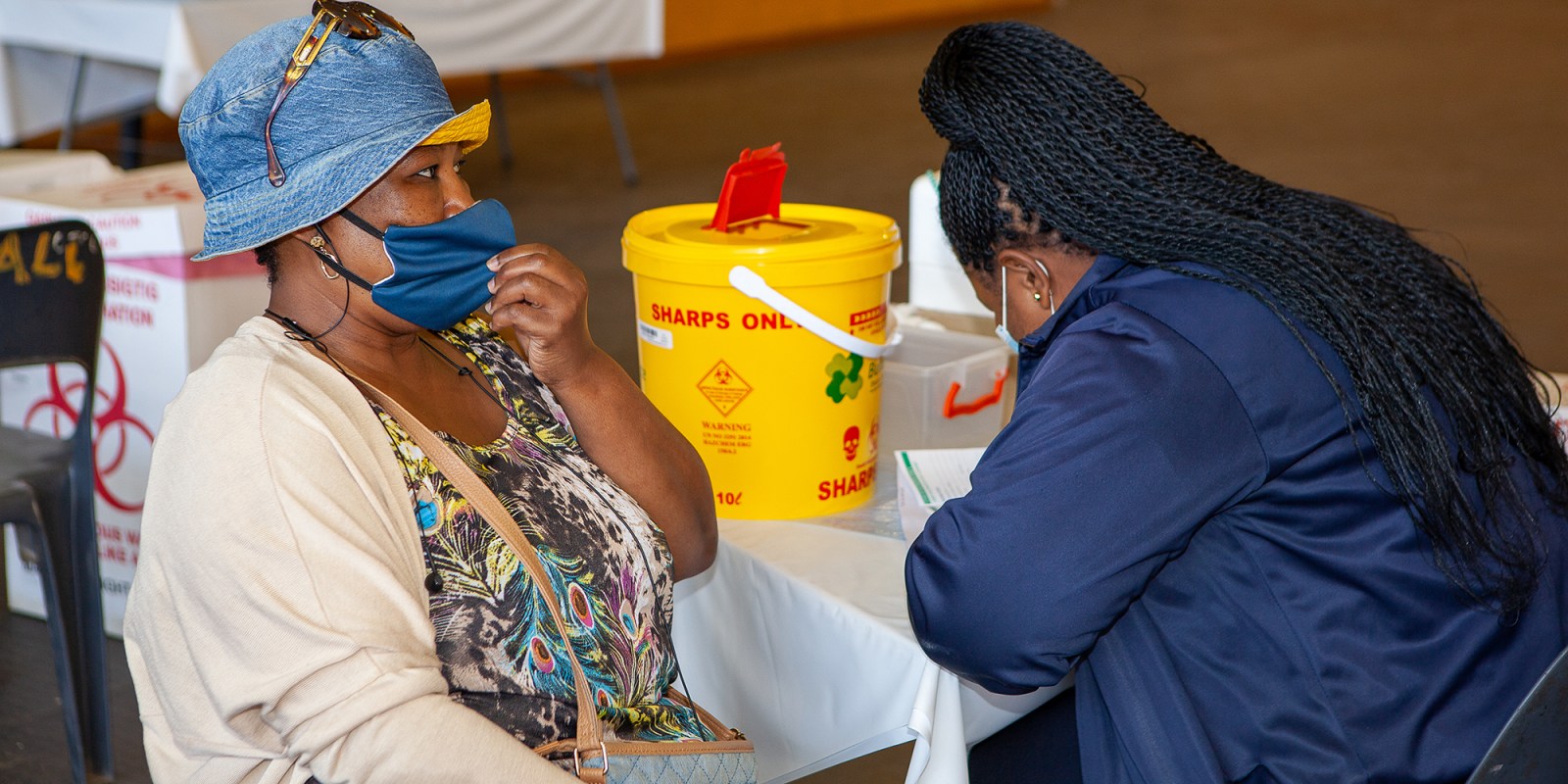 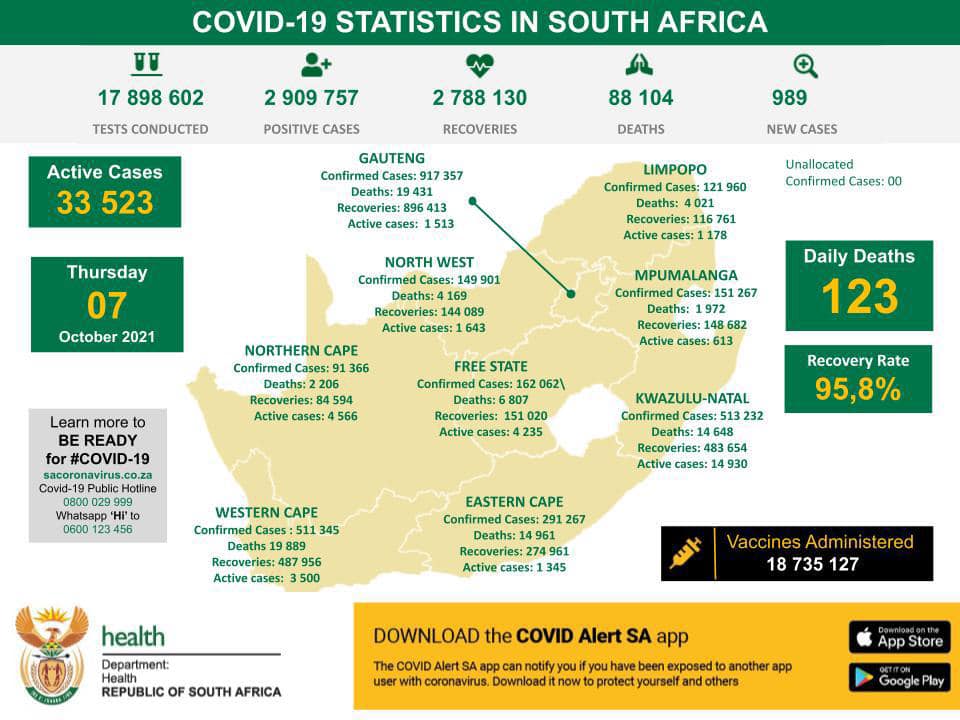 Pfizer and BioNTech asked the US Food and Drug Administration to approve its Covid-19 vaccine for children aged five to 11. The UK eased entry rules for 47 countries that were subject to the tightest Covid-19 restrictions, in the government’s latest bid to help revive the tourism industry.

President Joe Biden is escalating his campaign to pressure US employers to require vaccination, while data for some states suggest that strains on hospitals are easing.

A study found that heart damage from Covid-19 can last a year, and even people who were never sick enough to need hospitalisation are in danger of developing heart failure and deadly blood clots. In Europe, Finland will stop vaccinating younger men with Moderna’s shot because of potential side effects.

Italy, where Covid-19 certificates are required for most indoor activities, is allowing clubs and dance venues to reopen at half of indoor capacity. A government decision on Thursday also lets theatres and cinemas operate at full capacity.

Clubs’ outdoor facilities can fill up to three-quarters of capacity. Italy has vaccinated 79.6% of its eligible population older than 12.

A measure of new hospital admissions in Florida has declined almost to the level of May 13, when the Centers for Disease Control and Prevention relaxed mask guidance for fully vaccinated people – a change it reversed when the Delta variant struck the US.

Admissions in at least eight other states and Washington, DC, are less than or close to May levels. The one-week average of new cases nationally has dropped 40% from its September 21 peak, according to CDC data.

The UK pared its so-called red list of countries subject to the tightest Covid-19 restrictions. Only seven countries will still require a 10-day hotel quarantine as of Monday, Transport Secretary Grant Shapps said on Twitter.

San Francisco will ease its indoor mask requirements beginning on October 15 for areas including offices, gyms and college classes. People in those settings can remove masks if everyone is fully vaccinated, provided the gatherings don’t exceed 100 people.

The move follows a sharp improvement in the city’s most recent virus surge, with cases falling to 77 per 100,000 from 309 at the height of the summer outbreak. San Francisco will continue to require masks on public transit, in hospitals, jails and schools, according to a statement from Mayor London Breed’s office.

International Business Machines said all of its US-based employees must be vaccinated by December 8 or be put on unpaid suspension.

The Armonk, New York-based company told workers that because it’s a government contractor, the company is required to adhere to President Joe Biden’s vaccine mandate for federal contractors. The requirement applies to US employees regardless of where they work or how often they go into a company office, with limited medical and religious exemptions

The decision was prompted by “the continued spread of Covid-19, local clinical conditions around IBM sites, and the reality that vaccines are readily available nationwide,” a company spokeswoman said in a statement.

Greece approves third shot for those 50 and over

A minimum of six months must have passed since the second dose. A third dose for vulnerable groups, such as people with cancer, was approved earlier.

Covid-19 hospitalisations in New Jersey have dropped below 1,000 for the first time since August, state data show.

The state reported 986 people in hospitals for Covid as of October 6.

Failure to comply will lead to termination, American Airlines said in a memo to employees. Workers can request medical and religious exemptions. The “majority” of employees already are vaccinated, the company said, without providing specifics.

Pfizer and BioNTech have submitted an application to US regulators to administer their Covid-19 vaccine to children aged five to 11, bringing shots for school-age kids another step closer.

Clearance of the shot for the younger age group would herald a crucial new part of the immunisation campaign in the US, where the Pfizer vaccine already has full approval for people 16 and older and is authorised on an emergency basis for ages 12 to 15.

An FDA advisory-committee meeting to review clinical-trial data on the pediatric vaccine had previously been scheduled for October 26.

Romania’s 19 million people are the second-least vaccinated in the European Union and have suffered the bloc’s highest death toll during the past week. About 15,000 new cases a day are being recorded, with officials worried that scenes of overflowing Italian hospitals during the initial weeks of the pandemic are becoming the reality in their country.

Germany’s vaccination rate is as much as 5% higher than official figures suggest, Health Minister Jens Spahn said in a tweet, adding that 80% of adults were therefore fully immunised against Covid-19. “We’re not yet where we want to be. But as things stand, we won’t need any further restrictions.”

US President Joe Biden escalated his campaign to pressure private employers into imposing coronavirus vaccination mandates during a visit to a Chicago suburb on Thursday. Before the trip, the White House released a report that said 3,500 US organisations already have a vaccine mandate, including 40% of hospitals and 25% of businesses, following Biden’s directive that federal workers and contractors be vaccinated.

Heart damage from Covid-19 extends well beyond the disease’s initial stages, according to a study that found even people who were never sick enough to need hospitalisation are in danger of developing heart failure and deadly blood clots a year later.

Heart disease and stroke are already the leading causes of death worldwide. The increased likelihood of lethal heart complications in Covid survivors will add to its devastation, according to the study, which is under consideration for publication by Nature journal. DM