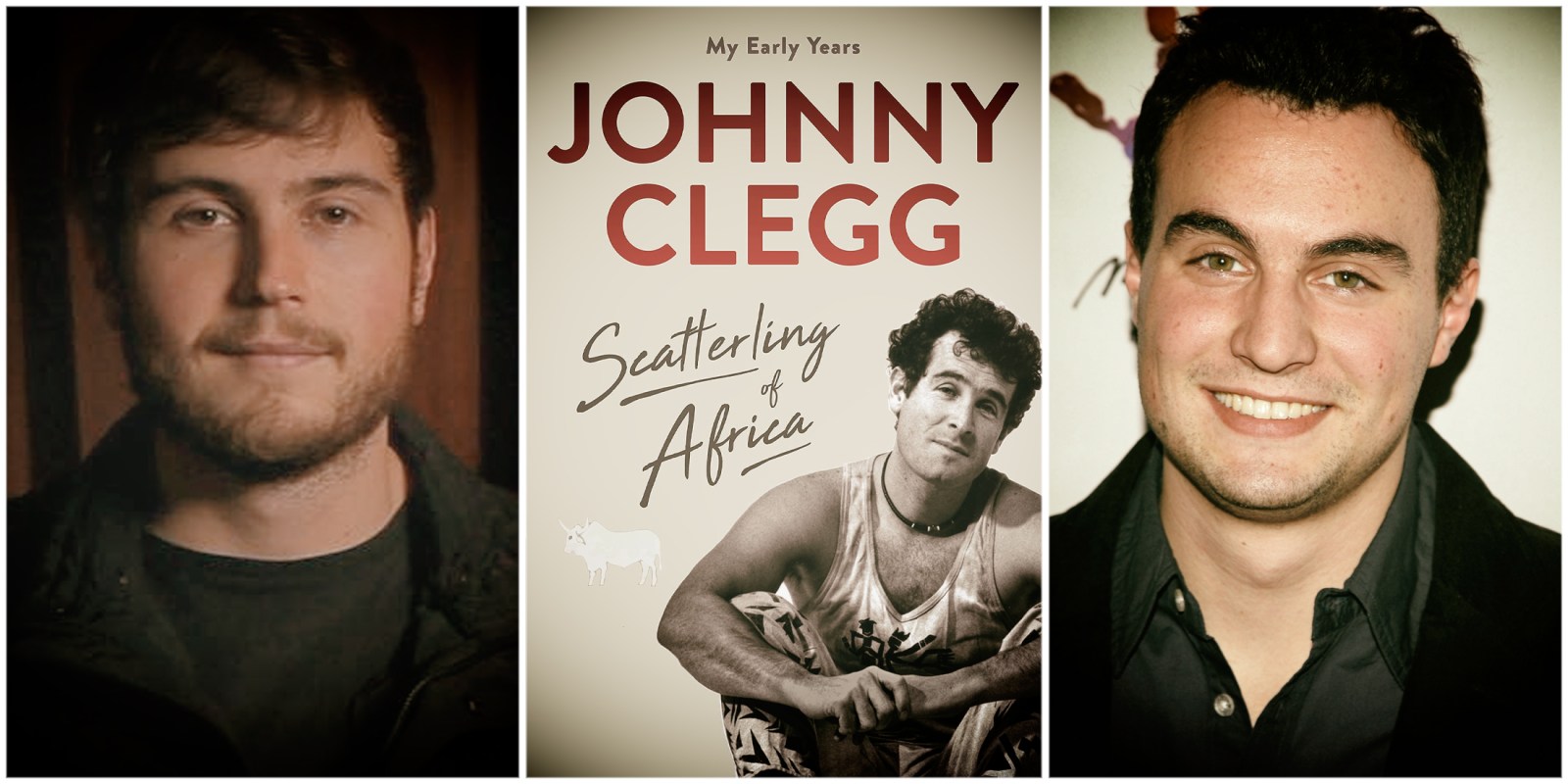 Wednesday’s Daily Maverick webinar was about launching Johnny Clegg’s autobiography with his sons, Jaron and Jesse, and also celebrating the legacy left behind by the man the French called ‘le Zoulou blanc’.

“[Johnny Clegg] was an innately curious kid… he came from a congruence of chaos which coalesced into him filling a void with the Zulu culture where he embraced it and it embraced him,” said Jaron Clegg, Johnny Clegg’s son, at Wednesday’s Daily Maverick webinar.

The webinar was also the launch of the late award-winning singer and songwriter’s autobiography, Scatterling of Africa, which follows his formative years and how he fell in love with Zulu culture.

Johnny was born in England but grew up in South Africa and Zimbabwe. “His mom was an eccentric and creative person. She had complicated relationships… there’s also the story of how my dad’s stepfather kidnapped his sister,” said son Jesse.

Hosting the webinar, Daily Maverick’s Marianne Thamm said the book also grappled with masculinity: “It’s very clear that he had a longing and a desire for male figures… he talks about Charlie [Mzila] who teaches him how to play the guitar and how Sipho [Mchunu] was more than a father figure for him.”

Johnny had come from a “chaotic” childhood and “because he didn’t have a stable home environment, it made him a seeker”, said Jesse.

In his many adventures, travelling as a musician and trying to find himself, Johnny ended up falling in love with the Zulu warrior culture, said Jesse.

“Even those paternal Zulu values you find in the culture, he carried them through to him being a father. In his final years with this disease, he took it on with the same sense of warriorship,” said Jaron.

“Jaron often tells the story that at [Johnny’s] deepest core, you could feel his ‘Zulu-ness’. If he had a bad day or when he was going through chemo, he would get his Zulu gear and do a banishing dance ritual, which is meant to banish your demons. And whenever we’d see him doing the dance out in the garden, we knew that he was having a bad day,” said Jesse.

Johnny was fascinated by the dancing Zulu migrant labourers he met in hostels as a teenager. “They were conveying messages with their bodies. It was a potent and visceral language that he’d never seen. It was a profound language he wanted to be able to express,” said Jaron.

Johnny, who was also an anthropologist, did not see his engagement with Zulu culture as merely an anthropological exercise, “it was a deep philosophy” he believed in as well, said Jesse.

Johnny was fluent in isiZulu, and Thamm, who had interviewed him before, noticed that he was a different person when he spoke the language. “When he spoke isiZulu, he was funny, more relaxed and animated, but when he spoke English, he was more reserved,” said Thamm.

True to Johnny’s character and music, the book is not written entirely in English. “There are many philosophical ideas that can only be said in Zulu, and that’s why the book has lots of text in Zulu,” said Jesse.

In the 1970s, Johnny and Sipho Mchunu, a migrant worker and guitarist from KwaZulu-Natal, formed the band, Juluka. Their song Scatterlings of Africa launched their international career. Juluka disbanded in 1985. Johnny formed another band in 1986, called Savuka.

Although the book spans Johnny’s interesting and colourful life, it doesn’t touch on his private life or family life, said Thamm.

The book doesn’t feature us because we weren’t born yet, said Jesse.

Speaking about the process of putting the book together, Jaron said that his dad “forced himself to write this book”.

“He had it on his phone, his laptop and at some point, we almost lost the whole book and then we had to retrieve it for him,” said Jaron.

Both Jaron and Jesse said that they were “pleasantly surprised” about some childhood anecdotes their father shares in the book, which they weren’t privy to. “[This book] is a gift he gave us to dive deeper into his life,” said Jaron.

In terms of celebrating Johnny’s legacy, Jesse said that “the idea of human connections beyond politics and religion is something my dad would be smiling about if he knew that’s the legacy he’s left behind”. DM

Dearth of a (good) salesman: There is an art to selling when done right, says entrepreneur extraordinaire Richard Mulholland