What are the future challenges of Marine Protected Area...

A better tomorrow: The challenges and changes of Marine Protected Areas 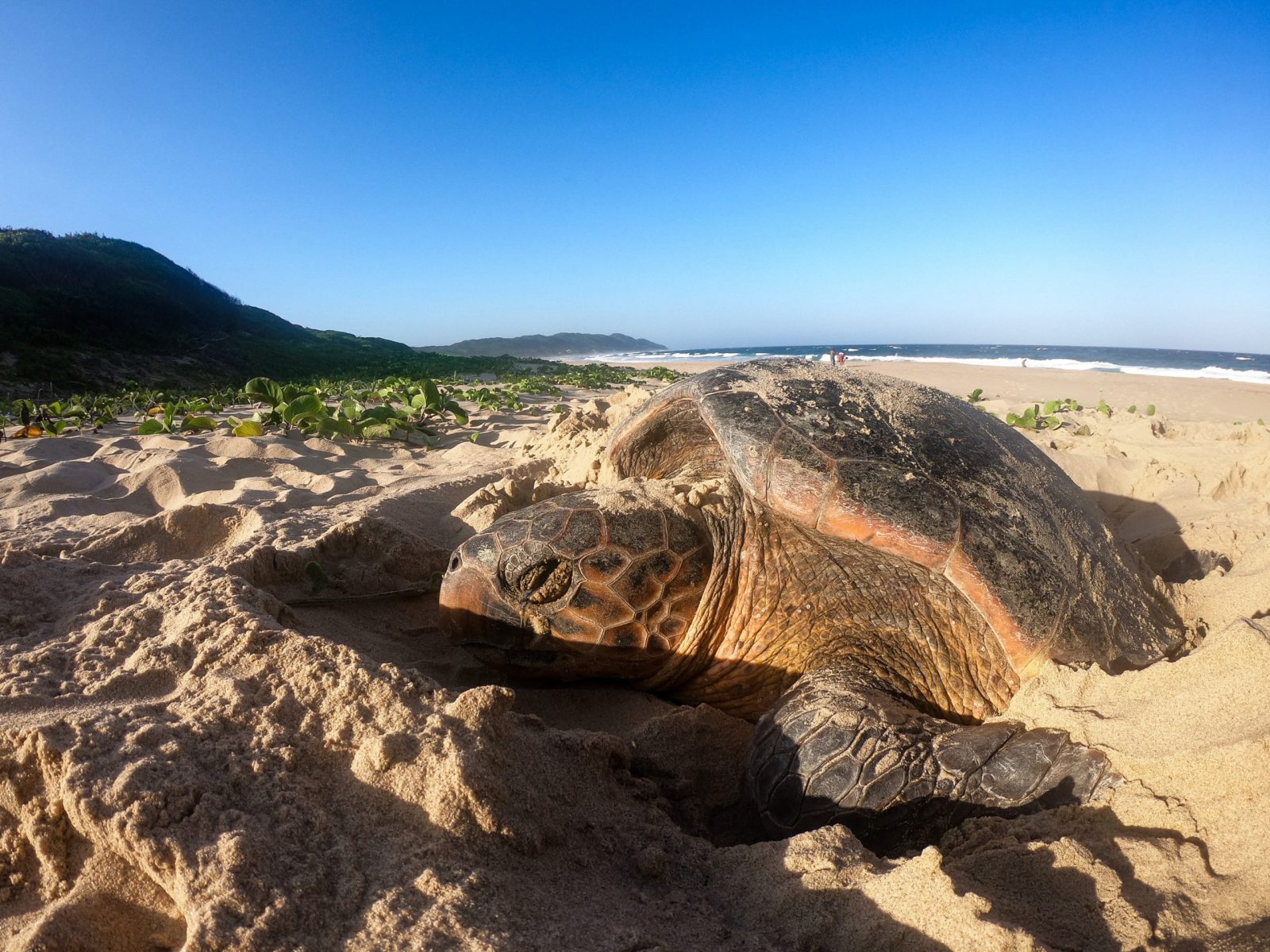 A sense of exclusion among coastal communities could hold back the drive to extend marine protected areas. Maxcine Kater reports on efforts to change that.

When Steve Nkosi (not his real name), his family and neighbours want fish to eat, it’s never a struggle to catch them. They live in Mabibi, a remote community on a narrow stretch of land between the sea and Lake Sibaya in northern KwaZulu-Natal.

Fish are abundant here, partly because commercial fishing is not allowed. Mabibi falls within the iSimangaliso Marine Protected Area (MPA), where regulations for inshore and offshore areas and designated zones restrict certain fishing practices or equipment or bar entry to fishing vessels. It makes up part of the iSimangaliso Wetland Park, a Unesco World Heritage Site, which attracts tourists from far and wide. Many stay in guest lodges in the area, which provide jobs for some of Nkosi’s neighbours in a part of the country where formal employment is scarce.

But, as tangible as these benefits are, many people in Mabibi and other far northern parts of the World Heritage Site feel excluded, said Nkosi. Some feel that the environmental regulations, all geared towards protecting pristine natural heritage, restrict them from doing what they need to do to survive, as their families have done for many generations.

Such sentiments were widely expressed when people in the Kosi Bay area were interviewed in 2011 and 2012 about the case of a 54-year-old man, Makotikoti Zikhali, who was sentenced to five years in jail for killing an endangered loggerhead turtle.

Simo Ngubane, of the dune forest of eNkovukeni, a pristine peninsula of land between the Indian Ocean and the Kosi Bay lake system, said: “That jail sentence was wrong. Yes, it’s not right to kill a turtle. They are vulnerable. We all know that, but some people kill them for food, just like people here also eat monkeys.

“We do not kill monkeys because we do not want them here,” he added, pointing into the trees. “We, the people of eNkovukeni, know animals, we … live with them, protect them.”

Ten years on, not much has changed for the people of eNkovukeni. And, as so few have derived direct benefits from living within a World Heritage Site, talking of the wonders of MPAs means little to them.

But in other areas of the park, local communities have started to see benefits, particularly in jobs created by tourism enterprises.

Nkosi, who asked not to be identified lest it affected his job with an environmental organisation, said education would help people understand why MPAs are needed – and how they can, and do, benefit from them.

“If researchers came down and told the people that in 2050 there would be more plastic in the ocean than fish, the community would understand and try to help. They would think about their children and their grandchildren’s future,” said Nkosi.

“We need to highlight the important role [MPAs] play in ensuring healthy marine life,” said Dr Judy Mann, a conservation strategist with the South African Association for Marine Biological Research. “But we need to look beyond fauna and flora within the MPAs, and understand the benefits to nearby communities, such as the role of MPAs in attracting tourists, creating jobs for local people.”

But these efforts, she said, were hampered, on the one hand, by widespread public ignorance of MPAs, and on the other by a sense among many people living within or near protected areas that they had been left out of the decision-making process.

Makeba – who also asked that her real name not be used lest she be victimised – was born in 1969 in Ntubeni, on the Wild Coast, in what would later become the Dwesa-Cwebe MPA. She remembers her parents harvesting mussels to feed the family. She said they would also catch crayfish and abalone, which they would sometimes sell to tourists.

But over the years things changed for the worse, she said.

The former Transkei government decreed Dwesa-Cwebe a marine reserve in 1991 under the Transkei Nature Conservation Act and it was re-proclaimed under the Marine Living Resources Act of 1998.

“Generations and generations have been making a living using the ocean and now the government has discovered a different way of doing things,” said Makeba. “For someone to go to the ocean there must be a permit. The permit was not easy to get. You would have to register and they (permits) would go get made in East London and you get them some other time,” said Makeba.

However, the department denied it was onerous for locals to get permits.

“Permits are free for community members and they do not need to go to East London. While it is true that department officials are based in East London, these officials travel to visit and service the communities whenever there is a need to do so,” said department spokesman Zolile Nqayi.

Makeba said the restrictions had cultural and medicinal consequences too. “Sometimes when your body is not feeling well, we would go to the ocean and bring pots and boil water there by the coast under the trees. When you were done you would enema yourself with the syringe and clean your digestive system. The ocean was also healing us.”

Makeba said she felt the government should have discussed the regulations with the community before imposing measures that separated people from the sea.

But Nqayi insisted that the Dwesa-Cwebe community had a right of access to the protected area, although all activities within it were governed by the National Environmental Management: Protected Areas Act. Provided they had a permit, locals could fish in the MPA. And so long as they could confirm that they were members of the Dwesa-Cwebe community, they were given the opportunity to harvest thatching grass and reeds under a natural resource use plan.

There were limits, however. “Grazing of domestic animals within the reserve is not allowed as per the Act,” said Nqayi.

Nokuthula Ngubane, who lives near the ocean and works for WildOceans, part of WildTrust, an environmental NGO, sees pros and cons in living in or near an MPA.

“The good thing I can say about staying near an MPA is that I don’t have to pay for any of the attractions. I stay 10 minutes away from the ocean and I just walk there to swim and enjoy the beauty of the ocean freely…

“I consider myself lucky that I get to see loggerhead or leatherback turtles when they come to nest,” she said.

“And as I stay in a rural area, the ocean provides a way of sustaining our families since we can fish to eat or sell.”

People’s appreciation of MPAs also helped to counter wildlife crime – as did involving them in conservation efforts, said Ngubane.

As part of a drive for increased ocean protection, the recently formed Youth4MPAs has grown a countrywide coastal network, from KwaZulu-Natal to Cape Town, to promote the benefits of MPAs.

“It’s an ongoing awareness movement to foster lifelong appreciation and protection of our oceans,” said Youth4MPAs spokesperson, Merrisa Naidoo. “The reality is, without our contribution towards ocean conservation, the majority of marine life faces an uncertain future. And without a healthy marine ecosystem we too face an uncertain future. Young people owe [it] to themselves and the future generations to create a better tomorrow,” said Naidoo. Roving Reporters/DM168

A better tomorrow: The challenges and changes of Marine Protected Areas