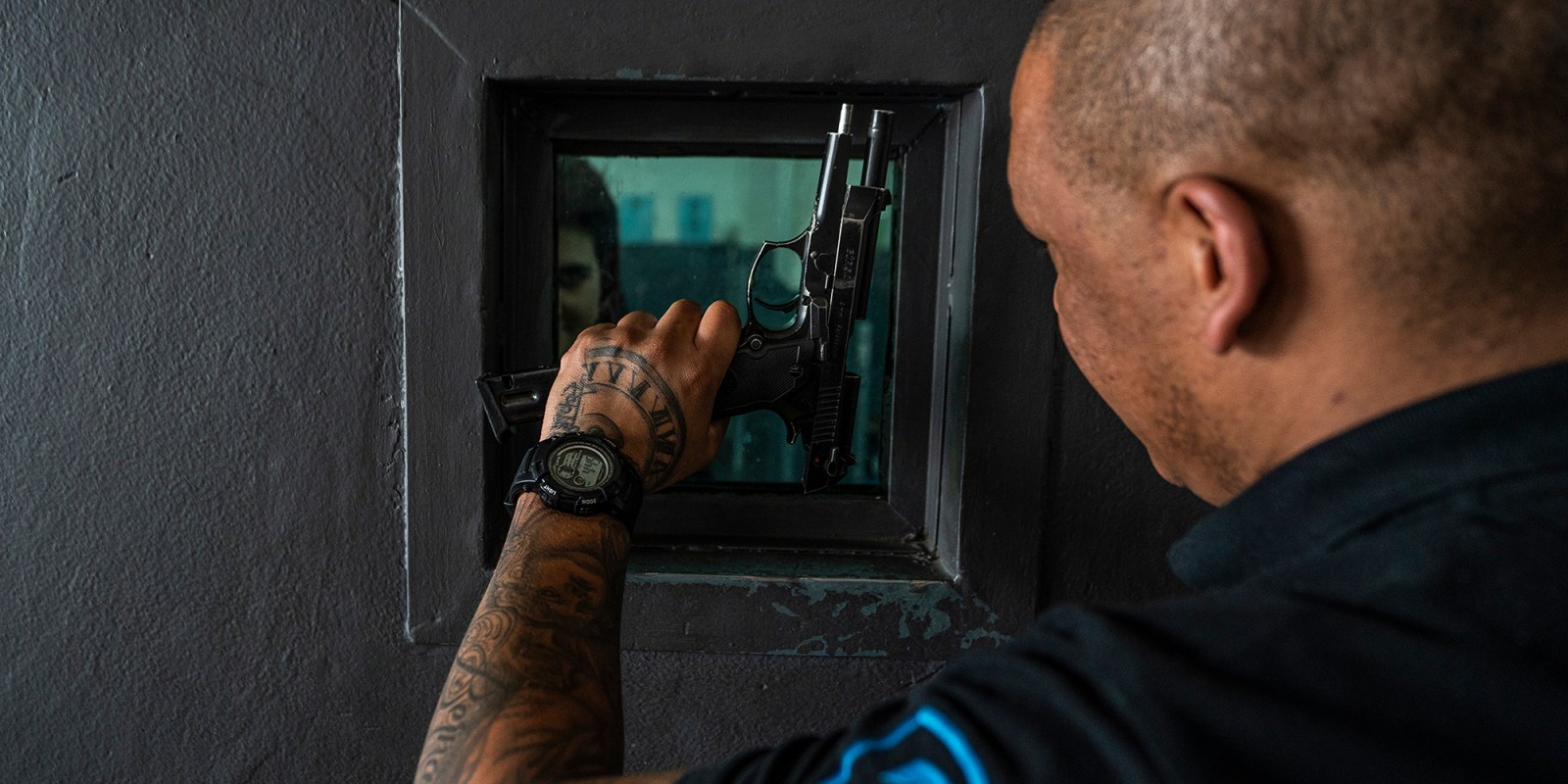 Cash-in-transit crimes, robberies and burglaries rose after the hard lockdown. The Post Office was a particular target of crooks posing as government officials.

The Covid-19 pandemic has not just been an opportunity for various vultures to feast on the carcass that is the South African state via shoddy personal protective equipment (PPE) and “communications” tenders such as the despicable Digital Vibes scam.

It has also presented bank robbers with opportunities galore, and not just because wearing a mask no longer draws attention when you enter a bank. Interest rates may have been cut to historic lows over the course of the year, making money cheap. But not cheap enough for some, it seems.

“Overall, Sabric has seen an increase in banking crime incidents,” it noted. Indeed it has. For starters, digital banking fraud surged 33% in 2020.

“As customers turned to online shopping and settling payments on app, criminals enhanced their efforts to phish customers to steal their personal data to defraud them on digital and online platforms,” Sabric said.

“Contact crime” fell because of restrictions in movement and ATM attacks fell 9% in 2020 compared with 2019. But “ATM explosive” incidents spiked by 20%.

These guys are clearly fast learners, and scored a pass rate as a result. If at first you don’t succeed, add TNT.

But using a grinder to access an ATM fell out of favour. Such incidents declined 44% in 2020.

“This can be attributed to the effective monitoring of ATMs for signs of a grinding in progress, for example, a loss of signal along with prompt responses from reaction teams,” Sabric said. 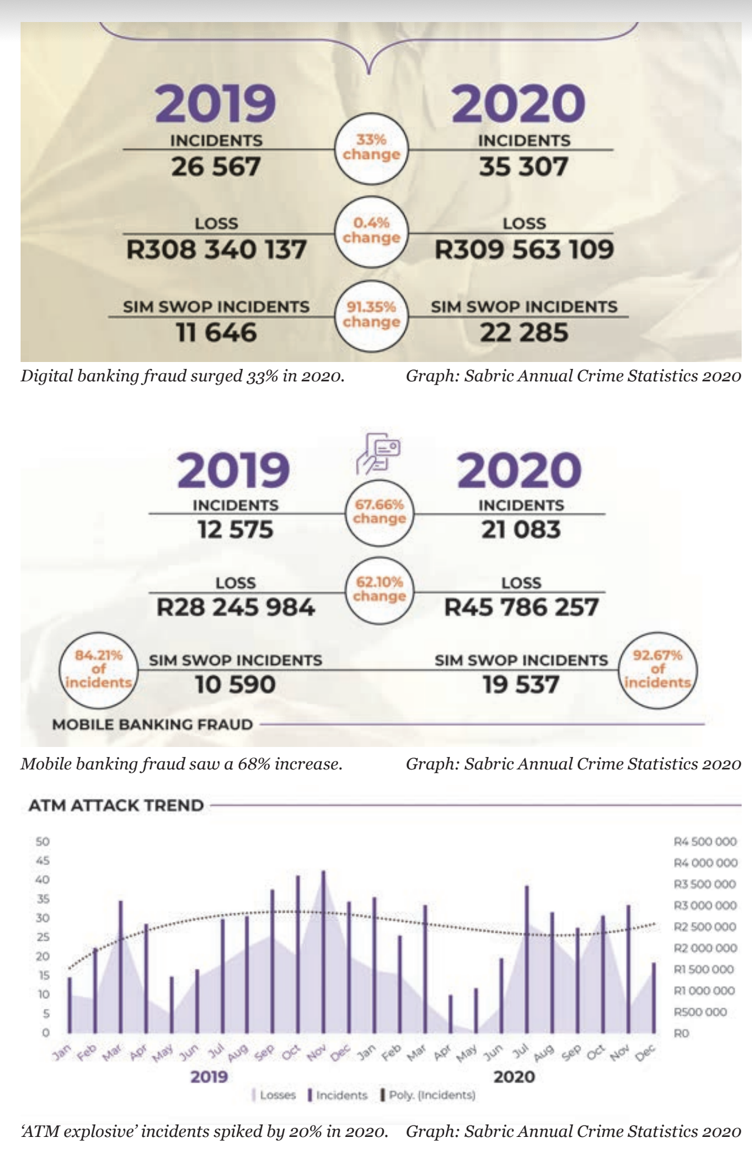 Cash-in-transit robberies were initially quelled by the initial hard lockdowns and then shot up – a possible case of pent-up criminal demand.

“Cash-in-transit (CIT) robberies decreased significantly due to the Level 5 lockdown in April and May of 2020, but once restrictions were lifted, these increased again by 22% as criminals were able to move with fewer restrictions and fear of roadblocks and searches,” Sabric said.

“Robberies and burglaries also increased by 42% and 12% respectively,” it said.  The Post Office was a standout on the robbery front.

“The robbery of cash and assets at Post Office branches constituted most robbery incidents. Again, criminals took advantage of Covid-19, disguising themselves as government officials and claimed they were dispatched to conduct Covid-19 compliance inspections to gain access and rob the branch. It is believed that additional security measures will mitigate these robberies,” Sabric said.

There is a rich irony in someone having to disguise themselves as a “government official” in South Africa to commit a robbery. Most robbers of that ilk hide in plain sight. DM168