Gift of the jab: Six tips for speaking to the unvaxxed 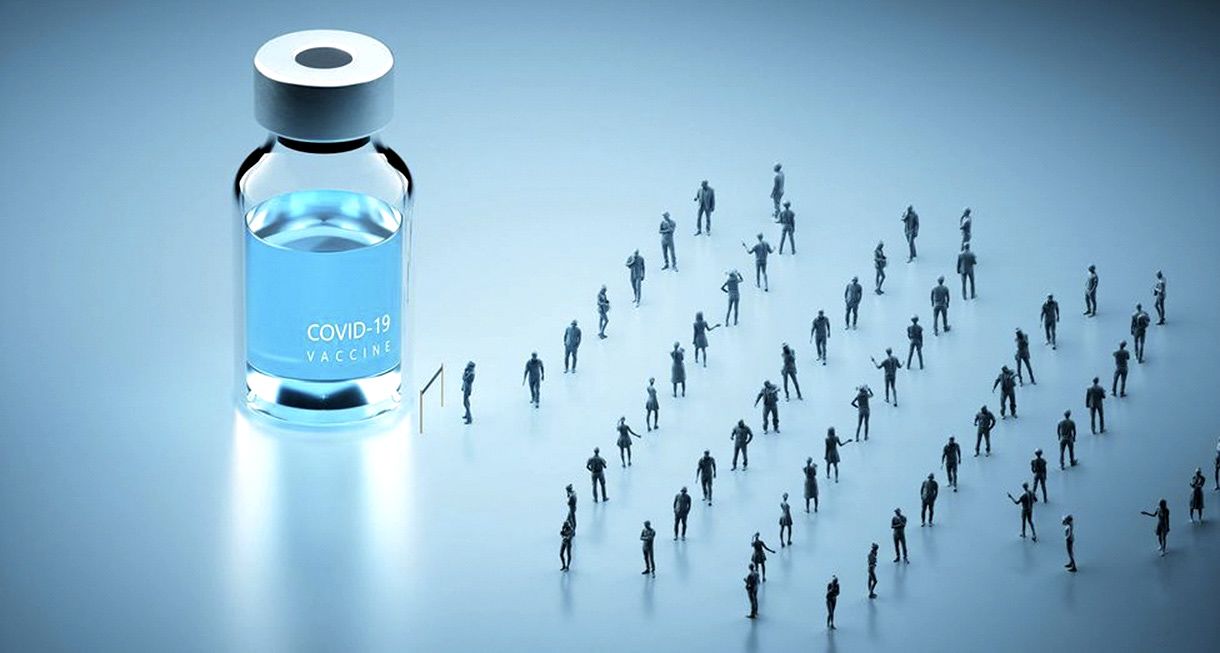 Describing people as ‘vaccine hesitant’ can be misleading, as many people may actually be ‘vaccine ready’ and simply waiting for the right circumstances to get their jab. (Photo: bbc.com / Wikipedia)

Early polls showed two thirds of South African adults were willing to get a Covid vaccine when it became available. But this hasn’t necessarily translated into uptake. With so many people on the fence, here’s how to get them on board.

“The best thing to do is to get as many people vaccinated as quickly as you possibly can,” said infectious diseases expert Anthony Fauci when Bhekisisa asked him about the goal of herd immunity — when a large enough portion of a population acquires immunity against a disease, either from prior infection or from vaccination, to break the chain of transmission.

Early in Covid vaccine trials, surveys showed that more than two thirds of adults globally said they would be willing to get on board when a vaccine became available. This was promising, but willingness to get vaccinated doesn’t necessarily translate into uptake. Also in South Africa, at least one poll showed similar results, yet so far just more than 32% have followed through with getting at least one vaccine dose.

There is some good news, though.

According to a report in the New England Medical Journal many people described as “vaccine hesitant” are in fact not outright resistant to getting the jab, but simply waiting for the right nudge. Of the almost 140,000 people surveyed, 40% had already been vaccinated and 11% were hardline refusers, who said they were very unlikely to get the jab. This means close to half of the sample in the study were sitting on the fence — “vaccine ready” and waiting.  This study was not conducted in South Africa.

Here are six things to consider to help turn ready and steady into go:

Know who you’re talking to

To persuade people to get vaccinated, messages have to be tailored to the intended audience.

For example, a study in the UK showed that people who are vaccine-ready and actively looking to get the shot may be receptive to messages about the public health benefits of being vaccinated — meaning they want to get vaccinated to protect themselves and others. In contrast, people who are hesitant appear to be less interested in the greater good and respond better to learning what’s in it for them.

A 2021 study from the US had a similar result: messages focused on personal benefits had the greatest impact in convincing people to get vaccinated. Although we might wish for a society that prioritises the wellbeing of others, it might serve us well for now to be somewhat less ideological and focus instead on individual benefits — for the greater good.

Get the word out — quickly

Strike while the iron is hot.

A study published in the journal Nature in August found that the timing of vaccine messages can boost appointments and subsequent vaccinations. In this study, participants in the US were randomly assigned to one of two groups and were then sent a text message inviting them to schedule their vaccine appointment shortly after they became eligible to register.

Simply making the booking also boosted follow-through. Nearly 90% of participants who made a booking after receiving the nudge kept their appointments — and almost everyone who received their first dose also booked their second.

This points to the importance of encouraging people to schedule their first shot. A similar trend was seen in an earlier study designed to boost uptake of the flu vaccine. Vaccination reminders sent to people before their regular, unrelated primary healthcare visits increased vaccination rates by 5%.

Allay people’s fears — first with empathy, then with evidence

The flip side of the unprecedented speed with which Covid-19 vaccines were rolled out is that it has contributed to questions being raised about their safety.

Studies on people’s attitudes towards vaccines, from countries as diverse as Jordan and the US, show that fears about ingredients, safety and what many perceive as rushed approval processes deter people from getting vaccinated.

Although there is overwhelming evidence that the vaccines are safe and effective, it is important to acknowledge that people’s fears are valid. Showing empathy when talking to people who are reluctant or uncertain may help to make them more receptive to balanced, evidence-based messages.

It’s equally important to be honest about issues such as the common occurrence of minor side-effects — and to use evidence to contextualise the extremely rare risk of severe side-effects.

For instance, the scaremongering media coverage about blood clots developing after getting the Johnson & Johnson (J&J) or AstraZeneca vaccine created the impression that clots occur far more often than they do.

Investigations by international medicine regulators showed that the risk of developing a blood clot after getting the jab was very low — less than one in a million for J&J and between four and six in a million for AstraZeneca. Typically, a very rare adverse event after taking a medicine is defined as affecting fewer than one in 10,000 people, but in this case the chances of developing blood clots were deemed really slim, and the vaccines were cleared for use after the temporary pause.

Don’t be afraid to drop a name or two

If Elvis could do it, so can you.

In 1956, rising rock ’n roll star Elvis Presley appeared on public television getting his polio shot at a time when vaccine uptake was precariously slow. The Elvis effect seemed to have helped to spur US teenagers to launch campaigns to recruit their friends. Vaccinations surged, and by the next year active cases of polio had dropped from 15,140 to 5,485. Five years later, by 1962, fewer than 1,000 cases were reported.

Studies about social influence on boosting the uptake of flu vaccines suggest that talking about other people getting their shots might help to improve the uptake for Covid-19 vaccines, too. It need not only be social influencers– even examples from within a peer group can help to nudge people to get on board.

Don’t focus on hardline refusers, try to convince those sitting on the fence

A small percentage of people say they will never get the jab — and studies suggest that chances are slim that they will change their minds. In the US, they number about one in eight people, in South Africa, it’s about one in 15 (although the proportion may differ in pockets of the population).

The uptake among vaccine-ready people can change over time, but hardline anti-vaxxers almost never change their minds. So trying to persuade committed anti-vaxxers is likely to be a waste of time and money; it’s more effective to focus on people who are vaccine-ready and receptive to new information.

Historically, vaccination campaigns focused on busting myths and providing evidence-based information about vaccine safety and benefits. Yet, opposition to Covid-19 vaccines (and non-pharmaceutical interventions such as wearing masks and physical distancing) seems more strongly rooted in people’s lack of institutional trust, and even a mistrust of the government in general when faced with a large-scale epidemic.

A separate — but valid — issue is a distrust of vaccines that stems from historical injustice and inequality. For example, American intelligence services used a vaccination campaign in Pakistan as a cover to capture Osama bin Laden — a nugget used effectively by the Taliban to discredit subsequent vaccination drives in that country.

Historic racism has also contributed to lower trust in many communities of colour — and has been so pervasive that the effect is seen even among healthcare workers. Low levels of trust are compounded by many of these communities still experiencing obstacles in accessing medical care for Covid-19.

In the end, turning nudges into numbers may be more about how we talk to the unvaccinated than what we say. DM/MC