Pillars of an action plan: South Africa’s youth step up to the climate challenge 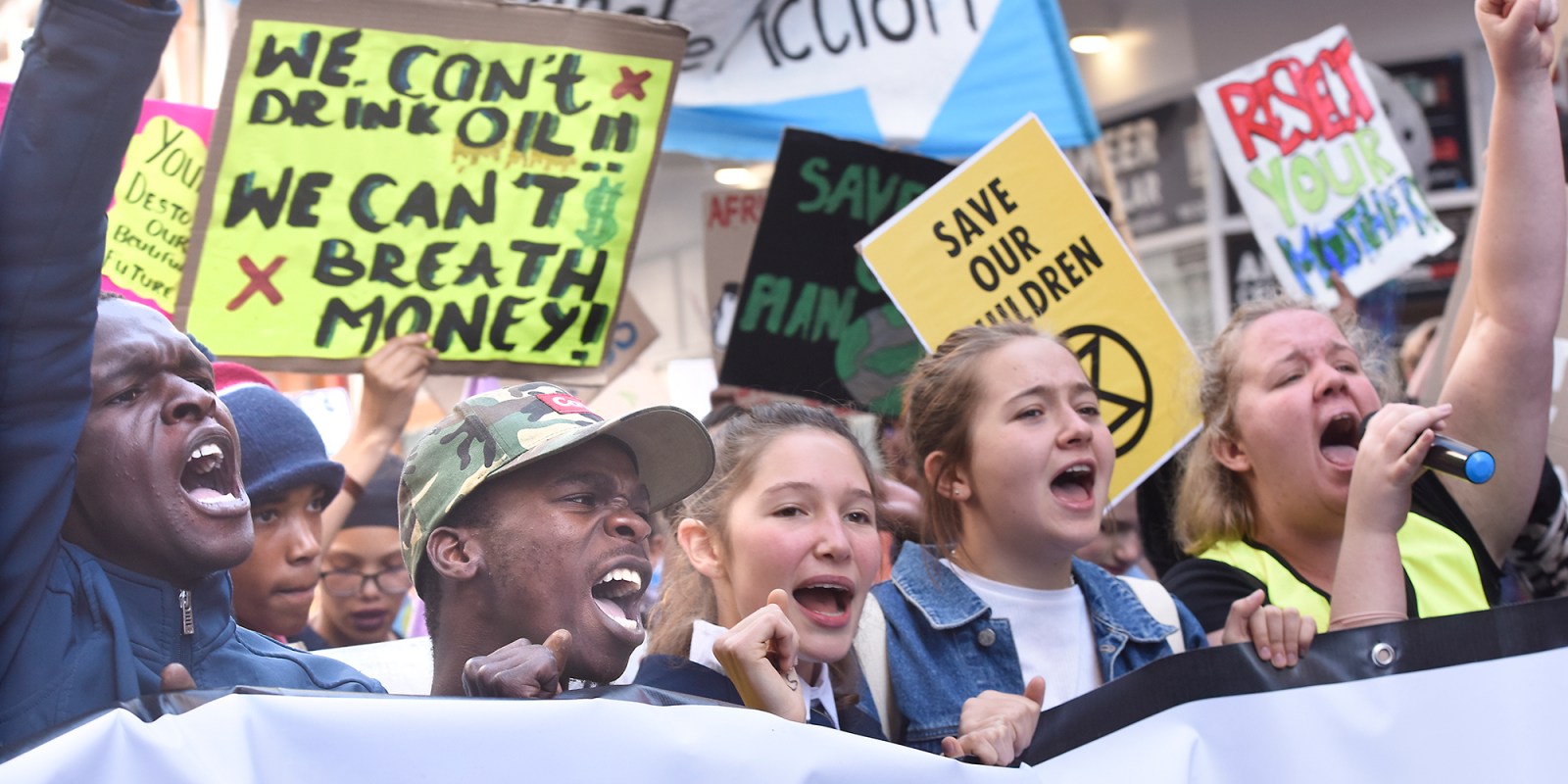 South African youth have made it clear that their voices go beyond being tokens at climate action discussions and have taken action by drafting steps to climate action in line with a future that they would like to live in.

The youth have been driving climate crisis activism globally and nationally, and if their voices weren’t loud enough to encourage leaders to take climate action before, they have once again gathered to vocalise their climate concerns – this time by drafting the first national climate action document by the youth.

The policy, which goes by the name The South African Youth Climate Action Plan (SA YCAP), is a call to national stakeholders. It also appeals to the global community to honour their climate pledges on adaptation and mitigation.

Convened through the Youth Programmes at the South African Institute of International Affairs ([email protected]) in partnership with various organisations, schools, and university groups across South Africa, the document was drafted by young people between the ages of 13 and 30.

Nadia Odendaal, SA YCAP provincial lead, said at the launch, “Climate justice is truly social justice … I’ve come to realise that whatever social justice issue you’re interested in, whatever you think the biggest problem facing the world is – it is tied to climate change. We can’t ignore that. That is why I’m so proud we’ve managed to produce an intersectional document that I really hope represents a diverse group of young people and our wishes … for the future.”

The SA YCAP document acknowledging the social inequalities was important in ensuring that climate justice underpins climate solutions, the plan showed. This was based on the fact that different factors contribute to the way in which society experiences the climate crisis, such as race, gender, disability, geographic location, and so forth.

“By highlighting these systemic issues, we ensure that no one is left behind and that the most vulnerable in our communities do not become shock absorbers for impacts of climate change,” the document read, adding that inclusion was key to developing a just transition and green recovery.

Fossil fuels and the future

The document’s fifth pillar, environmental sustainability, emphasises the importance of sustainability over profit. The pillar particularly addresses concerns of water scarcity, biodiversity and ecosystems, agriculture and the notorious fossil fuel industry and its pollution.

“Emissions from fossil fuel combustion are not only a major driver of climate change but also pose health risks through the release of air pollutants. We stress the need for adequate measures to counter the synergy between air pollution and climate change, and its contribution to environmental injustice,” the SA YCAP said.

The youth made a call to counteract adverse health impacts caused by air pollution from fossil fuel burning by;

The calls made by the SA YCAP in their fifth pillar are central to calls made by youth recently as they participated in global climate strikes. The strike, also led by the youth, called for transformation in the Department of Mineral Resources and Energy, particularly calling for the minister of the department, Gwede Mantashe to step down as he was not adequately addressing South Africa’s energy concerns.

The document launches as the country prepares to head to COP26 at the end of October in Glasgow, Scotland, where South African leaders are expected to discuss plans of a just transition and other adaptation strategies that mitigate climate crisis effects.

A mammoth $10-billion is needed to carry out Eskom’s just transition and diversify its energy mix, so that no one is left behind as suggested by the youth in SA YCAP. Developed nations had previously pledged $100-billion per year until 2030 to developing nations, but have only honoured their pledge by almost $80-billion in 2019, the highest it’s been between 2013 and 2019. The Southern African Development Community received $1-billion per year between 2008-2019.

Time and again, the evidence has pointed to a “code red for humanity” seen in the Intergovernmental Panel on Climate Change report which also highlighted social and economic challenges that the climate crisis will exacerbate. It is no shocker that the youth will be significantly impacted by the effects of the climate crisis if no significant action is taken to curb the causes of the crisis that mainly revolve around the fossil fuels industry. This makes the voices of the youth pivotal to climate action discussions and efforts such as SA YCAP so important.

A recent report highlighted what life of the future generation would look like if carbon emitting activity were to continue under business as usual. The report paints a vivid picture of what the youth can expect, including migration to informal settlement, a decline in water quality and quantity and emotional stressors that come with lack of access to resources and displacement, among other scenarios.

Tebello Molisana, 22, said at the launch that climate crisis effects are evident in the lives of many, as seen through empty taps. She added that while South Africa was a vibrant country, it needed to be a prosperous society that is climate resilient.

“Youth organisations all around the country recognise this (the need for climate resilience). Through various dialogues and workshops, as well as stakeholder engagement, an action plan was devised. Embedded upon principles from the preamble to the considerate pillars, I support the YCAP because it recognises strategic foresights and upward mobility,” the student said.

The City of Johannesburg’s Climate Action Plan, was the first climate action plan the youth participated in – which got their voices heard and paved the way for the launch of SA YCAP. Celiwe Shivambu who co-hosted the launch of the SA YCAP said the plan was a living document and hoped that it would not sit and gather dust in the offices of officials.

Shivambu handed the document over to Funanani Muremi, Deputy Director International Climate Change at the Department of Forestry, Fisheries and the Environment (DFFE), and Neoka Naidoo, a member of the Presidential Climate Commission.

Muremi said the DFFE welcomes the action plan, will review it and hopes that it will further enhance the role of the youth in climate action.

“The department recognises the youth, not only as victims of climate change but as valuable contributors. And today, this launch really demonstrated that the youth can really play a role in climate action,” Muremi said.

Neoka said the SA YCAP demonstrated what acquiring one’s agency means. Naidoo added that she was excited about working with the youth moving forward.

Head of youth programmes at SAIIA Desirée Kosciulek said upon concluding the launch that the journey to drafting the SA YCAP was a journey that started 10 years ago at COP17. She added that the youth stood on the shoulders of those who came before them.

“What is so important to highlight is that youth are in fact leading and youth have been leading, and youth are not just futures of tomorrow, but are in fact the leaders of today. And in fact, we need to be paying attention to our young people, they’re telling us what we need to do and we need to listen. This has been made even more clear during Covid-19, when so many young people stayed home so older generations could stay safe – and now it’s time older generations do their part to take care of our younger generation so they have a better future,” Kosciulek said. DM/OBP

Pillars of an action plan: South Africa’s youth step up to the climate challenge