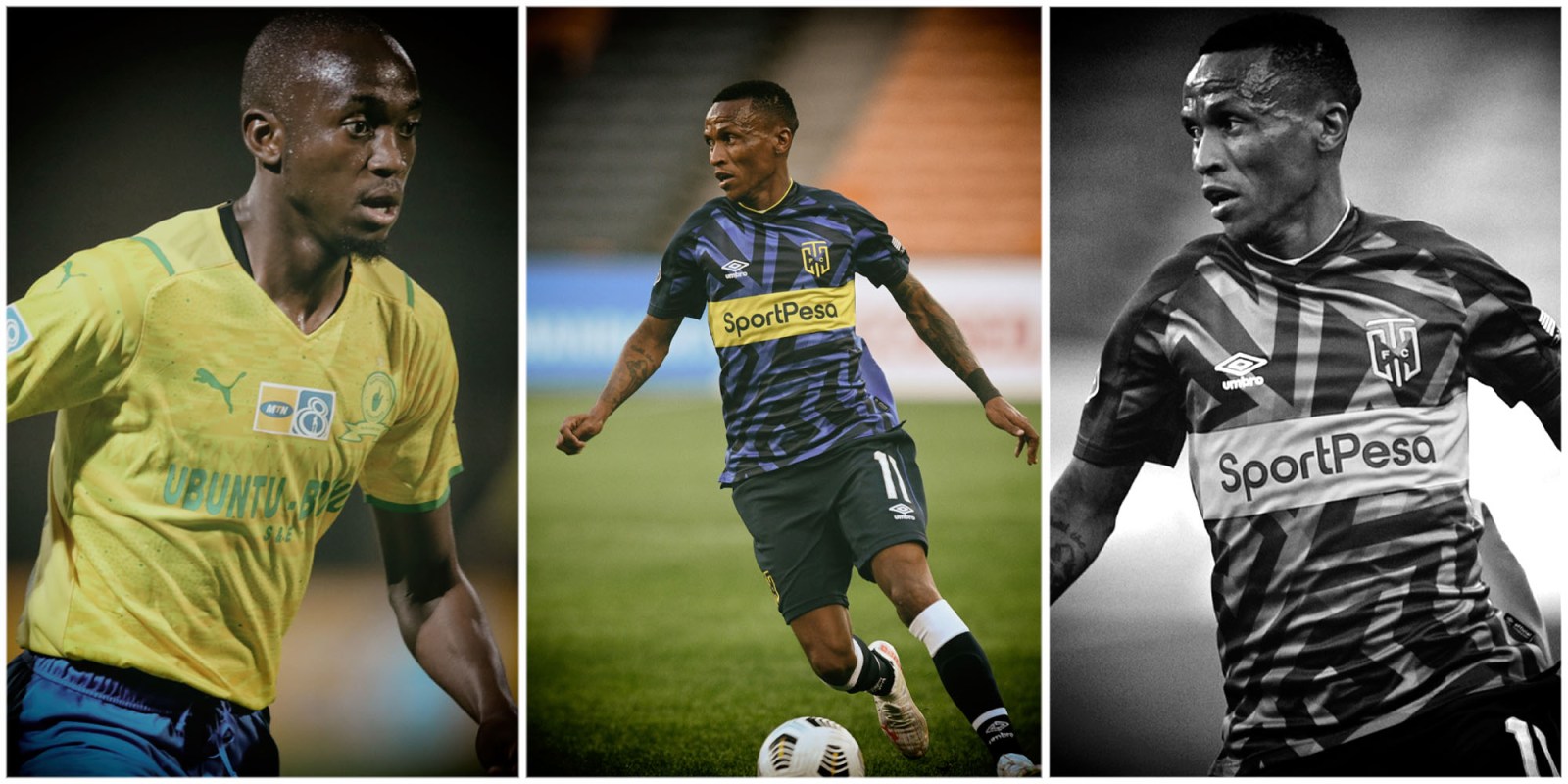 Mamelodi Sundowns and Cape Town City will clash in the MTN8 final after both emphatically bludgeoned their semifinal opponents.

They say lightning doesn’t strike twice in one place. However, on a stormy Wednesday evening in Soweto, Cape Town City’s Bradley “Surprise” Ralani thundered in a brace to see his side secure their place in the MTN8 final after seeing off Swallows 4-0 in the last four.

The first leg had ended in a 0-0 stalemate and both sides had struggled to find the back of the net in their previous matches leading up to the second leg. In fact, the two teams had only scored a combined tally of five goals in their previous five matches, with City scoring four and Swallows registering just a single strike.

“It’s a nice victory for us. After three games that we haven’t scored; today we scored four. It’s nice for the momentum and confidence going forward,” Ralani told SuperSport after being awarded the player of the match.

City coach Eric Tinkler echoed the sentiments of Ralani, also hoping that the team can gather momentum and push on from here.

“I’m happy for the team. We’ve been working extremely hard in the final third to score goals and we got them this evening. Hopefully, that now builds the confidence and morale of the team. The psychological side of the game is so important, and a lot of people don’t see that. We needed this result,” Tinkler commented.

Swallows are usually content to sit back and defend, catching teams on the counter-attack. However, after the Kimberly-born Ralani found a big hole in their defence on the cusp of halftime to net an away strike for the Citizens, the Birds were forced to come out of their nest and attack.

This allowed City the chance to find even more holes in the Swallows defence, with Fagrie Lakay and Edmilson Dove also finding the back of the net for Tinkler’s side to shoot down Swallows.

A day before the Citizens downed the Birds, Mamelodi Sundowns reached their first final in this competition since the 2016/2017 season, when they were demolished 3-0 by the now-defunct Bidvest Wits.

Masandawana came out of their second leg clash with Golden Arrows comfortable 3-0 winners thanks to goals from leading marksman Peter Shalulile and new recruits Divine Lunga and Neo Maema.

The emphatic victory saw the Chloorkop outfit defeat Abafana Bes’thende 4-1 on aggregate after a 1-1 draw in the first-leg clash.

The KwaZulu-Natal team would have been wary of the in-form duo of Shalulile and Thabiso Kutumela after the deadly attackers tormented the Orlando Pirates defence as Masandawana secured a 2-0 victory over the weekend in the DStv Premiership.

The duo was able to carry that form into the cup clash as Kutumela’s low shot was blocked by goalkeeper Sifiso Mlungwana and Shalulile scored from the rebound to hand Sundowns a 1-0 lead just four minutes into the encounter — making it five goals in four matches for the Namibian goal poacher.

“It was very important for our players to come into this match with the mentality to know that we must book a place in the final, and when we are in the final at that time we will be talking about making sure that they must create a legacy.

“The team has won other trophies, but they’ve not won the MTN8 since 2007. We want to tread carefully, we want to keep our feet on the ground and focus as much as we can,” said Sundowns co-coach Manqoba Mngqithi after the match.

“It’s our target; the message was very clear from the beginning from all of us as the coaches that this crop of players must also make their own legacy. They’ve got a responsibility; to others the MTN8 might not be that prestigious a trophy, but to us and the new generation it’s very important to say we won the MTN8 Cup that was elusive for so many years.”

The final will be contested on 30 October, in a yet-to-be-determined venue. DM